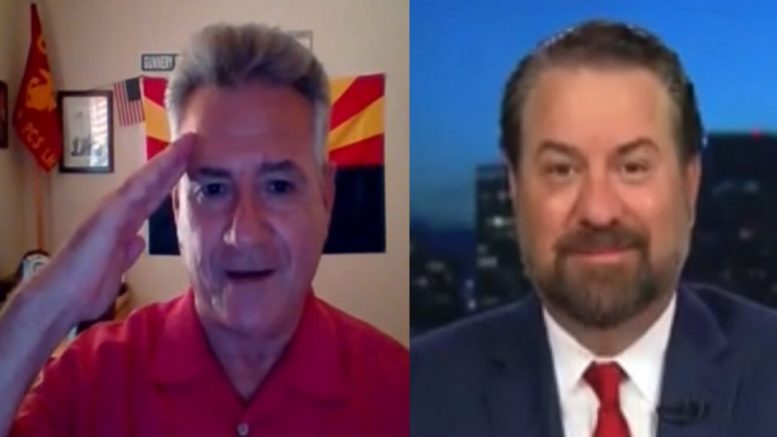 Sonny Borrelli, Arizona State Senate Majority Whip (R), spoke with OANN’s Natalie Harp on “The Real Story” after he filed a 1487 request to Arizona Attorney General Mark Brnovich (R), calling for an investigation into the Maricopa County Board of Supervisors (MCBOS) as the County defied the subpoena from the state Senate.

Arizona State Senator Wendy Rogers (R) tweeted, on Tuesday, the filed request to Attorney General Brnovich, announcing her support. “Hope the [AG] lays the smack down. Throw the book at them!” she declared.

Asked how soon does he think he will receive an answer from Arizona Attorney General Mark Brnovich, State Senator Sonny Borelli told OANN’s Natalie Harp, “I’m really confident the attorney general will follow through with this.”

Asked if AG Brnovich cares what the Arizona lawmakers are working on, or if it’s all part of show, Senator Borelli replied, “We shall see. I’m not gonna question his integrity. He did fight for Arizona on challenging– on fighting back and making sure our ballot harvesting law stayed intact in the Supreme Court. He has done several amicus briefs during this challenging process.” Continued Below

Asked how long Arizona Attorney General Mark Brnovich has to respond to his letter, Borelli said, “This is pretty much handed to him on a silver platter. Normally, this would take a 30 day window, but since he’s already weighed in on our favor with the courts, it’s already done. This didn’t get blindsided to them.”

“They knew this was coming, and you’re right; it’s a no brainer. The statute is pretty clear: contempt and disobedience of a subpoena is a class II misdemeanor. … The attorney general has already pretty much been briefed on this because when we were fighting with Maricopa County earlier this year. Enough is enough. It’s time for us to get it done. I’m hoping we will see something within the next 7 days,” Mr. Borelli added. Video Below

State Senator Sonny Borelli’s full remarks begin at the 7:05 mark in the video: