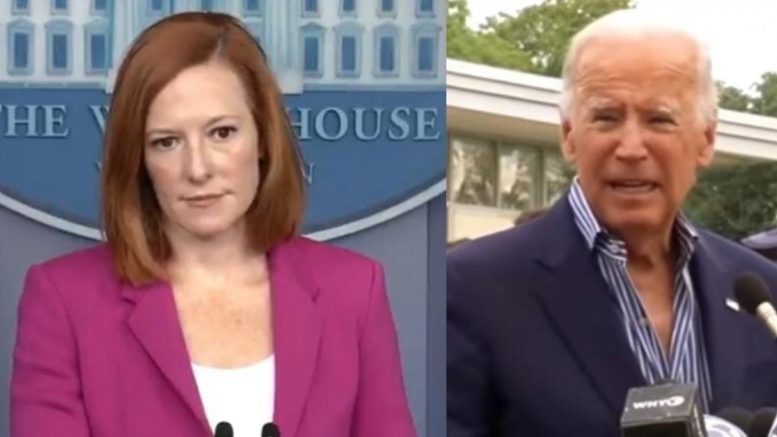 “He should resign,” Biden told reporters at the White House on Tuesday.

Asked whether Cuomo should be removed from office if he refuses to resign, Biden said, “I understand the state legislature may decide to impeach, I do not know that for a fact.”

During a press briefing at the White House on Wednesday, press secretary Jen Psaki was asked by a reporter over whether there “should be an independent investigation” into Joe Biden’s alleged sexual misconduct. Continued Below

“In a follow up to the report on Governor Cuomo’s sexual harassment, a lot of men in politics have been accused of sexual harassment. President Biden was accused by female secret service agents of skinny-dipping in front of them, offending them. … His former senate aide Tara Reade accused him of sexual assault. The New York Times and the Washington Post published multiple accounts of women, who objected to the way President Biden touched them,” a report told Psaki.

“Should there be an independent investigation of allegations into the president as there was into Governor Cuomo?” the reporter inquired.

Psaki diverted from the direct question, but replied, “The president has been clear and outspoken about the important of women being respected and having their voices heard, and being allowed to tell their stories, and people treating them with respect. That has long been his policy. It continues to be his policy.” Video Below

“That was heavily litigated during the campaign,” Psaki claimed, although she did not elaborate on where the allegations were litigated and by whom. “I understand you’re eager to come back to it, but I don’t have anything to further add but to repeat that he has called for the governor to resign.”

Q. Biden's "former senate aide Tara Reade accused him of sexual assault…Should there be an independent investigation of allegations into the president as there was into Governor Cuomo?" pic.twitter.com/AIidkiQHwG

There should “absolutely” be an investigation into Biden’s conduct, Reade tells me.

“I’ve already said multiple times I will go under oath and I will testify to what I endured regarding sexual harassment and sexual assault in 1993.”https://t.co/CV1U297SHr

Sen. Graham On Democrats: “God Help Us All If We Don’t Check And Balance Them In 2022”