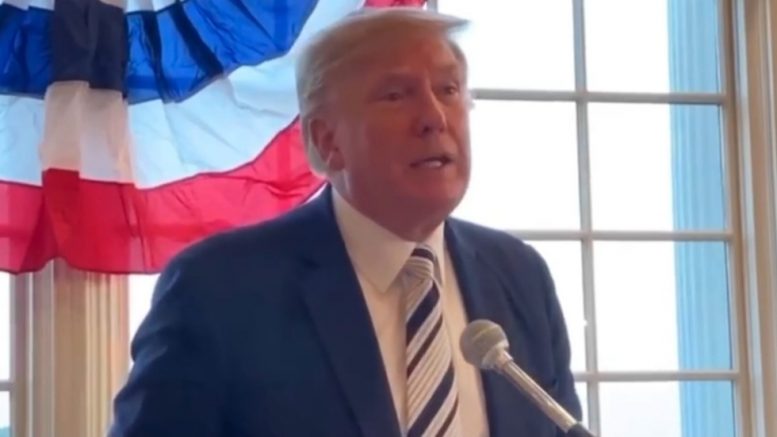 45th President Donald Trump appeared to suggest he could be ‘back’, but stopped short of clarifying himself.

The situation unfolded as the former President spoke to a group of supporters.

In a video that surfaced on Telegram, a female is heard yelling, “We need you back!”

The audience welcomed the remark with hoots and hollars. Video Below