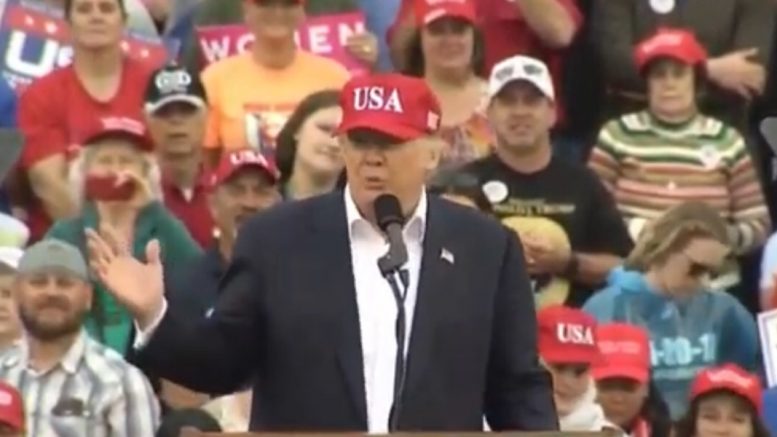 45th President Donald J. Trump issued a statement via email on Monday from his “Save America” PAC announcing that he “will deliver remarks at a major rally in Cullman, Alabama, on Saturday, August 21, 2021, at 7:00PM CDT.”

All requests for media credentials must be submitted by Thursday, August 19, 2021, at 8:00PM EDT. Continued Below 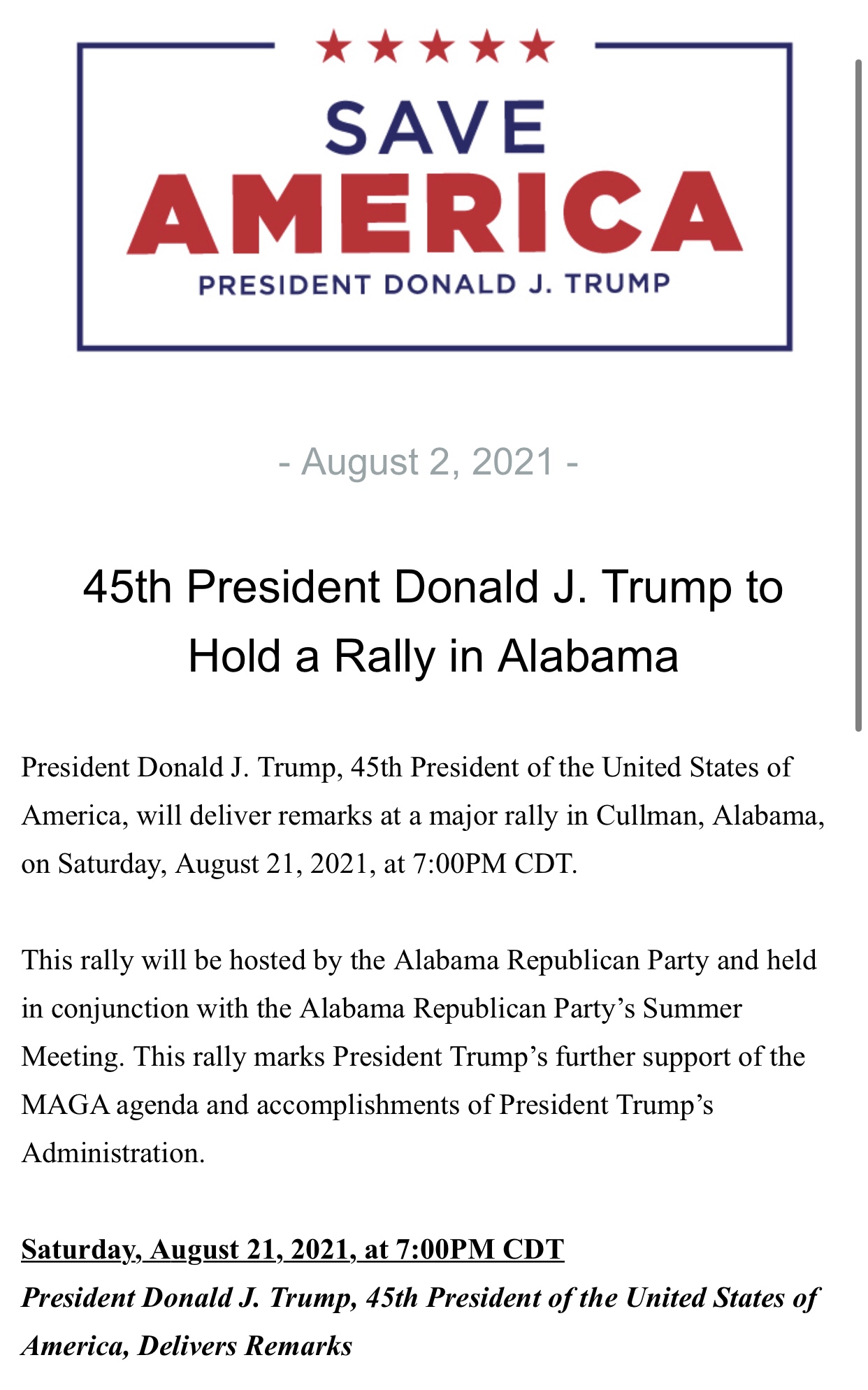 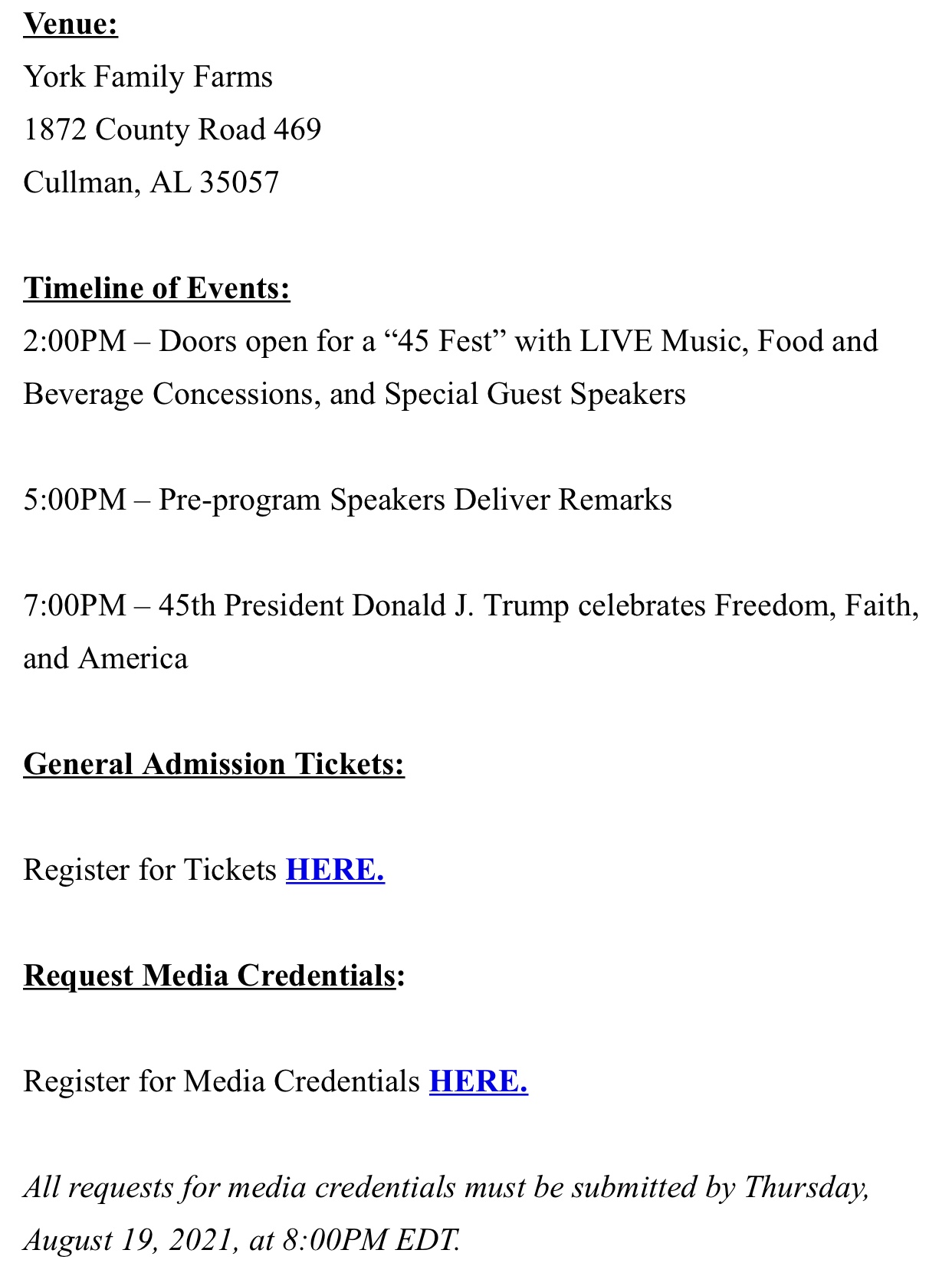