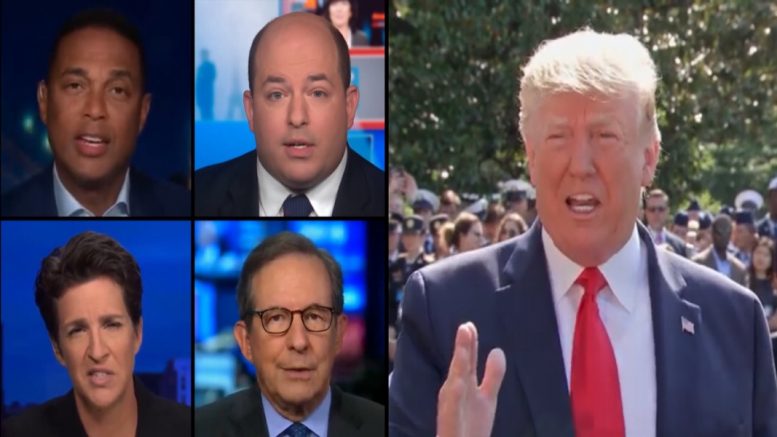 45th President Donald J. Trump issued a statement on Monday via email from his “Save America” PAC predicting that if he were still in office, “the Fake News Media would be having an absolute field day” as COVID is reportedly “raging back”, crime is surging in major cities, and the U.S. southern border is now less secure under the Biden administration.

Trump, in his statement, touted a few of his major accomplishments during his presidency and hoped that Americans will “NEVER FORGET”– his America first leadership.

If I were President right now, with COVID raging back, people being shot and killed in record numbers all over our cities, and the Border totally open with criminals and heavily infected COVID people pouring through our Southern Border and into our communities, the Fake News Media would be having an absolute field day.

When I left office, law enforcement was supported like never before, the Border was strong, safe, and secure (the best ever!), and I got a highly effective vaccine developed in less than 9 months (when it was supposed to take 5 years, or more!). 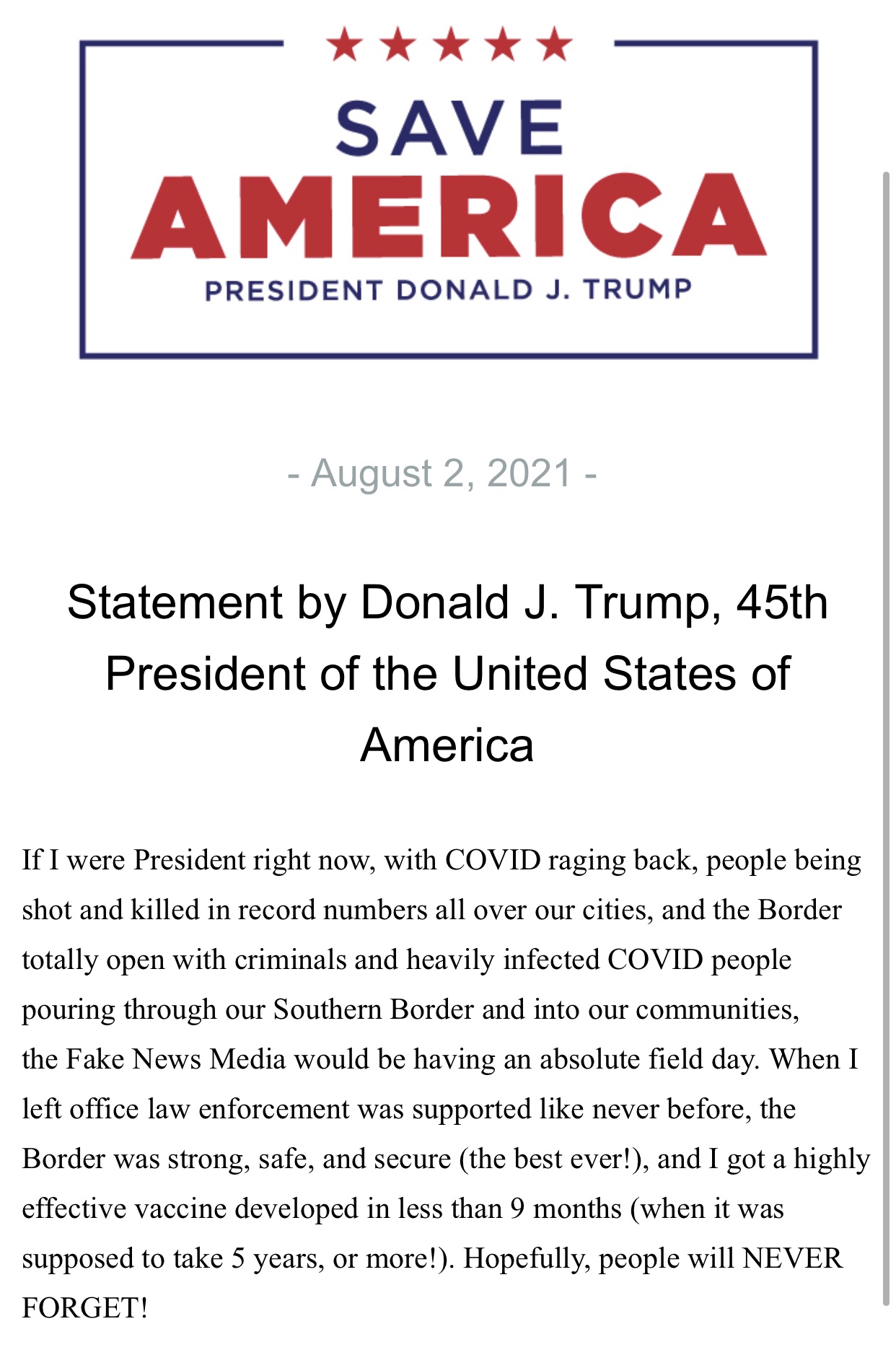 We leave you with Sen. James Lankford (R-OK) on the southern Border:

(Related: Donald Trump On The Southern Border: “This Is Far More Than A Crisis—Our Country Is Being Destroyed!”)

Trump Reacts to Report of Secret Service Agents Willing to Testify he did Not Lunge at Steering Wheel on Jan. 6