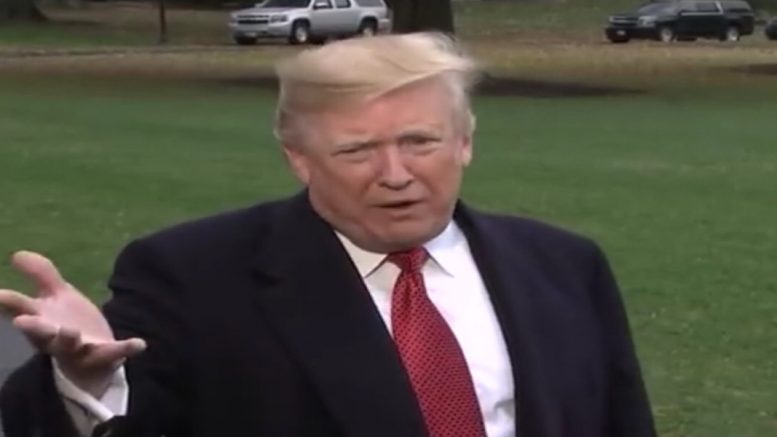 45th President Donald J. Trump issued a statement Sunday via email from his “Save America” PAC, regarding liberal news sources who continuously claim “there is no evidence of election fraud”, but warned, “In the end, truth will win”.

The New York Times, and others, always insert a clause into their stories, “WITHOUT EVIDENCE, that the election was decided fraudulently.” As usual, this is FAKE NEWS.

There is massive and unconditional evidence that the election was shattered with fraud and irregularities at a level that our Country has never seen before. Much of it is already public, and a great deal more is coming out in the very near future.

Every time you read a statement that there is “no evidence of election fraud,” about the 2020 election scam, just attribute that statement to a crooked and collusive media (they work closely together with the Radical Left Democrats) that will do anything to hide the real facts of this election fiasco.

After seeing the irrefutable evidence from numerous states, others are talking about doing deep forensic audits. This election was a scam, and the Lamestream Media is doing everything in their power not to allow the people to see or read about what really took place. Continued Below

We no longer have a free and open media (they don’t cover the truth), but the word is getting out stronger than ever before.

Even the Justice Department has no interest in the crooked and corrupt 2020 Presidential Election. They are only interested in hurting those who want to reveal how totally dishonest it was. The Justice Department should be looking at the people who rigged the election, not the Patriots of our Country who are seeking to find how our Nation was defrauded.

We must also look to the future and fight for State Legislatures to reform their elections so that this will NEVER happen again. In the end, truth will WIN! Contribute to Save America and DonaldJTrump.com in order to keep continuing this fight. Continued Below

President Trump likely was referencing an article written last week by The New York Times, in which the liberal news outlet reported, in part:

The Justice Department on Wednesday sent another warning shot to Republican state legislatures that have initiated private audits of voting tabulations broadly viewed as efforts to cast doubt on the results of the presidential election.

The department warned that auditors could face criminal and civil penalties if they destroy any records related to the election or intimidate voters in violation of the Civil Rights Act of 1960 and federal laws prohibiting voter intimidation.

The admonishment came in election-related guidance documents issued as part of the department’s larger plan to protect access to the polls, announced by Attorney General Merrick B. Garland in June. Another document released on Wednesday outlined federal laws on how ballots are cast and said that the department could scrutinize states that revert to prepandemic voting procedures, which may not have allowed as many people to vote early or by mail.

The warning was the Justice Department’s latest effort to alert state lawmakers that their audits could run afoul of federal law. Department officials cautioned the Republican-led Arizona State Senate in May that its audit and recount of the November election in Maricopa County, widely seen as a partisan exercise to fuel grievances over Donald J. Trump’s election loss, may be in violation of the Civil Rights Act.

Mr. Trump and his supporters have falsely claimed that the election was fraudulently stolen from him, ignoring assertions by his own appointed officials that there was no widespread voter fraud. Continued Below 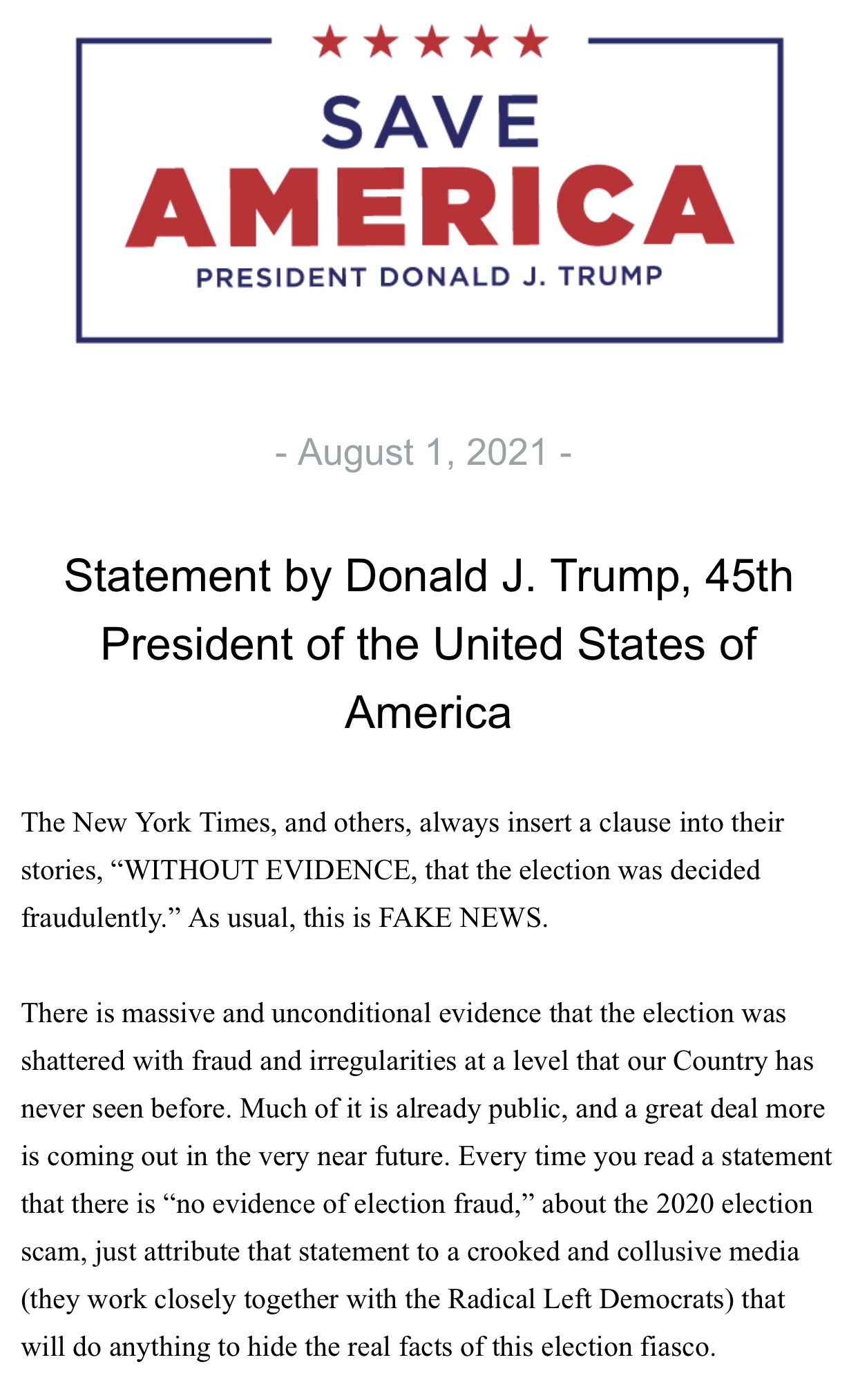 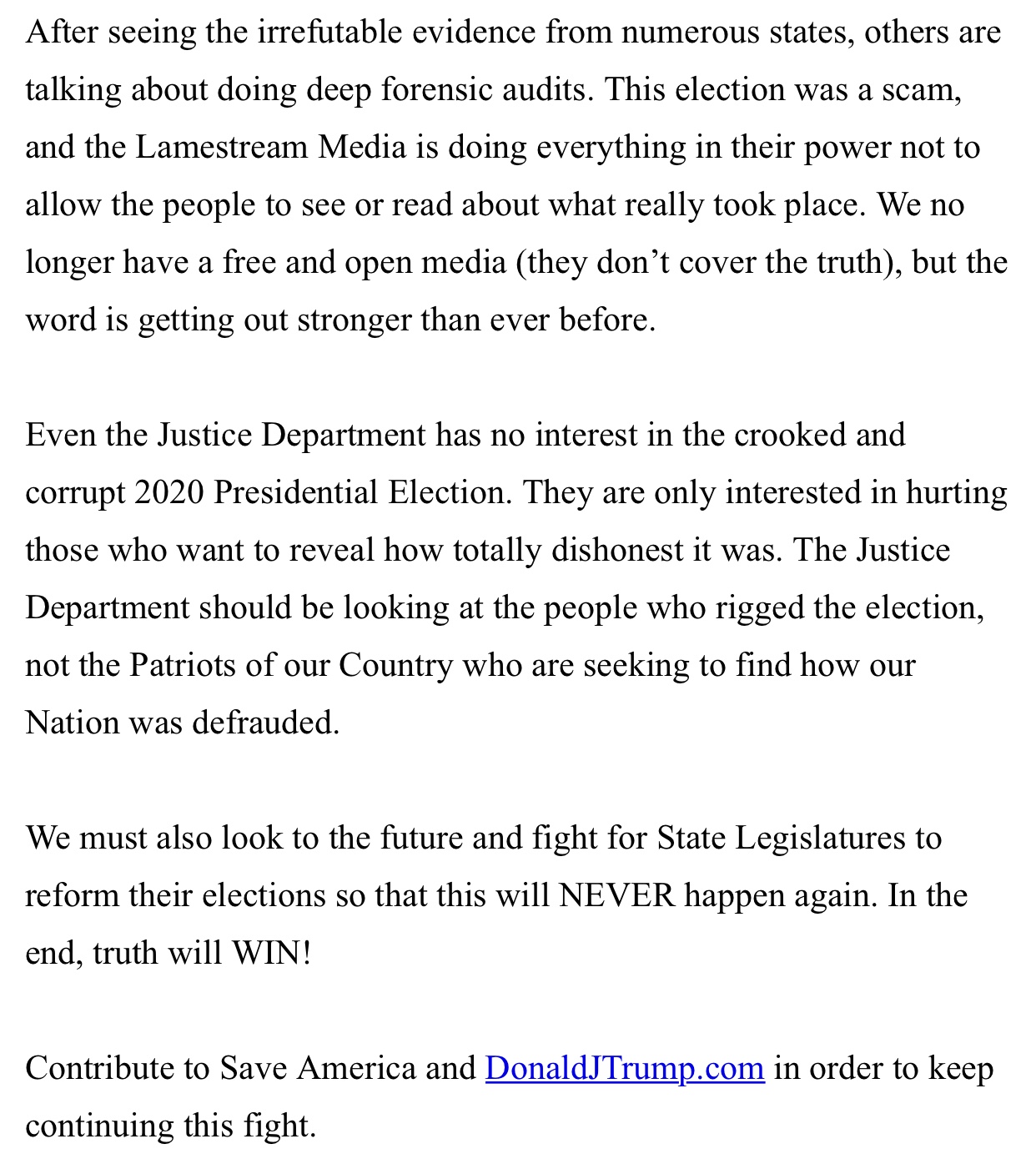