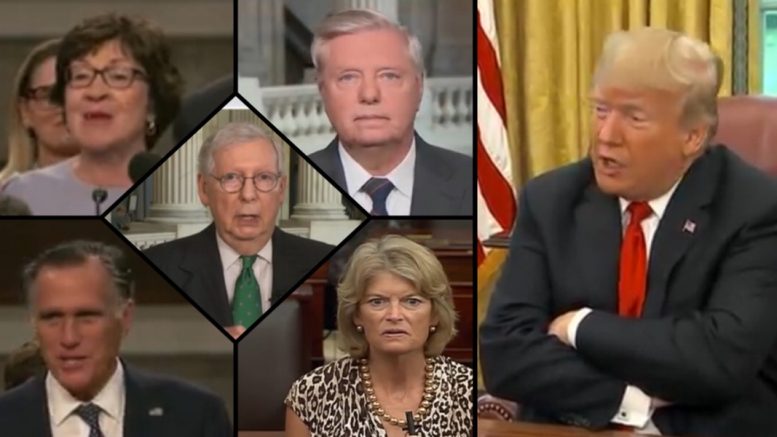 45th President Donald J. Trump issued a statement via email from “Save America” PAC on Thursday, calling out Senate Republicans after they voted on Wednesday evening to take up debate over what Trump called a “so-called bipartisan bill on ‘infrastructure’“.

“Under the weak leadership of Mitch McConnell, Senate Republicans continue to lose,” President Trump said in a statement. “He lost Arizona, he lost Georgia, he ignored Election Fraud and he doesn’t fight.”

“Now he’s giving Democrats everything they want and getting nothing in return,” the 45th President said of McConnell. “No deal is better than a bad deal.”

“Fight for America, not for special interests and Radical Democrats,” the former Commander in Chief urged. “RINOs are ruining America, right alongside Communist Democrats.”

Trump’s remarks come after lawmakers voted 67-32 to greenlight a debate on the infrastructure deal. Continued Below

Prior to Wednesday’s vote, the 45th President had pushed Republicans to reject a deal with Democrats, saying that the compromise is “a loser for the USA, a terrible deal, and makes the Republicans look weak, foolish, and dumb.”

(Related: Trump Warns Sen. GOP Against Voting On Infrastructure Bill: “If This Deal Happens, Lots Of Primaries Will Be Coming Your Way!”)

“It shouldn’t be done,” he said. “It sets an easy glidepath for Dems to then get beyond what anyone thought was possible in future legislation. … Don’t do it Republicans—Patriots will never forget!  If this deal happens, lots of primaries will be coming your way!” Continued Below 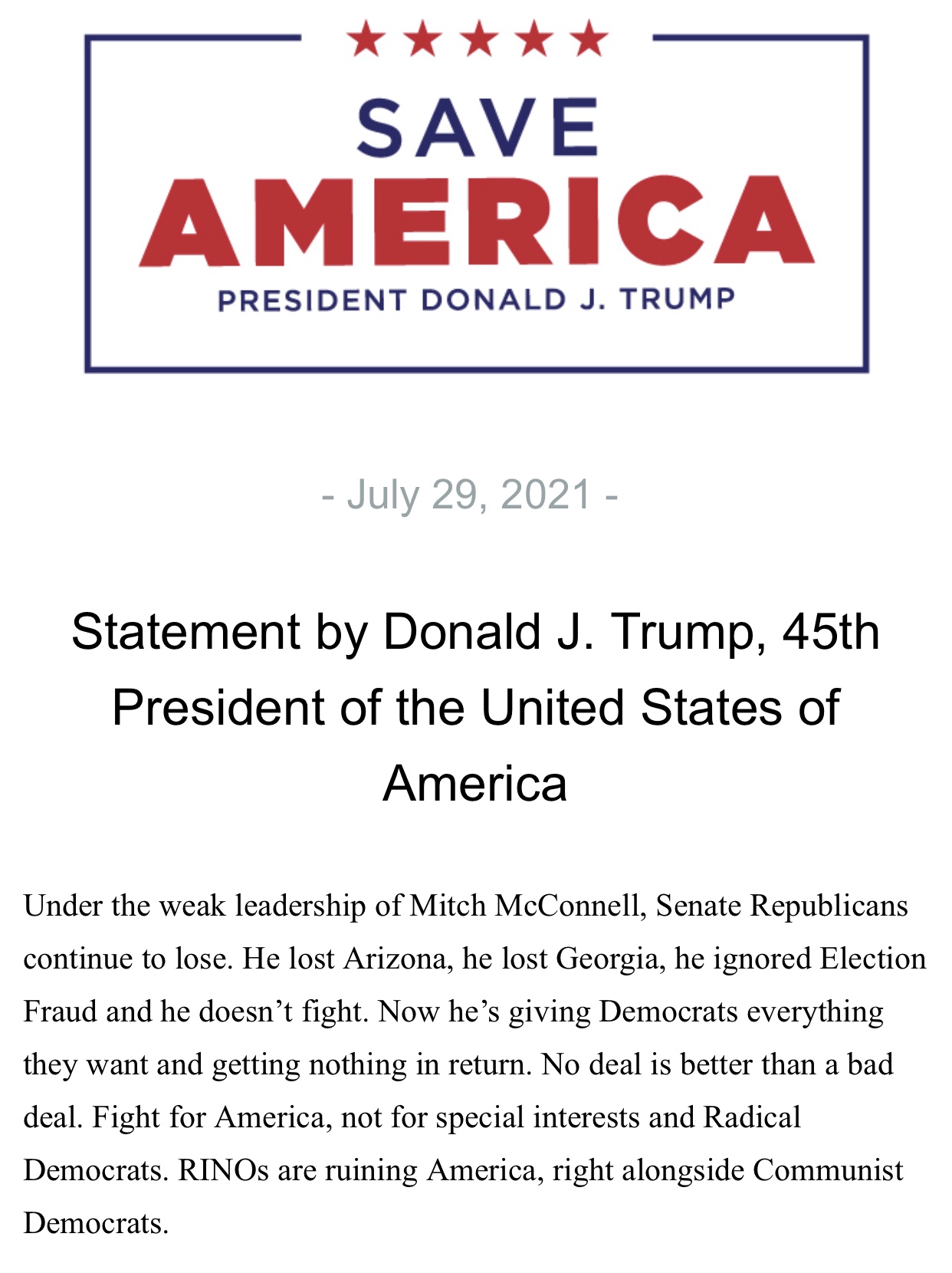