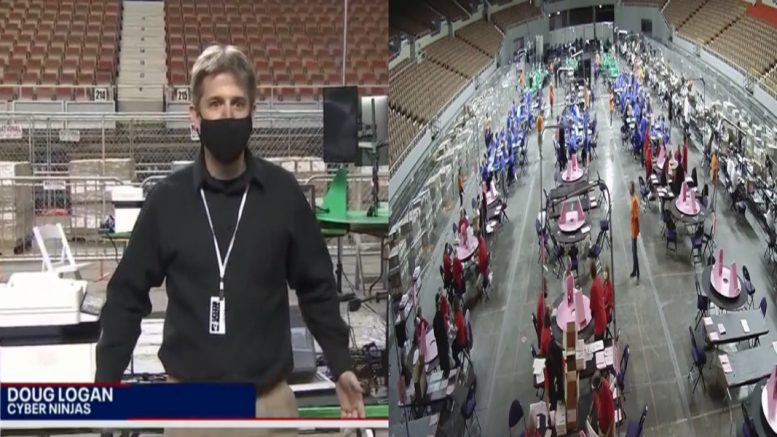 Cyber Ninjas, a company contracted to audit the 2020 general election in Maricopa County, Arizona, released a transparency report on Wednesday revealing how the forensic audit was funded from different groups toward the effort.

Cyber Ninjas is a software security consulting company specializing in ethical hacking, security program development and training. Cyber Ninjas is a Florida-based company hired by the GOP-led Arizona Senate to perform an audit of the 2020 election in Maricopa County.

Ron Watkins (CodeMonkeyZ) posted a copy of the report on Telegram:

The largest named donor — ‘The America Project’ with $3,250,000 — is led by former Overstock CEO Patrick Byrne.

‘America’s Future’, which was listed as having contributed $976,000, lists former National Security Advisor and prominent Trump supporter Michael Flynn as its chair, the Associated Press reported.

‘Voices and Votes’, listed as contributing $605,000, is led by Christina Bobb and Chanel Rion, correspondents for OANN. Continued Below

Sidney Powell’s ‘Defending the Republic’, donated $550,000, according to Cyber Ninjas.

‘LDFFTAR/EIFFTAR’ — known as “The Legal Defense Fund for the American Republic” — is a Palm Beach-registered nonprofit which is listed as contributing $280,000, according to Fifeld. Its website states it is raising money for audits in Arizona, Georgia, Michigan, and Pennsylvania, Business Insider reported.

The Arizona Republic reporter Jen Fifeld also tweeted a breakdown of the figures:

New tonight: Here’s who Cyber Ninjas says is paying for the audit.