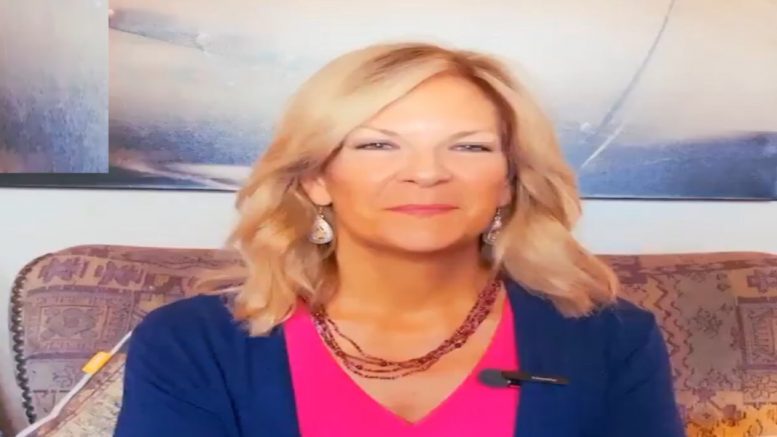 Dr. Ward’s update comes after the Arizona state senate issued two new subpoenas, on Monday, to Maricopa County and Dominion Voting Systems for materials needed to complete their forensic audit of the 2020 election.

“The Arizona state senate has issued new subpoenas for the full forensic audit of the 2020 general election in Maricopa County,” Dr. Ward said. “They shouldn’t have had to.”

“As it stands right now, the audit team is completing the machine count of the paper ballots as double or a triple check of the completed hand count. But in order to complete the full forensic audit, there are still a lot of additional materials that the auditors need that Maricopa County has refused to deliver: ignoring a lawful, legislative subpoena that has been upheld by at least two Arizona courts,” she explained.

“The new subpoenas are ordering several things including the delivery of information, including any breaches– breaches of the voter registration server. Now, there was a known breach shortly before the election, but very few details have been shared with the public about that event,” the Arizona GOP chairwoman said.

Ben Cotton, founder of CyFir — a firm involved in the Maricopa County audit — warned Arizona senators at a hearing this month of the importance of gaining access to Maricopa County’s election system used in the 2020 election because it was “breached”, as previously reported by The Freedom Times. Continued Below

“There are a number of things that we know as a matter of fact have occurred that we to further take that information and validate that information,” Ben Cotton told Arizona senators. “So, for example, we know that an element of the election system was actually compromised or breached during the course of the November 2020 election. It is a matter of public statement by Maricopa County as well as legal action and law enforcement action surrounding that particular incident.”

“This information has been subpoenaed previously, but the county has yet to provide the envelopes or the images, despite their false claims,” she said. Continued Below

Dr. Ward said the Arizona Senate is “also asking for, demanding, requiring, ordering– the passwords, the security keys, and the tokens to access the ballot tabulation machines”.

Maricopa County has previously claimed they “don’t have the information, only their vendor– Dominion has those keys and that information”, she stated.

“It’s a strange arrangement when county officials don’t have access to those very machines they leased,” Dr. Ward expressed. “And they have no oversight over tabulations that they’ve sworn are accurate without ever checking for the validity themselves.”

“The routers; the routers used in connection with the November 3, 2020 election have been subpoenaed once again. Remember this: Maricopa County agreed to send those routers over. They said they were packing them up, putting them on pallets one day. The next day, they simply refused to send them. It’s suspicious if you ask me,” the AZ GOP chairwoman said. “So far the county has refused to turn over those routers, still; not the routers, not the images of the data.” Video Below

“Finally, the senate has re-subpoenaed the splunk-logs and the network logs, which will allow auditors to view activity on the network and gather historical data. It allows them to see if there was any questionable activity, and it will allow them to inform the senate and us, the public, if there was,” Dr. Ward explained. “The Senate has given Maricopa County until August 2nd to comply.”

BREAKING: The Arizona Senate issues two more subpoenas today. One to the Maricopa Board of Supervisors and one to Dominion. I would not blow these off! pic.twitter.com/0raxVODUS0