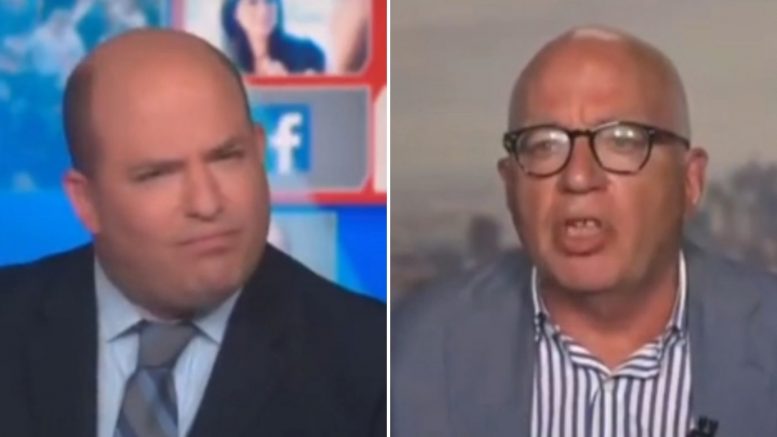 CNN reporter Brian Stelter got called out as “fake news” on his own program and awkwardly tried to laugh it off on Sunday.

Discussing coverage of former President Fonald Trump, Wolff told Stelter, “I think the media has done a terrible job on this. I think you, yourself—well you’re a nice guy—you know, you’re full of sanctimony. You become part of one of the parts of the problem of the media. You know, you come on here and you have a, you know, a monopoly on truth. You know exactly how things are supposed to be done. You know, you are one of the reasons why people can’t stand the media. Sorry.”

Stelter tried to chuckle off the criticism and proceeded to ask what he should fo differently.

“Don’t talk so much. Listen more,” Wolff replied. “People have genuine problems with it, with the media. The media doesn’t get the story right. The media exists in its own bubble.”

“You’re incredibly repetitive,” he added. “It’s week after week. I mean, you’re the flipside of Donald Trump. You know, fake news and you say ‘virtuous news’.”

“Figuring out what is real is not so easy. And, you know, most people don’t want to turn to Brian Stelter to tell us what is real,” declared Wolff before Stelter tried to laugh it off again.

“Well, then why did you bother coming on CNN a few times this week?” Stelter fired back.