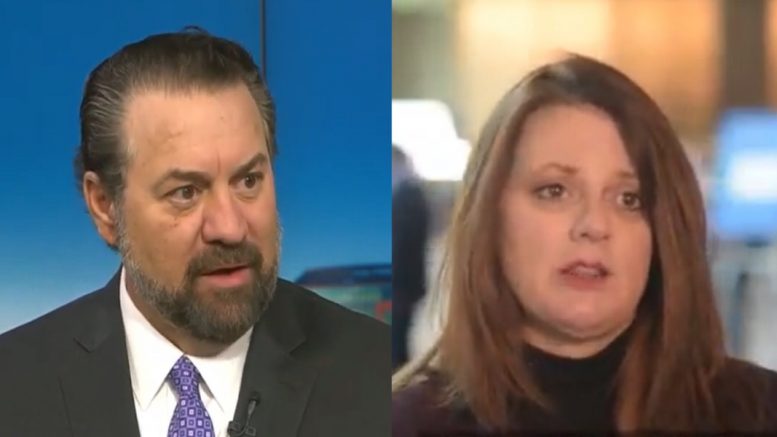 During the hearing, much was revealed regarding mail-in ballots, voter rolls, the voting system being breached, and subpoenaed items still missing/not handed over, as previously reported by The Freedom Times.

Senator Townsend tweeted a statement from Chairman of the Maricopa County Board of Supervisors, Jack Sellers, who alleged the Senate leadership is “bringing incompetence”.

“At today’s briefing, the Senate’s uncertified contractors asked a lot of open-ended questions, portraying as suspicious what is actually normal and well to known to people who work in elections. In some cases they dropped bombshell numbers that are simply not accurate,” Sellers claimed.

“What we heard today represents an alternate reality that has veered out of control since the November General Election. Senate leadership should be ashamed they broadcasted the half-baked theories of the “Deep Rig” to the world today,” he said. “To Senate leaders, I say, stop accusing us of not cooperating when we have given you everything qualified auditors would need to do this job.”

“Finish your audit, release the report, and be prepared to defend in Court,” Sellers concluded. Continued Below

“Upon seeing this, it is very clear they have no intention in cooperating with the Senate,” Townsend wrote.

“Therefore, I am asking @GeneralBrnovich to open an investigation immediately to look at the adjudicated ballots and missing serial numbers, among many other things,” she announced. Continued Below

Upon seeing this, it is very clear they have no intention in cooperating with the Senate. Therefore, I am asking @GeneralBrnovich to open an investigation immediately to look at the adjudicated ballots and missing serial numbers, among many other things. pic.twitter.com/qMIbVq7fc3

Doug Logan: This is an actual ballot in Maricopa County with bleed through that would have been counted as an over vote. pic.twitter.com/dMaS0cvbFL

"If the corresponding numbers aren't on there how would you know whether it was duplicated once or 10 times?"

THOUSANDS of duplicated ballots MISSING serial numbers, making it almost impossible to match it up with its corresponding damaged ballot#ArizonaAudit pic.twitter.com/JRqmdBtRhw

74,243 mail-in ballots discovered in Maricopa County "where there is no clear record of them being sent"#ArizonaAudit pic.twitter.com/rqaxkWqSrp

3,981 people voted despite registering to vote AFTER the court-ordered Oct 15th deadline pic.twitter.com/0epmlEb2e5

18,000 voted and then showed that they were removed from the voter rolls AFTER the election pic.twitter.com/CqZIUxaZz3

‘Trump Endorsed’ WY GOP Chairman Frank Eathorne Wins Reelection, 45 Reacts: “The People Of Wyoming Are Special & So Are You!”