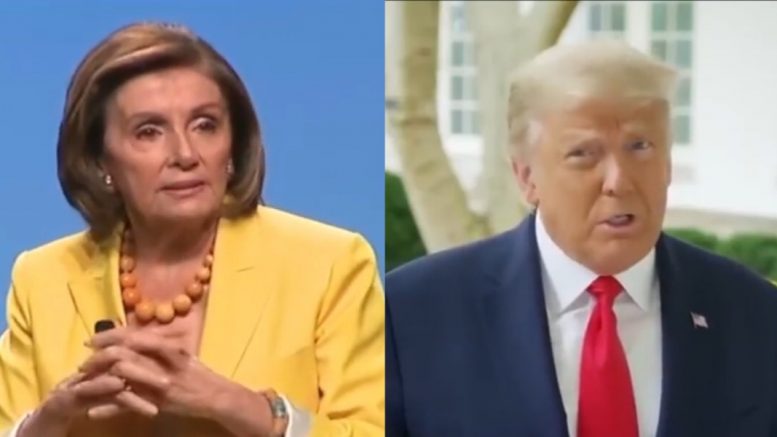 45th President Donald Trump issued a statement via email from his “Save America” PAC Thursday in response to a report in which Speaker Nancy Pelosi (D- CA) was allegedly worried that the former Commander in Chief might start a nuclear war during his final days in office, according to a new book.

Washington Post journalists Carol Leonnig and Philip Rucker wrote in “I Alone Can Fix It” that Pelosi called Gen. Mark Milley, the chairman of the Joint Chiefs of Staff, after the Capitol riot to express her concerns about Trump’s behavior, the newspaper reported.

According to the book, Nancy Pelosi wanted to ensure President Donald Trump could not start a war and launch nuclear weapons as one of his final acts in power.

“Ma’am, I guarantee you that we have checks and balances in the system,” Milley responded, Leonnig and Rucker write.

Former President Trump reacted to the excerpts from the book, expressing that the Democrat House Speaker is a “known nut job.” Continued Below

“Nancy Pelosi is a known nut job. Her enraged quotes that she was afraid that I would use nuclear weapons is just more of the same,” Trump said in his statement.

“In fact, I was the one that got us out of wars, not into wars. And I was the one who got respect for our Country again, not like now when the leaders of the entire World are laughing at us. They didn’t laugh when I was there!” he pointed out.

The book also claims that Milley and other military officials allegedly feared President Trump would attempt a coup to stay in power and considered resigning. Continued Below

Milley reportedly thought President Trump was “the classic authoritarian leader with nothing to lose,” the Washington Post authors wrote.

CNN first reported about portions of the book related to Milley on Wednesday night. The book is scheduled to be released Tuesday. The book’s authors interviewed more than 140 people, including Trump himself for more than two hours, The Hill reported. 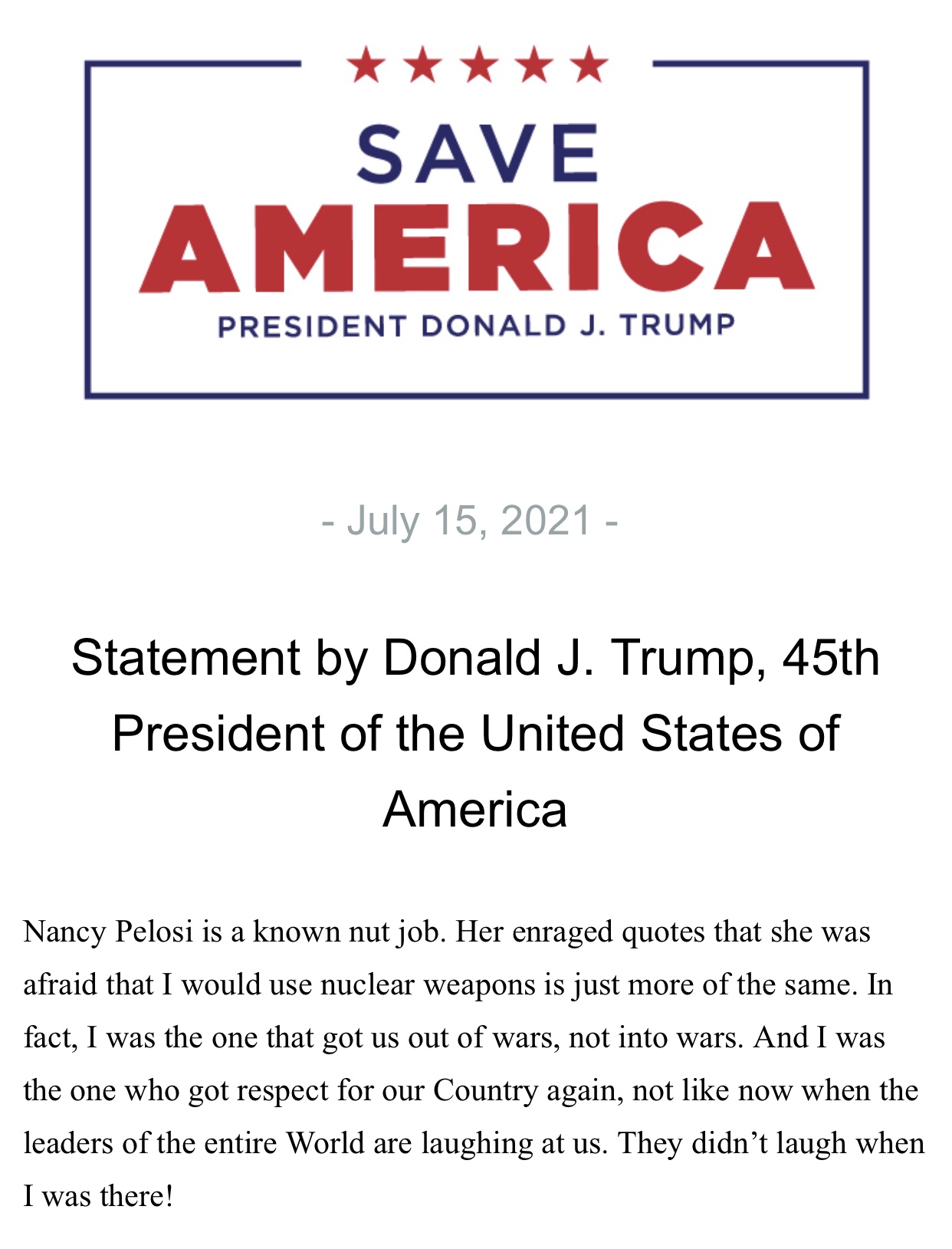