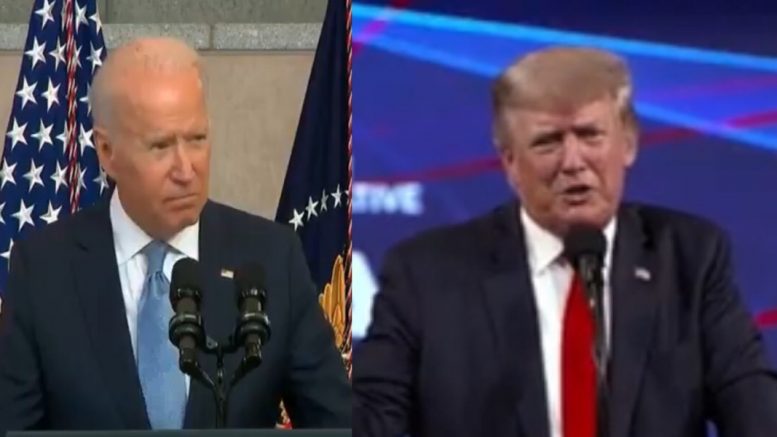 45th President Donald Trump issued a statement Tuesday via email from his “Save America” PAC following remarks made by Joe Biden during a speech in Philadelphia, Pennsylvania.

Biden traveled to the National Constitution Center to deliver a speech over voting rights amid the Keystone State preparing to conduct a forensic audit over the November 2020 general election.

Biden, during remarks Tuesday, said in part, “All told, more than a hundred and fifty Americans of every age, every race, and every background exercised their right to vote. …”

PRES. BIDEN: "The big lie is just that: A big lie!" pic.twitter.com/ZHbHZ9pSWU

The 45th Commander in Chief reacted in an email statement after Biden claimed 150 Americans voted in the 2020 election.

“Biden just said 150 people voted in the 2020 Presidential Election (Scam!). On the assumption that he meant 150 million people, and based on the fact that I got 75 million+++, that would mean that Biden got 75 million votes, which is 6 million votes less than what they said they got,” former President Donald Trump pointed out.

“So what is that all about? Are they already conceding 6 million votes?” he wondered. Continued Below 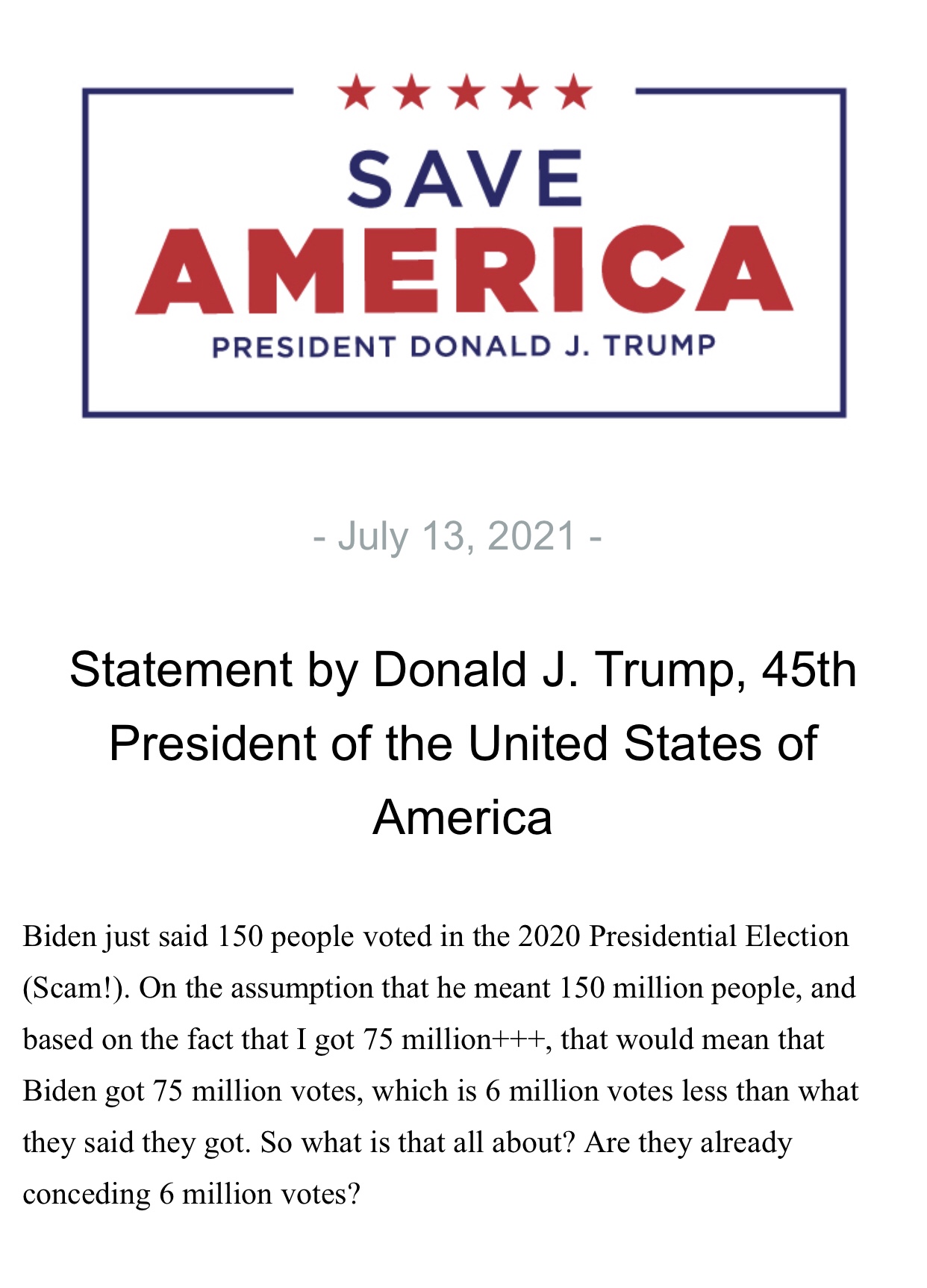 (Related: Trump On ‘The Lamestream Media’: “As Evidence Comes Out, They Don’t Write About It Or Bring It Forward In Any Way, Shape, Or Form”)

Mark Levin On Rush Limbaugh: “He Was One Of My Best Friends… He Will Be Grievously Missed”