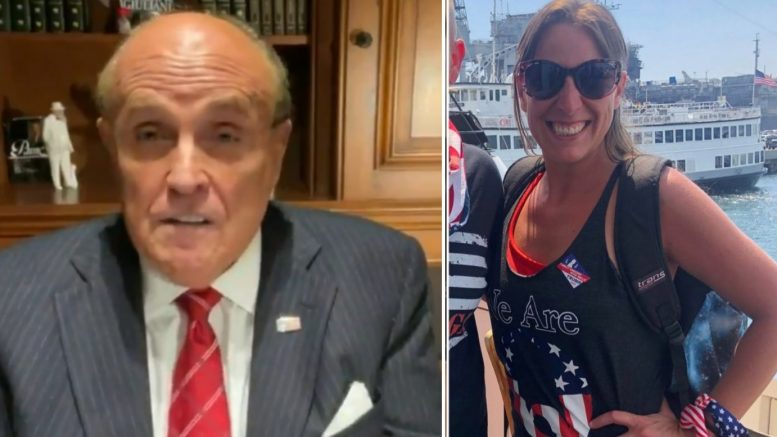 Rudy Giuliani suggested that U.S. Capitol police are failing to provide the public with details on the officer who shot and killed unarmed Trump supporter Ashli Babbitt on January 6th because the entire situation has been a ‘completely phony operation’ from the start.

The former New York City mayor made the assertion on Monday while appearing for an interview on Newsmax.

“This was a completely phony operation here, Giuliani told Newsmax host Greg Kelly. “They tried to take this unfortunate trespass, which shouldn’t have been done, and make it into an insurrection.”

Rudy continued, “This was the only insurrection which a shot wasn’t fired. The only shot fired is the one shot by the police officer at an unarmed woman, which they don’t want to talk about.”

“So there’s a whole plot behind this that I’m not sure I understand all of it, but how is it that this thing all shows up on a video taken by an Antifa member, paid for by CNN, and he just happens to be there when the shooting takes place? And he just happens to know where the gun is located? And none of the police have any interest in that?” Giuliani questioned.

.@RudyGiuliani comments on the Ashli Babbitt situation and lack of publicly-disclosed information on the case: "This was a completely phony operation… there's a whole plot behind this." pic.twitter.com/lODj0olUPF