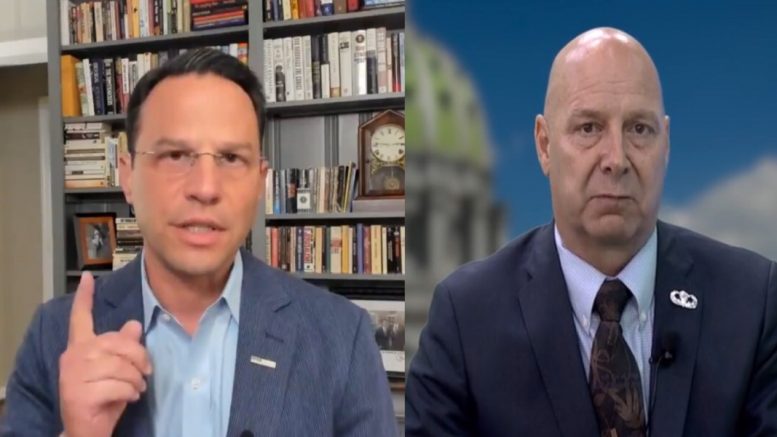 State Sen. Doug Mastriano (R), on Wednesday, announced that he has initiated a forensic investigation of the 2020 general and 2021 primary elections in the the Keystone State. He issued letters to several counties requesting information and materials that he said would enable an investigation, as previously reported by The Freedom Times.

“This is necessary as millions of Pennsylvanians have serious doubts about the accuracy of the 2020 General Election. A January poll from Muhlenberg University showed that 40 [percent] of Pennsylvania voters are not confident that the results of the 2020 Election accurately reflected how Pennsylvanians voted. Discounting or mocking their concerns is neither an answer nor proper in this constitutional republic,” Mastriano said.

“A full forensic investigation is critically necessary for our Commonwealth for the sake of transparency and accountability. There is nothing to fear if there is nothing to hide. Those who have concerns about the integrity of the 2020 and 2021 election will have those concerns investigated and hopefully addressed. Those who think that there was zero voter fraud, no irregularities, and that the elections were conducted perfectly will have the chance to be vindicated,” State Sen. Doug Mastriano said.

Meanwhile, Pennsylvania Attorney General Josh Shapiro (D) vowed during an appearance on MSNBC this week that he would fight back if lawmakers tried triggering an Arizona-style election review in Pennsylvania.

“I’m absolutely confident,” Shapiro said when asked if he could stop an audit or probe.

The Pennsylvania attorney general on Thursday, further called Senator Doug Mastriano an “insurrectionist” and claimed that he is the only senator who wants an audit in the Keystone State. Continued Below

“It is not Republicans in Pennsylvania and it’s not a group of senators. It is one insurrectionist state senator, who is demanding the personal, private voting information of 997,000 Pennsylvanians,” Attorney General Josh Shapiro claimed.

“This is a sham what he’s trying to do,” Shapiro alleged. “Importantly, let’s speak some truth: There have already been two legal audits done in counties all across Pennsylvania.”

“We know the truth, and the truth is that Joe Biden won the election here in Pennsylvania by just over 80,000 votes. Sadly, there are some people that just simply can’t accept reality, and this state senator is one of them,” he asserted. Video Below

Pennsylvania AG Josh Shapiro: "We know the truth, and the truth is that Joe Biden won the election here in Pennsylvania by just over 80,000 votes. Sadly, there are some people that just simply can't accept reality." https://t.co/AlzlEFNPu1 pic.twitter.com/LO95bdKbbU

To many Pennsylvania voters believe that their vote did not count. I believe that by undertaking a forensic investigation of the 2020 and 2021 election results, faith in our election process can and will be restored. https://t.co/LUzCTzs8vS

(Related: PA Lawmakers Gear Up For An Election Audit With Potential Option To Issue Subpoenas)