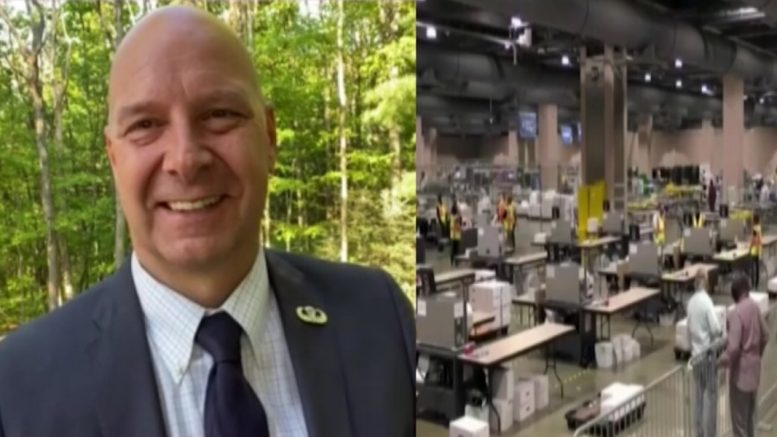 State Sen. Doug Mastriano, on Wednesday, announced that he has initiated a forensic investigation of the 2020 general and 2021 primary elections in the the Keystone State.

He issued letters to several counties requesting information and materials that he said would enable an investigation.

“Today, as Chair of the Intergovernmental Operations Committee, I issued letters to several counties requesting information and materials needed to conduct a forensic investigation of the 2020 General Election and the 2021 Primary,” State Sen. Doug Mastriano said.

“We have asked these counties to respond by July 31st with a plan to comply. The counties represent different geographical regions of Pennsylvania and differing political makeups. Some are Republican while others are Democrat, which means that this will be a balanced investigation,” he explained.

“This is necessary as millions of Pennsylvanians have serious doubts about the accuracy of the 2020 General Election. A January poll from Muhlenberg University showed that 40 [percent] of Pennsylvania voters are not confident that the results of the 2020 Election accurately reflected how Pennsylvanians voted. Discounting or mocking their concerns is neither an answer nor proper in this constitutional republic,” Mastriano wrote.

The state senator charged that there is a strong case for an investigation, noting that 2.7 million mail-in ballots were counted in the 2020 election, compared to just 263,000 in the prior presidential election. He also noted that many of the ballots were counted without signature verification. Continued Below

“It would defy logic to assume that an election with the kinds of drastic changes we saw in 2020 was run perfectly with zero errors or fraud,” Mastriano said.

Federal law mandates counties keep records that are being sought for 22 months after an election. The counties were told to produce the information by July 31. If one or more counties do not comply, Mastriano plans to convene his committee and ask members to grant him subpoena power to force compliance.

A forensic investigation includes poring over ballots and ascertaining if bubbles were filled out by a human hand or by a machine. It also includes looking at election machines. The process is not an audit, the senator added, suggesting a forensic probe is more thorough, The Epoch Times reported. Continued Below

“A full forensic investigation is critically necessary for our Commonwealth for the sake of transparency and accountability. There is nothing to fear if there is nothing to hide. Those who have concerns about the integrity of the 2020 and 2021 election will have those concerns investigated and hopefully addressed. Those who think that there was zero voter fraud, no irregularities, and that the elections were conducted perfectly will have the chance to be vindicated,” Mastriano wrote.

Meanwhile, Pennsylvania Attorney General Josh Shapiro vowed during an appearance on MSNBC this week that he would fight back if lawmakers tried triggering an Arizona-style election review in Pennsylvania.

“I’m absolutely confident,” Shapiro said when asked if he could stop an audit or probe. Continued Below 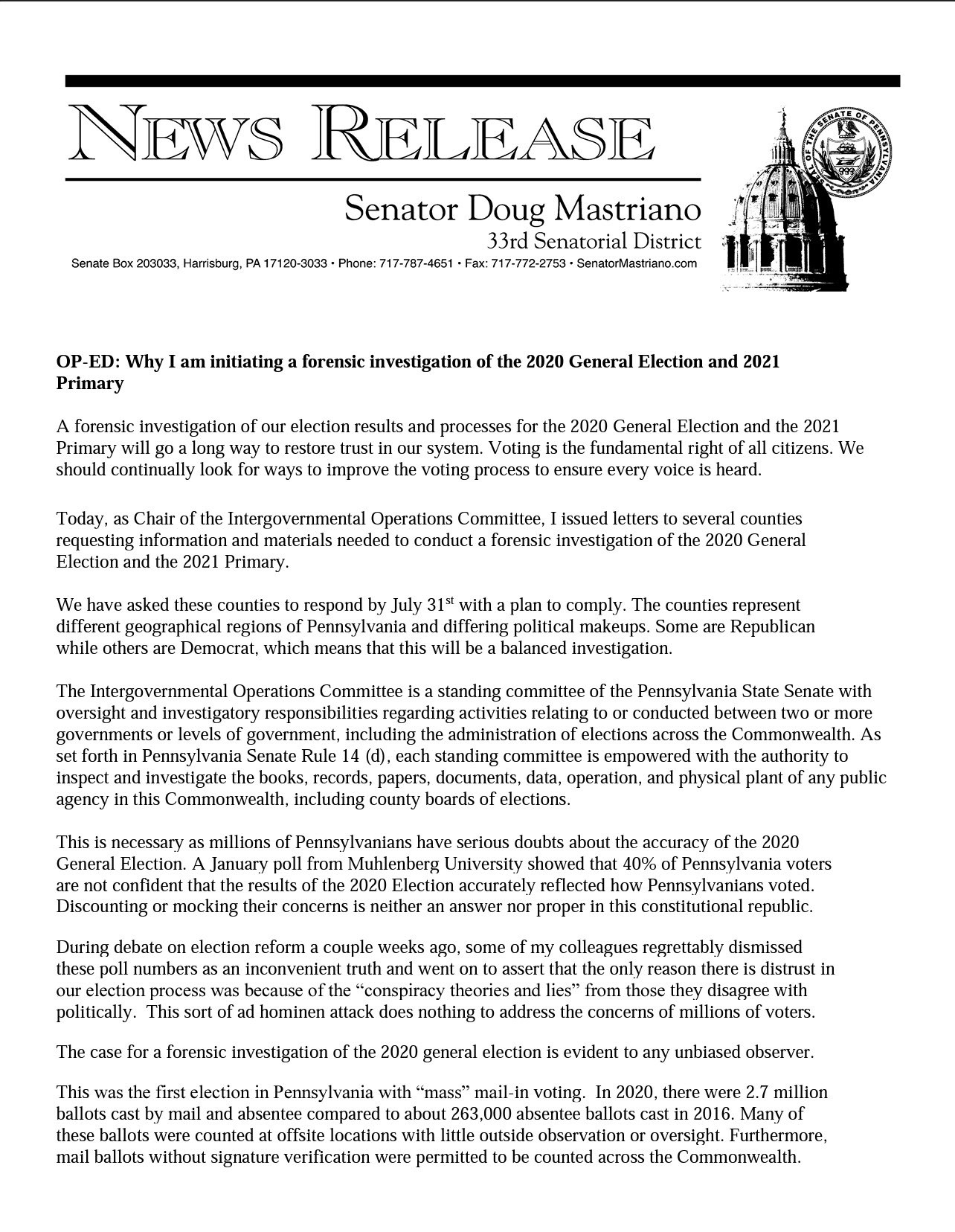 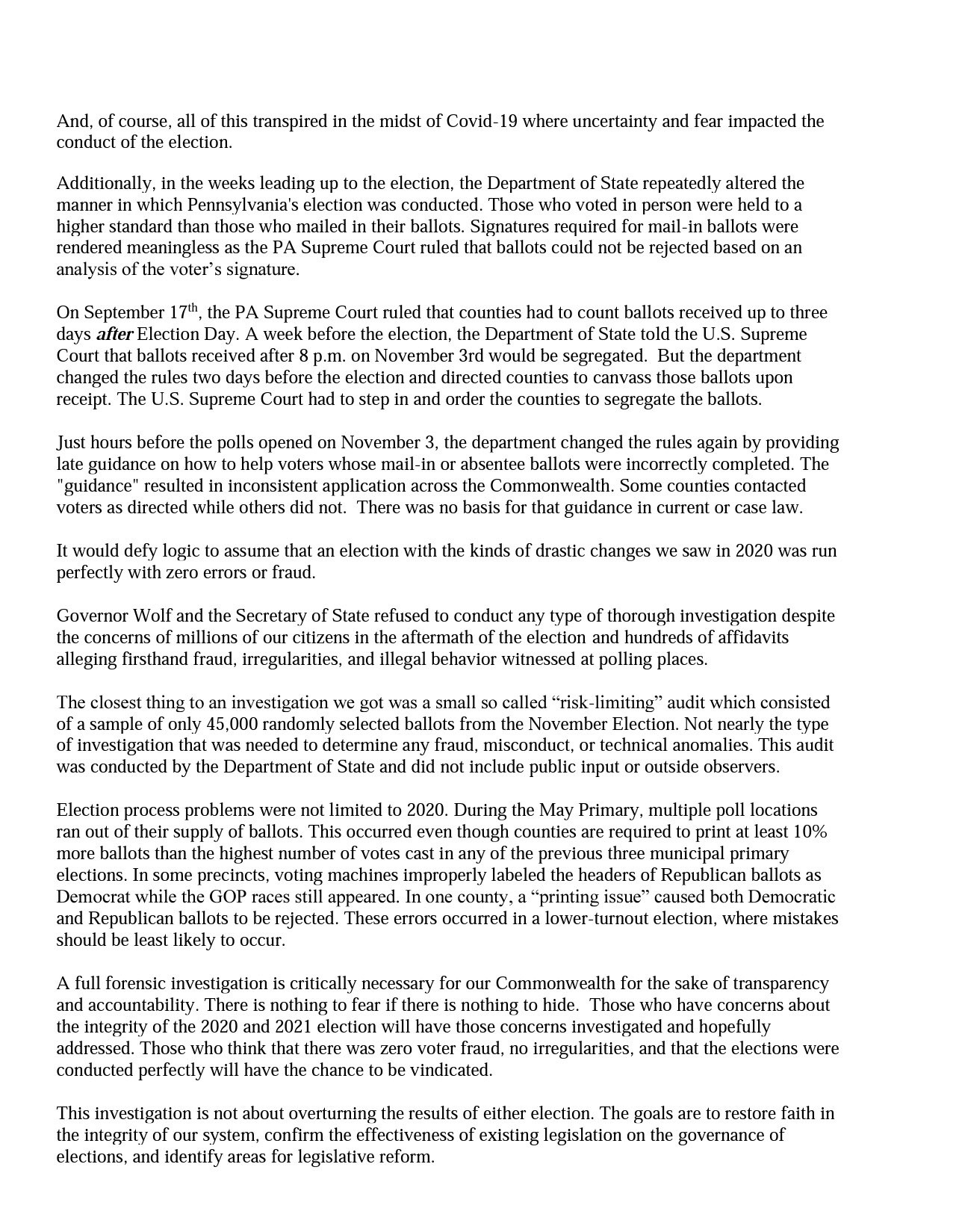 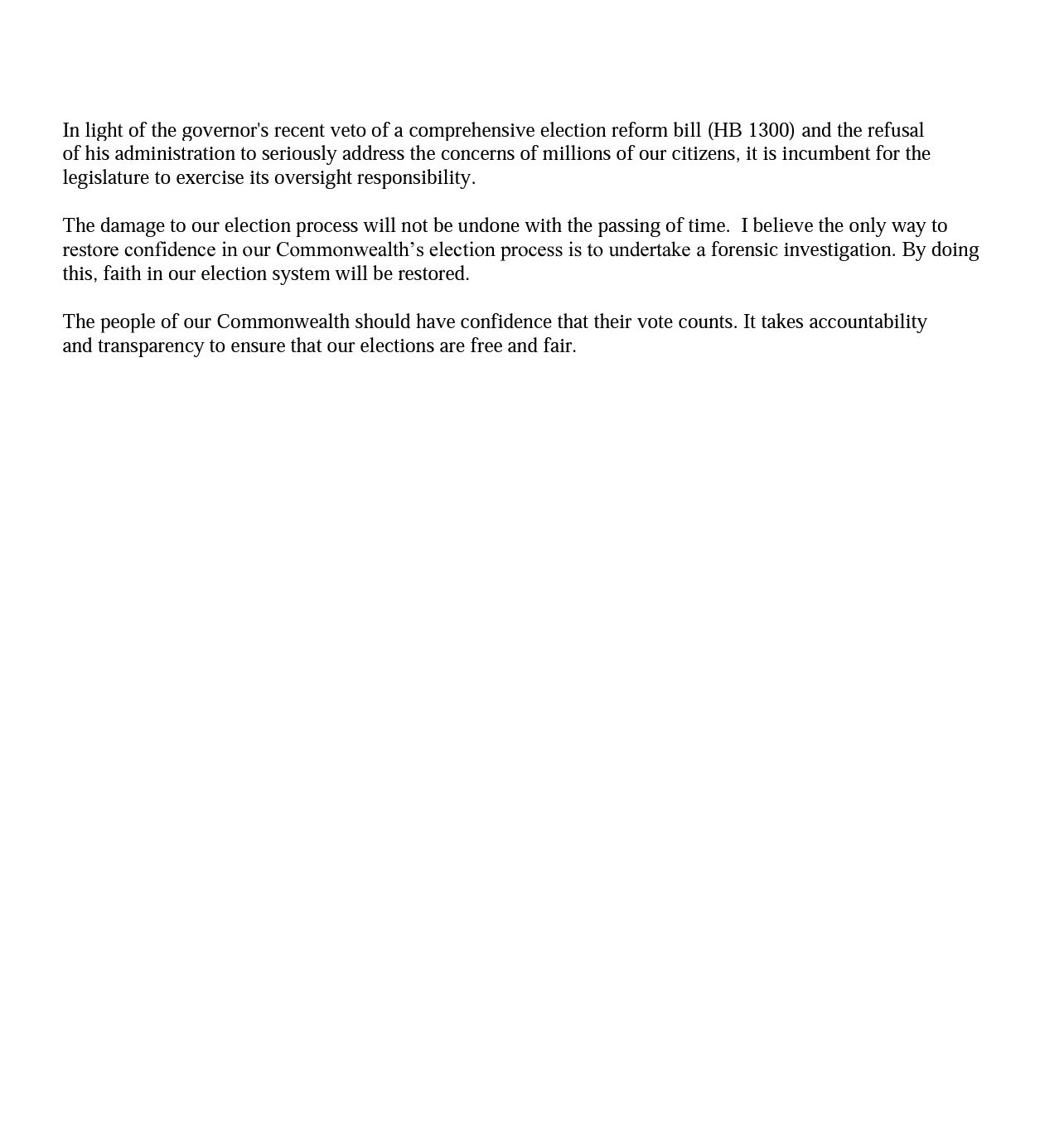 (Related: PA Lawmakers Gear Up For An Election Audit With Potential Option To Issue Subpoenas)