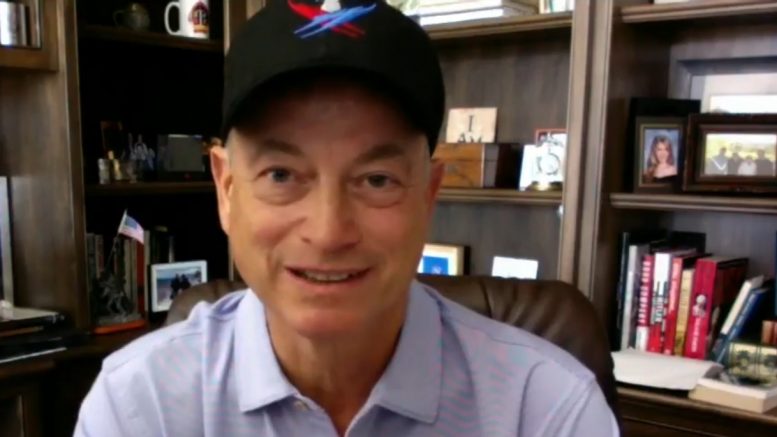 Appearing for an interview on Fox News, actor Gary Sinise defined what he considers to be the true meaning of Independence Day.

Before discussing the holiday, Sinise revealed how his role as Lieutenant Dan in the movie Forrest Gump helped spark the founding of The Gary Sinise Foundation ten years ago, which provides help for veterans and first responders suffering from post-traumatic stress and TBI (traumatic brain injury).

As transcribed by Fox News, Mr. Sinise stated as follows:

A couple of years ago, I wrote a book called Grateful American: A Journey from Self to Service, and it kind of tracks how I got into this with our military and it starts with family members in my family, World War I, World War II, Korea-era, Vietnam, a lot of veterans in my family.

I ended up playing a Vietnam veteran in Forrest Gump and at that time, I had done very little. I just hadn’t worked in the movie or television business for very long at all when I started going out and visiting troops around the world and going to hospitals, most of them didn’t know who I was but they knew lieutenant Dan. They knew my face from the movie so when I started taking the band with me on these tours I just said let’s call it Gary Sinise and the Lieutenant Dan Band, they’ll at least know that the guy who played the character is coming to see them.

Hardly controversial to me, [Independence Day is] about freedom, and having gone to places around the world, the war zones of Afghanistan, Iraq, places like that where they don’t really understand what freedom is.

I’ve stood on the border between North and South Korea several times and they’re free in the South and enslaved in the North. You value your freedom that much more and you value the people that provided it for you, and that’s the men and the women of the United States military, that’s why I started my foundation. I want to support them in every way I can because freedom is precious and it has to be fought for and has to be protected.

Independence from tyranny has to be fought for and protected and I thank God for the men and women that are willing to do that, and I just want to help them out. Video Below