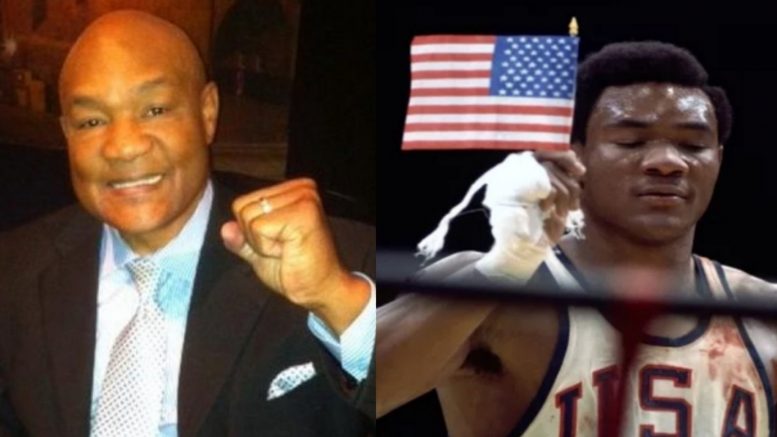 American boxing legend George Foreman delivered a special Independence Day knockout punch on Twitter directed towards those who have continually asked him not to publicly voice his love for the United States.

While he didn’t specifically call anyone out by name, Mr. Foreman — who is a two-time world heavyweight champion and Olympic gold medalist — posted the statement in wake of controversy surrounding ‘woke’ activist athletes openly showing disdain to the American flag and National Anthem.

The latest incident involved U.S. Olympic hammer thrower Gwen Berry turning her back to the American flag while the national anthem played during a placement ceremony at the Olympic trials. Berry placed third at the event.

Related Article: Joy Behar: Gwen Berry Didn’t ‘Hurt Anybody’ When Turning Back To The Flag; Judge Jeanine Levels Her

“For about 54 years, people have ask me not to keep saying “I love America” Well I do and I’m not ashamed. Don’t leave it; Love it.Happy 4th of July,” Foreman tweeted along with a younger picture of himself holding up the American flag.

For about 54 years, people have ask me not to keep saying “I love America” Well I do and I’m not ashamed. Don’t leave it; Love it.Happy 4th of July. pic.twitter.com/EqWmbWjgbz

AOC Makes A 5-Point Case For ‘Abolishing’ The Electoral College, Crenshaw Responds: ‘We Live In A Republic’