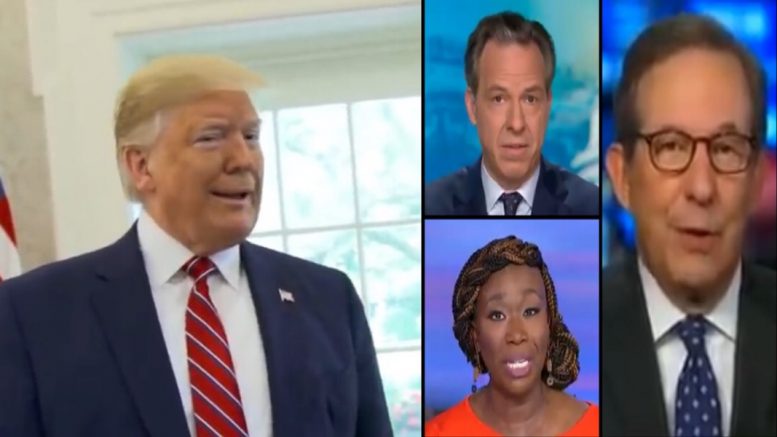 45th President Donald Trump issued a statement via email from “Save America” PAC Tuesday regarding cable news outlets’ ratings dropping since he left office in January.

“Trump predicted news ratings would ‘tank if I’m not there.’ He wasn’t wrong,” declared a March 22 headline in The Washington Post, which reported drops at all three of the leading cable news channels (CNN the most and Fox News the least), reported Vanity Fair.

CNN ratings are down 70%. MSDNC is also way down. Actually, they are ALL way down. They say the news is “boring” since I left D.C.

Morning Joe, Joy Reid (whoever that is?), Nicole Wallace, Jake Tapper, and even Chris Wallace, at Fox, in free fall.

A wonderful thing to see! Continued Below

In a statement earlier in the month, President Trump called on Fox News to rid Chris Wallace from the cable news station and dubbed the anchor a terribly rated “‘almost’ Radical Left”.

“Why does Fox News keep Chris Wallace?” Trump said. “His ratings are terrible, he’s ‘almost’ Radical Left, he was acknowledged to have failed badly as a Presidential debate moderator (except for Biden who he totally protected!), and so much else. Usually, these are not the qualities of a long-term stay!” 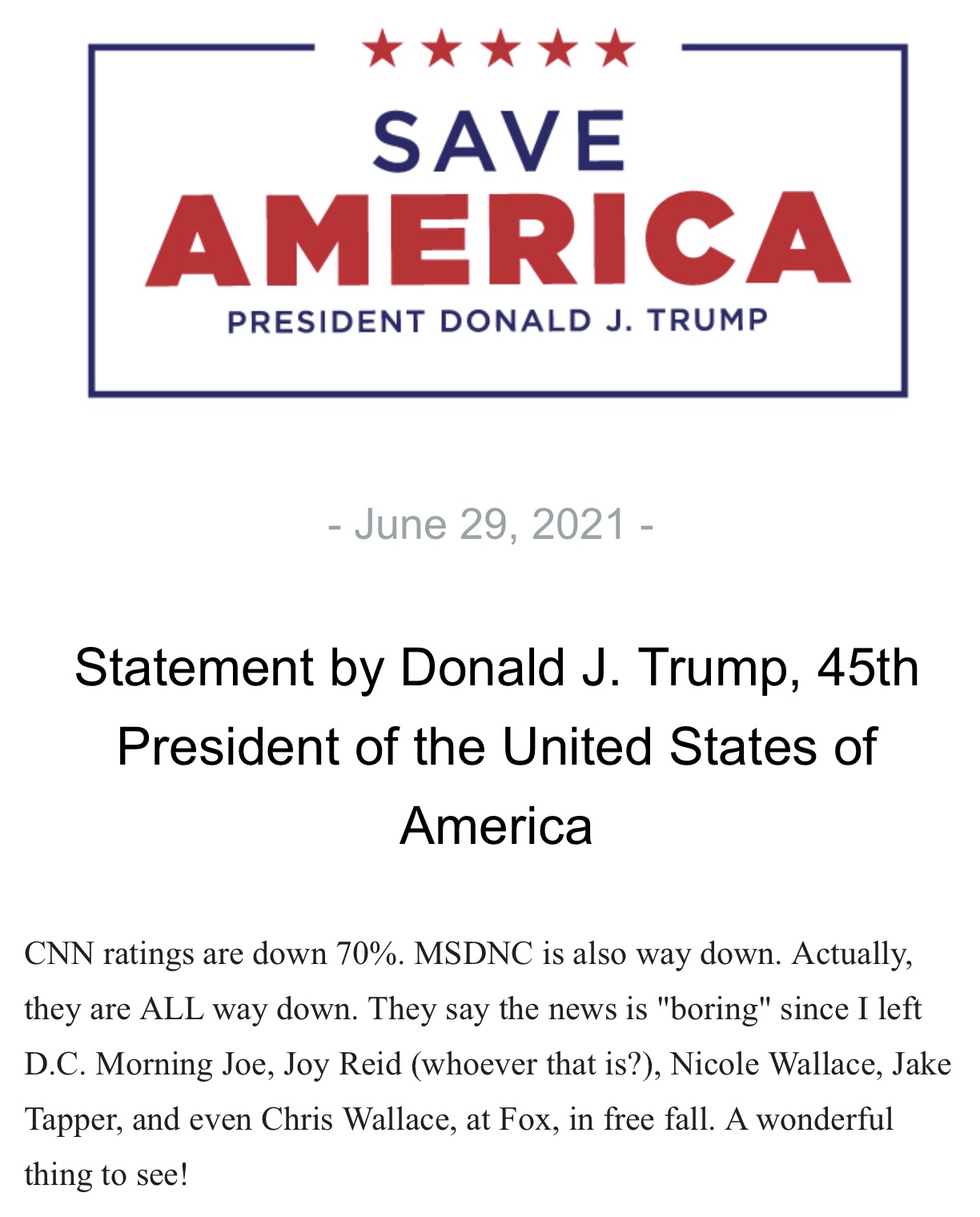 (Related: Jake Tapper Has A Meltdown After Lara Trump Suggests Biden Has Cognitive Decline: “You Don’t Have Any Standing”)

‘It’s Time To Start Shaming Them Or Leave Them Behind’: Lemon Vents His Irritation At Unvaccinated Americans