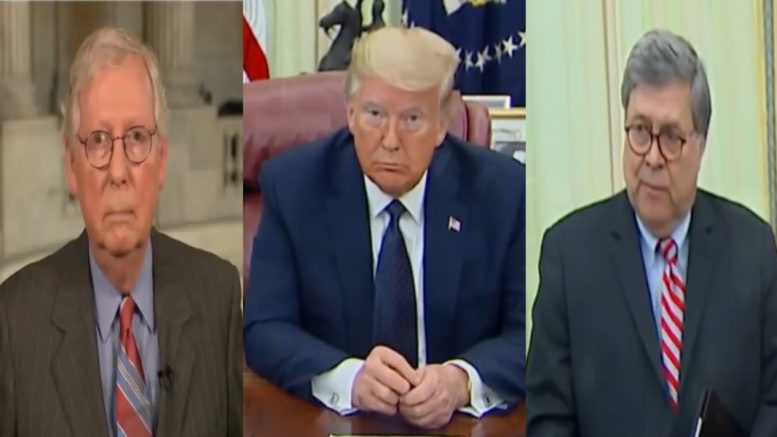 45th President Donald J. Trump issued a statement Monday via email from “Save America” PAC, calling out Senate Minority Leader Mitch McConnell (R-KY) for convincing “his buddy, Bill Barr, to get the corrupt election done, over with, and sealed for Biden”.

The statement was the second from the 45th President in less than 24 hours, lashing out at McConnell and “disappointment” from former Attorney General William Barr for “letting down the American people” after a report emerged Sunday claiming that Barr felt the election fraud investigation was “bulls**t” from the start. The former AG also asserted that Sen. McConnell urged him to “inject some reality” into Trump, in regards election integrity. McConnell later confirmed Barr’s account.

Had Mitch McConnell fought for the Presidency like he should have, there would right now be Presidential Vetoes on all of the phased Legislation that he has proven to be incapable of stopping.

Not to mention, he lost two Senatorial seats in Georgia, making the Republicans the Minority in the Senate.

He never fought for the White House and blew it for the Country. Too bad I backed him in Kentucky, he would have been primaried and lost!

Based on press reports, he convinced his buddy, Bill Barr, to get the corrupt (based on massive amounts of evidence that the Fake News refuses to mention!) election done, over with, and sealed for Biden, ASAP! Continued Below

Barr said, according to excerpts for an upcoming book published on Sunday, that he only really launched a Justice Department probe into Trump’s voter fraud claims because he wanted to cover his bases when the then-president came to him about it.

“My attitude was: It was put-up or shut-up time,” Barr told Axios’ Jonathan Karl. “If there was evidence of fraud, I had no motive to suppress it.”

“But my suspicion all the way along was that there was nothing there. It was all bulls**t”, he added. Continued Below

In a lengthy statement on Sunday night, Trump said in part, “Now it was revealed that Barr was being pushed to tell lies about the election by Mitch McConnell, another beauty, who was worried about damaging the Republicans chances in the Georgia runoff. What really damaged the Senate Republicans was allowing their races to be rigged and stolen, and worse, the American people to no longer believe their vote matters because spineless RINOs like Bill Barr and Mitch McConnell did nothing.” 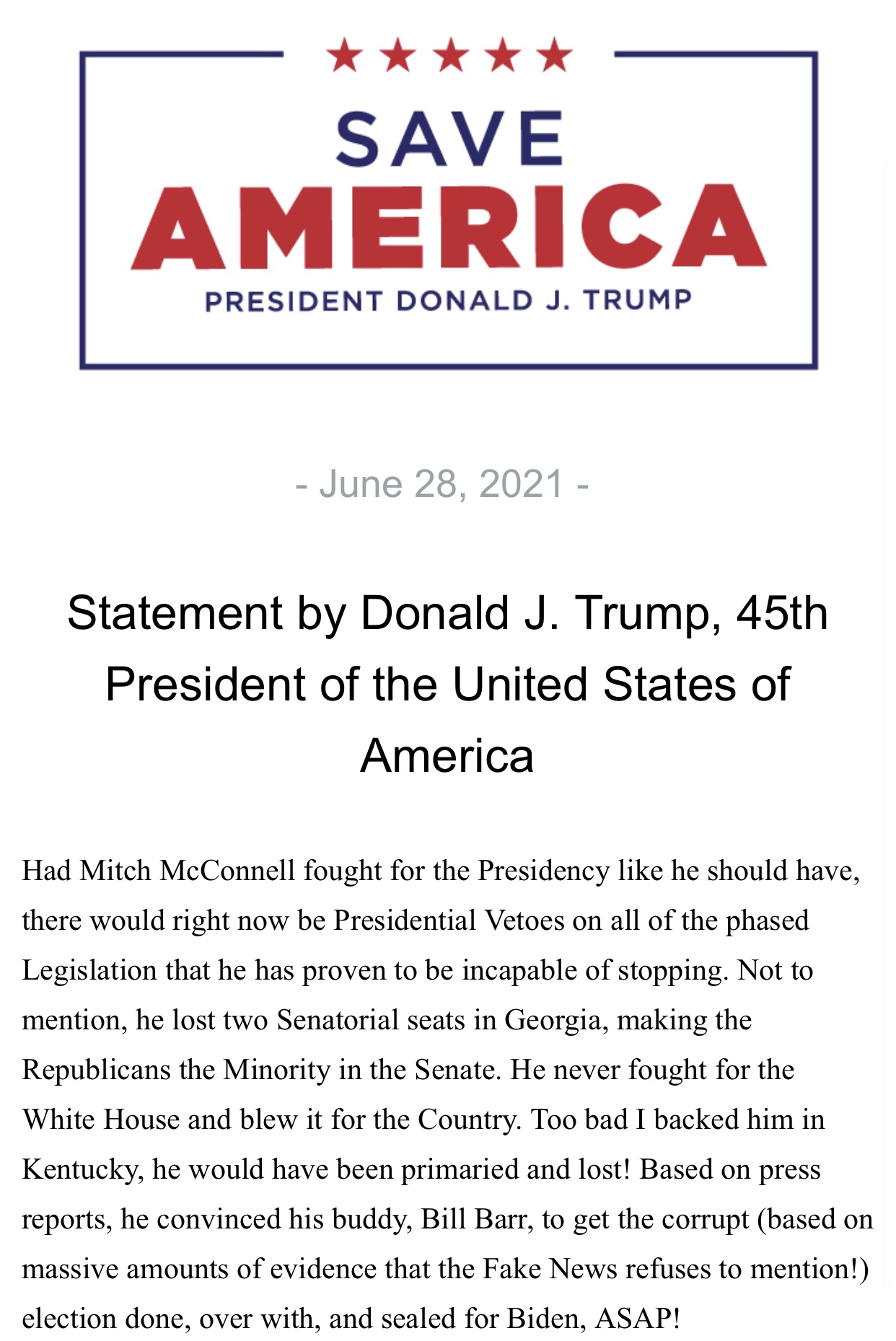