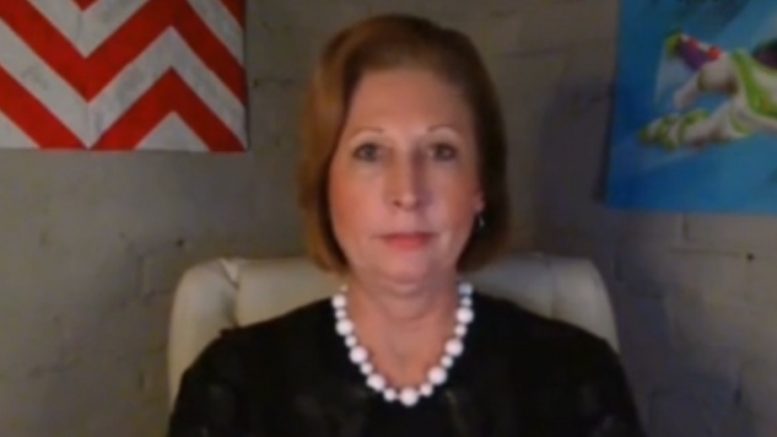 Appearing for an interview on Friday, Sidney Powell claimed ‘an entirely different standard was applied to President Trump’ in the aftermath of the 2020 election, including by his own Vice President Mike Pence when the electoral votes were ceritified by a joint session of Congress.

She then suggested lawmakers should “give us our President back” because “We the People know Trump won.”

“At the very least, [Pence] should have recessed for further investigation into the fraud,” Powell told Brannon Howse on Lindell TV.

“An entirely different standard was applied to President Trump,” Powell proclaimed. “Members of both parties wanted him out. It’s We the People versus the globalist elite, power hungry, greedy titans that are in control of the country and want to destroy the middle class & want to take our freedoms. It’s up to the people to stand up for our rights that are enshrined in the Constitution & the Bill of Rights.” Video Below

Sidney went on to declare, “They ought to have to give us our President back, because We the People know Trump won.”

Here is a look at the shirt Sidney Powell is referring to: