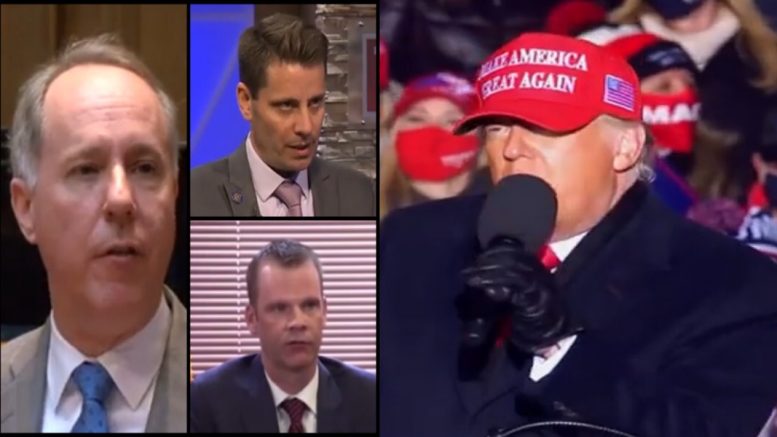 The 45th President issued a statement Friday via email from his “Save America” PAC, criticizing three Wisconsin Republicans who he said are “working hard to cover up election corruption in Wisconsin.”

Former President Donald Trump has closely watched the audits and investigations taking place in the states he allegedly lost, frequently naming people who he suggests were involved in election fraud or helping to cover it up in the November 2020 presidential election.

They are actively trying to prevent a Forensic Audit of the election results, especially those which took place in Milwaukee, one of the most corrupt election locales in the country. Don’t fall for their lies!

These REPUBLICAN “leaders” need to step up and support the people who elected them by providing them a full forensic investigation.

If they don’t, I have little doubt that they will be primaried and quickly run out of office. Continued Below

Several Wisconsin Republican lawmakers recently traveled to Arizona to observe an audit being conducted there. Vos has said he does not anticipate a similar review in Wisconsin, citing his hiring of the retired investigators instead, AP reported. Continued Below 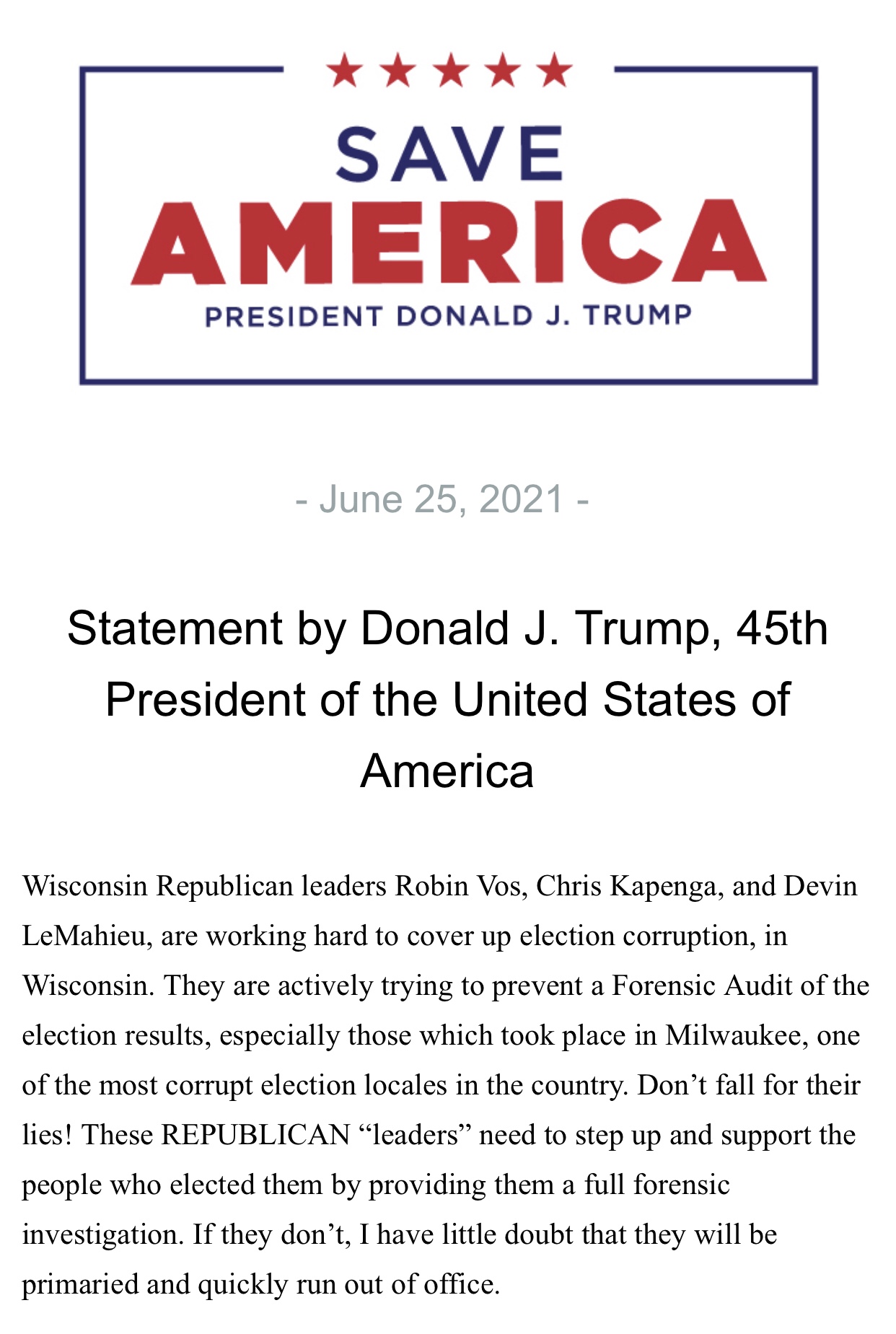 Related Article: Trump: “There Is Gonna Be A Big Problem…When People Find Out All Of These States Are Gonna Flip”)