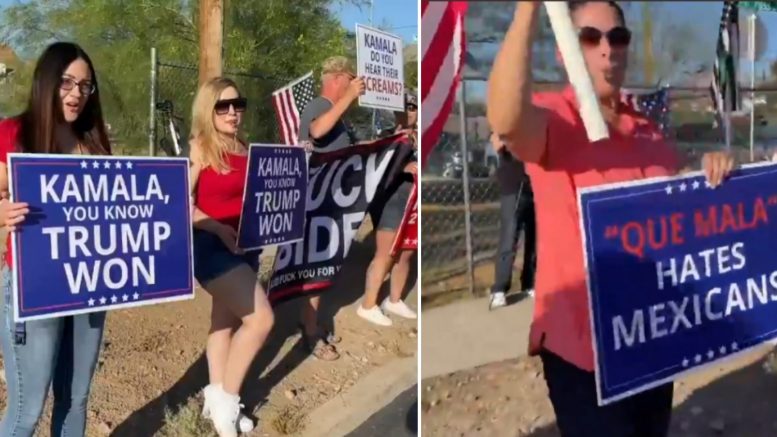 Protesters were prepared to greet Kamala Harris with an unfriendly welcome on Friday during her first trip to the U.S./Mexican border since being named ‘border czar’ three months ago.

Video footage surfaced on social media showing demonstrators in Texas holding flags and signs with pro-Trump, anti-Biden or anti-Kamala slogans on them, such as ‘Kamala You Know Trump Won’, ‘F**k Biden’ and ‘Que Mala Hates Mexicans.’

Some protesters were blowing whistles and held signs that said, ‘Kamala Do You Hear Their Screams?’ and ‘How Many Little Girls Need to Be Raped For This To Be Called A Crisis?’

As the camera pans to the end of the line, one female demonstrator says, “Kamala, you came a little too late. We have had this crisis for years. We need solutions. We don’t need you parading in thae border patrol station or acting like you care. Americans matter, Americans matter. God bless you, America.”

Protestors waiting to greet Kamala by the border 😂pic.twitter.com/aB8X0BbKWU