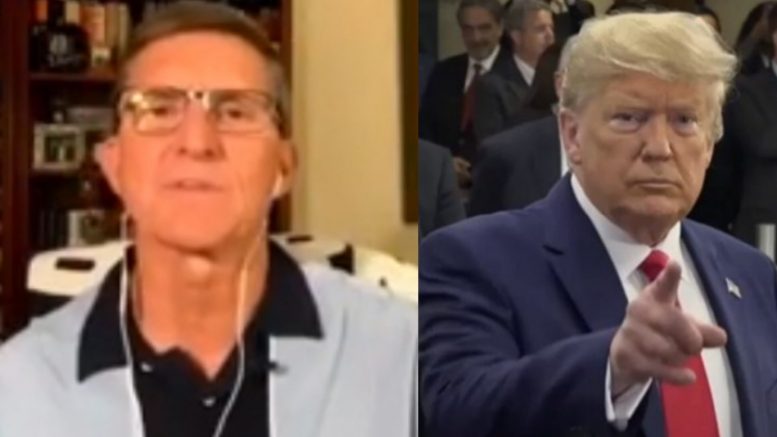 Appearing for an interview on Steel Truth, General Michael Flynn discussed the prospects of 45th President Trump being reinstated if ‘a sufficient number of electoral votes’ hypothetically are ‘reversed’ depending on what is discovered in pending election audits.

“…What should happen if we find out that there are a sufficient number of electoral votes that are reversed because proper audits are done, and Trump now has over 270, right? Then you reinstate the guy and you get rid of the guy that’s there,” Flynn declared.

“And everybody’s gonna go ‘ohh this is unconstitutional!’ BULLSHIT…I’m sorry. That is not the case,” Flynn said.

“There have been people at different levels, at different political offices that have been taken out and the rightfully elected person has been put in,” he added.

“So, that is unprecedented at the Presidential level but it doesn’t mean that it’s not gonna happen or that it cannot happen. That’s why they don’t want these audits to happen,” General Flynn proclaimed. Video Below