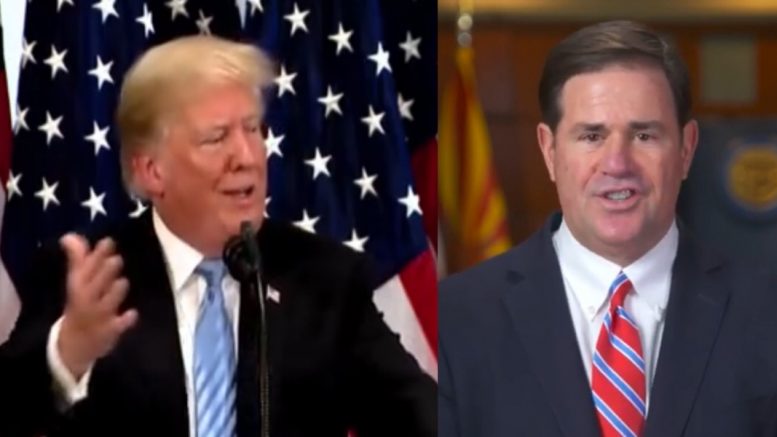 Former President Donald Trump issued a statement Wednesday via email from his “Save America” PAC, delighted over the news that Governor Doug Ducey (R-AZ) will not be running for Senate.

Arizona GOP Gov. Doug Ducey reiterates on NRSC/RGA call that he is not considering running for Senate #AZSEN

Good news! RINO Governor Doug Ducey of Arizona has restated the fact that he is not running for the United States Senate.

It would not matter, however, because he could not get the nomination after failing to perform on the Voter Fraud in Arizona. Continued Below

Also, there is no way he would get my endorsement, which means, his aspirations would be permanently put to rest anyway.

Again, thank you to our brave Republicans in the Arizona State Senate for their bravery in putting forward the Forensic Audit. Everybody is anxiously awaiting the result!

“The governor has said specifically he is not running for the United States Senate,” said C.J. Karamargin in January for Gov. Doug Ducey. Ducey also told The New York Times in January that he would not run for a Senate seat in 2022. Continued Below

Ducey, who will be 58 when he leaves office, cannot legally seek a third term as governor. 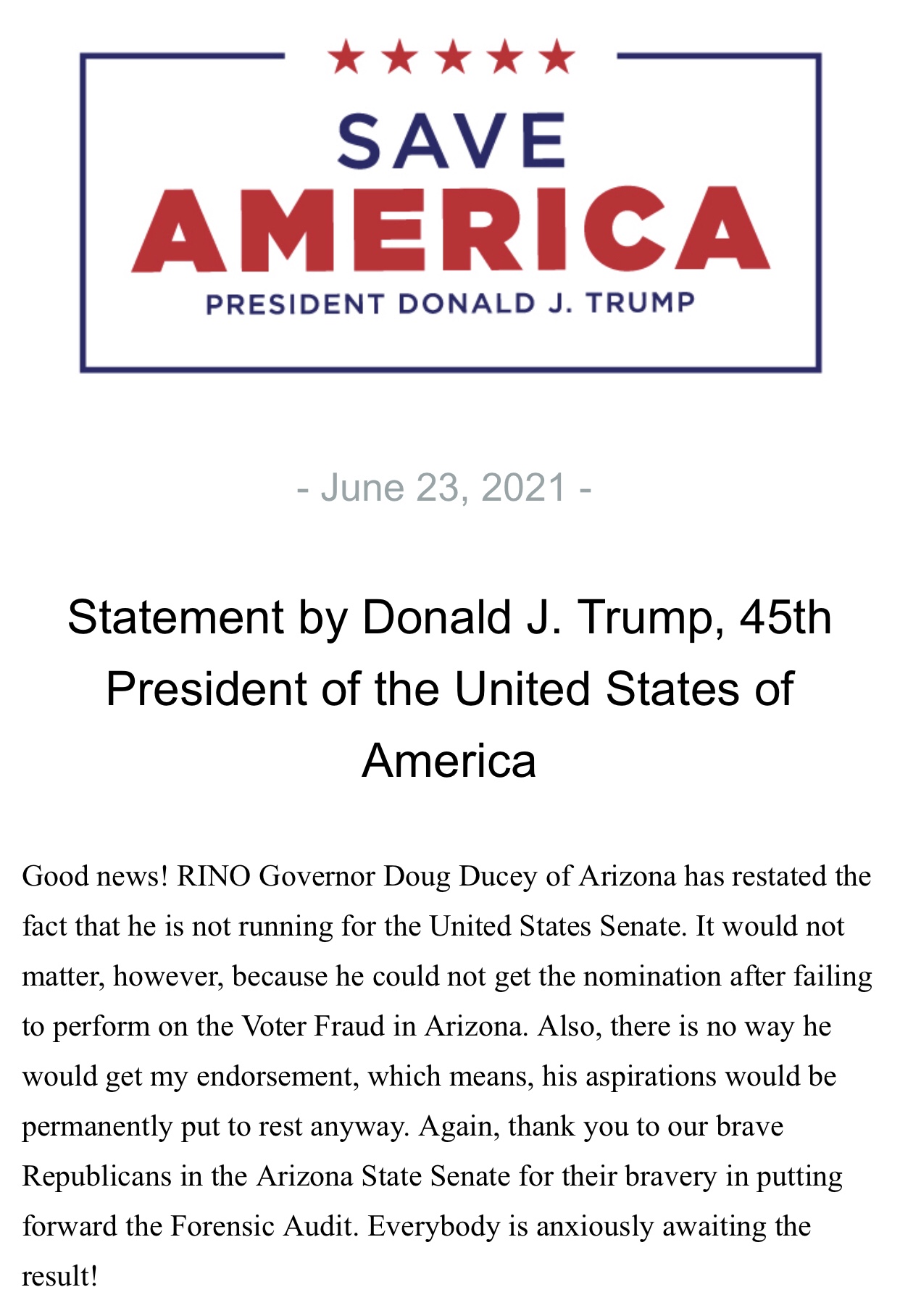