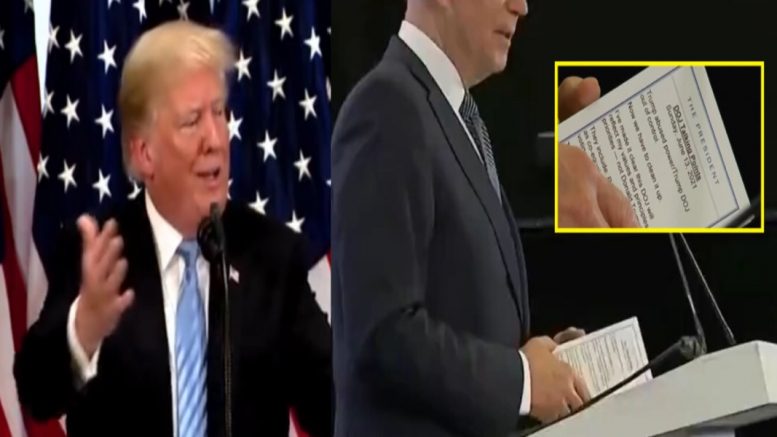 The 45th President of the United States issued a statement Friday via email from his “Save America” PAC, reacting to a report from OAN, which showed a video clip of Joe Biden during a press conference in England, holding a “flashcard of anti-Trump talking points”.

The flashcard could be visibly seen in Biden’s hands, during a video released by the right-leaning network, and it was labeled “DOJ Talking Points” while he was speaking in Cornwall on Sunday, Swamp Drain reported.

“The cards included a number of preplanned answers, that’s including a claim that Trump ‘abused power’ and that his ‘Justice Department was out of control’”, OAN reported while revealing a video clip of Biden holding the note card.

Newsmax’s Benny Johnson, on Tuesday, tweeted the report from OAN:

Joe Biden needs a flash card to remind him that he thinks everything is Trump’s fault.

Former President Trump responded in an email statement Friday, posting a picture of Biden’s notecard, asking, “Can anybody believe this? No wonder our Country is going to hell!” 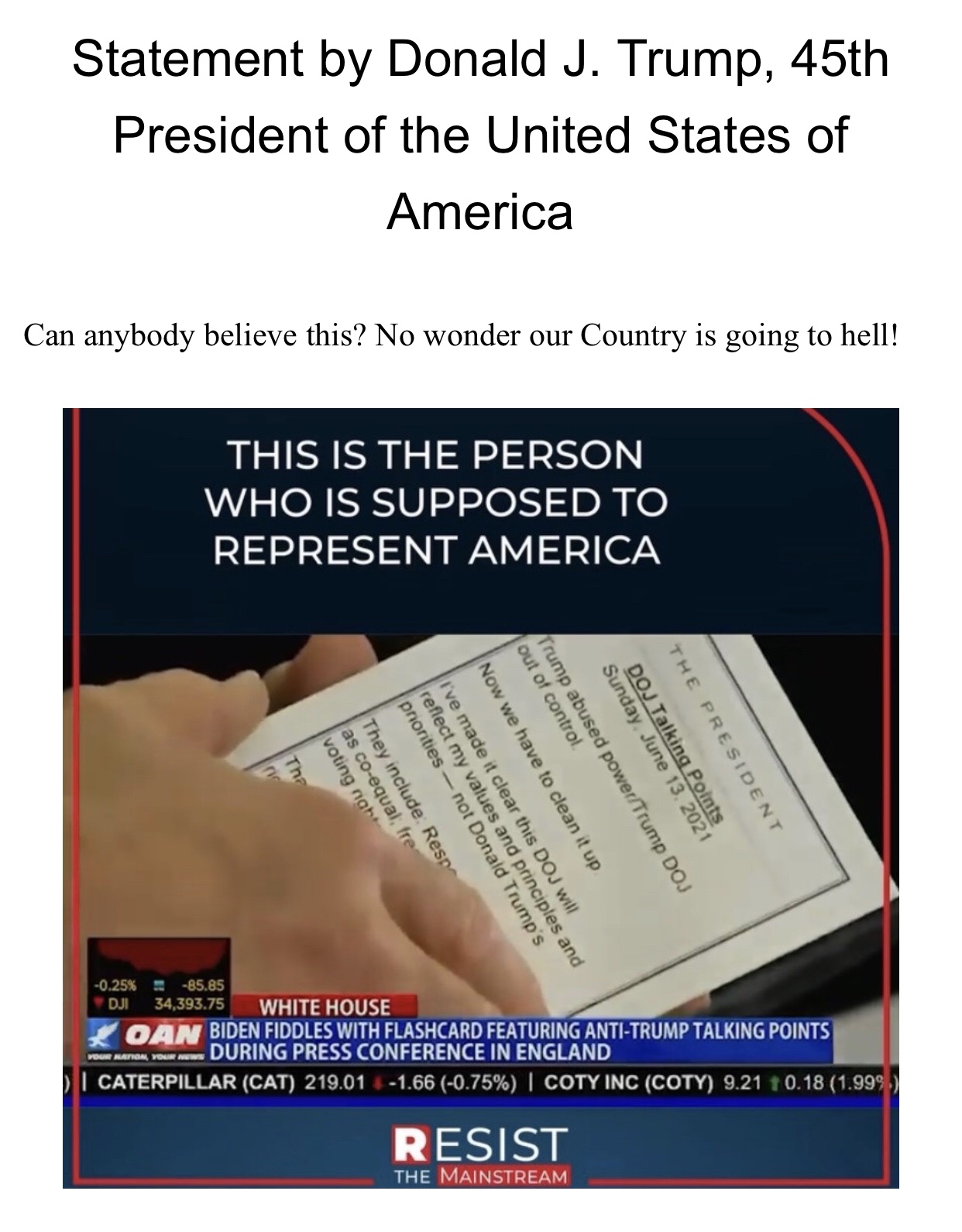 As reported by Swamp Drain:

Biden’s notecards appear to be seen after reports surfaced regarding Justice Department prosecutors subpoenaing Apple for data from the accounts of two Democratic members of the House Intelligence Committee, including current Chairman Adam Schiff, while investigating leaks of classified information related to contacts between aides to former President Trump and Russia in the early days of the Trump administration.

Representative Eric Swalwell said Thursday that he had been informed by Apple that he was one of the targets of the subpoenas. “They did seize my records,” he told CNN’s Don Lemon.

A House Intelligence Committee official told CBS News that targets of the subpoenas were told by Apple in May that the Justice Department had issued grand jury subpoenas for their information in February 2018. Records were also seized in 2017. The Committee was told in May that the matter had been closed.