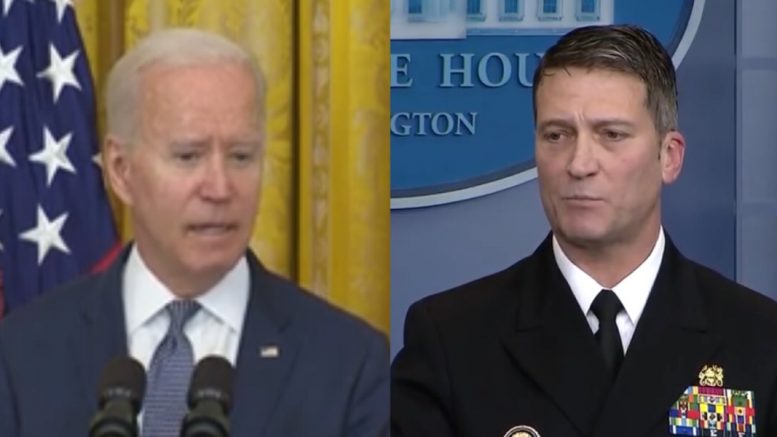 Congressman Ronny Jackson (R-TX), who served as former President Donald Trump’s White House physician, has called on 78-year-old Joe Biden to immediately undergo a cognitive test and publicly share the results to prove he is “mentally fit to be commander in chief”.

Rep. Jackson sent a letter to Joe Biden, Physician to the President Kevin O’Connor, D.O. and Chief Medical Advisor Anthony Fauci, M.D. His letter comes after a clear decline of Biden’s cognitive ability, including embarrassing performances on the world stage, according to the Texas representative.

“When I was Physician to President Donald J. Trump, the liberal media relentlessly pushed a narrative that he needed a cognitive test and that it should be the standard for anyone serving as Commander-in-Chief and Head of State. I administered the Montreal Cognitive Assessment (MOCA) test and President Trump excelled. Given the precedent set and Biden’s clear mental impairment, I believe it is past time he undergo a cognitive test,” Mr. Jackson urged.

13 Republican lawmakers have also signed the letter, which cites Joe Biden’s “mental decline and forgetfulness”, along with several of his “gaffes”.

The letter, in part, lists examples of moments describing some of Biden’s apparent confusion: forgetting the name of the Defense Secretary, muddling Air Force One with Air Force Two, along with forgetting the words to the first line of the Declaration of Independence. Continued Below

Rep. Jackson was the physician in the Obama and Trump administrations, but has never evaluated Biden.

Given the precedent set and President Biden’s CLEAR mental struggles, I believe it’s past time he take a cognitive test.

I sent a letter to him saying just that! ⬇️https://t.co/6RCKj7pFYd 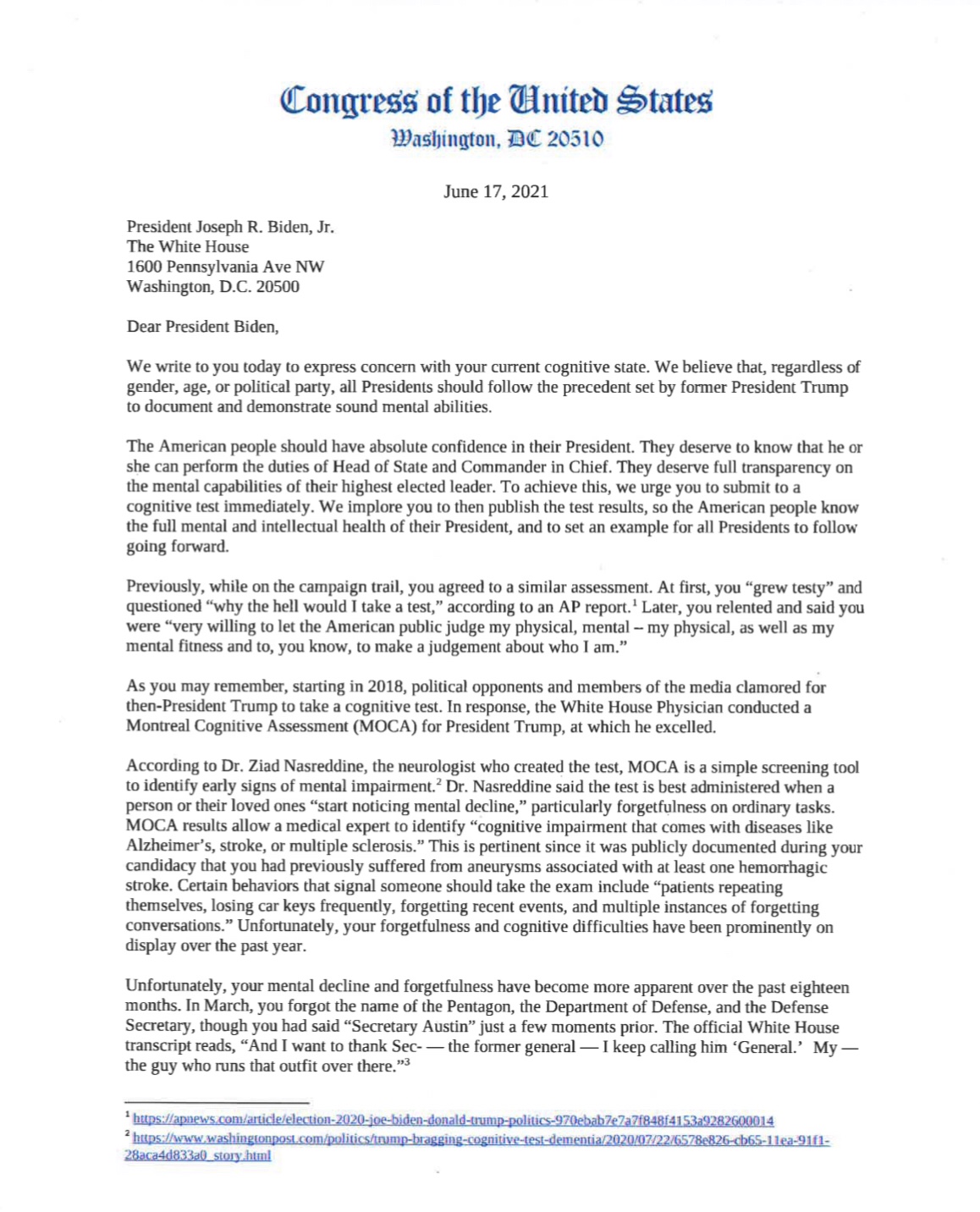 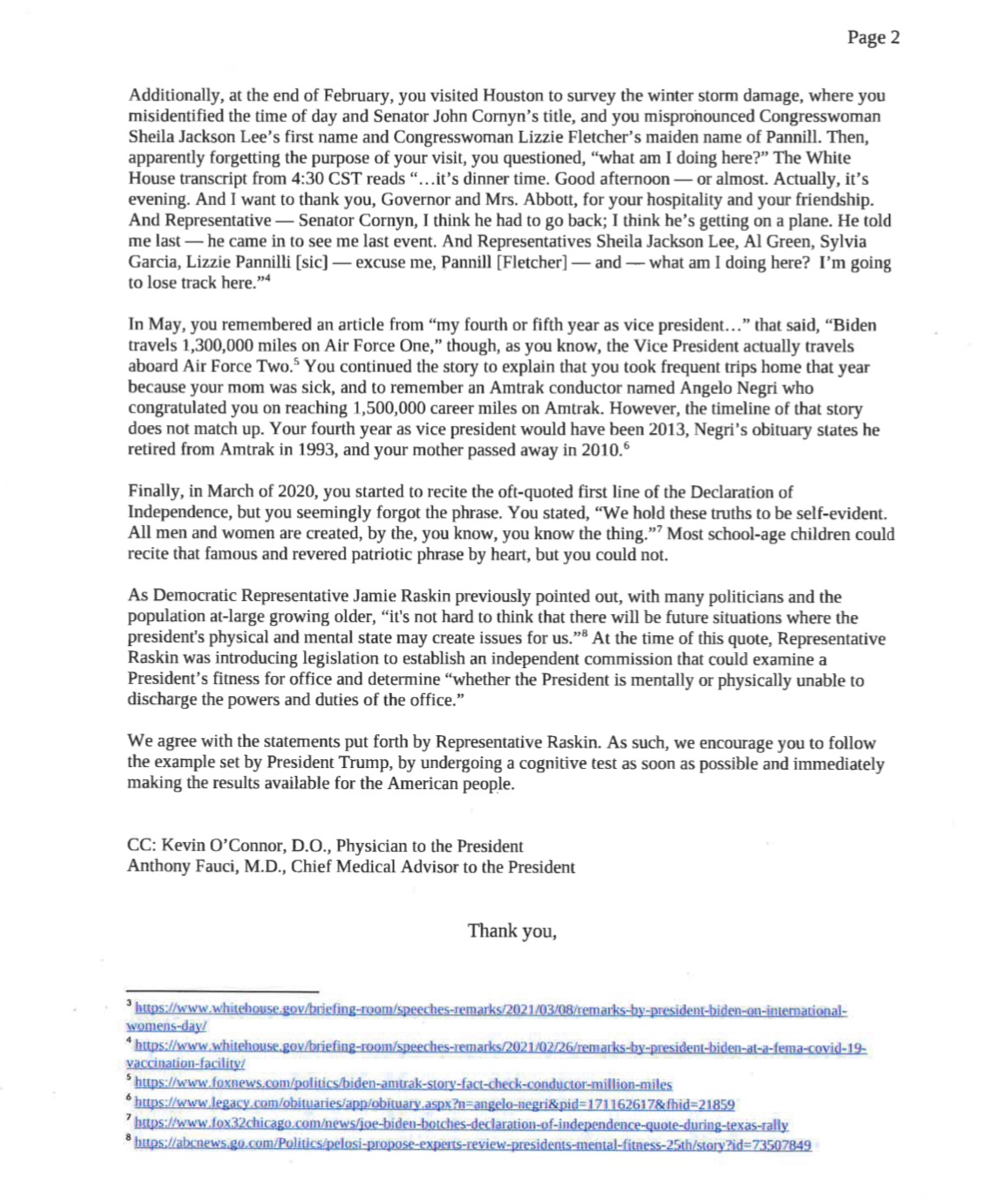 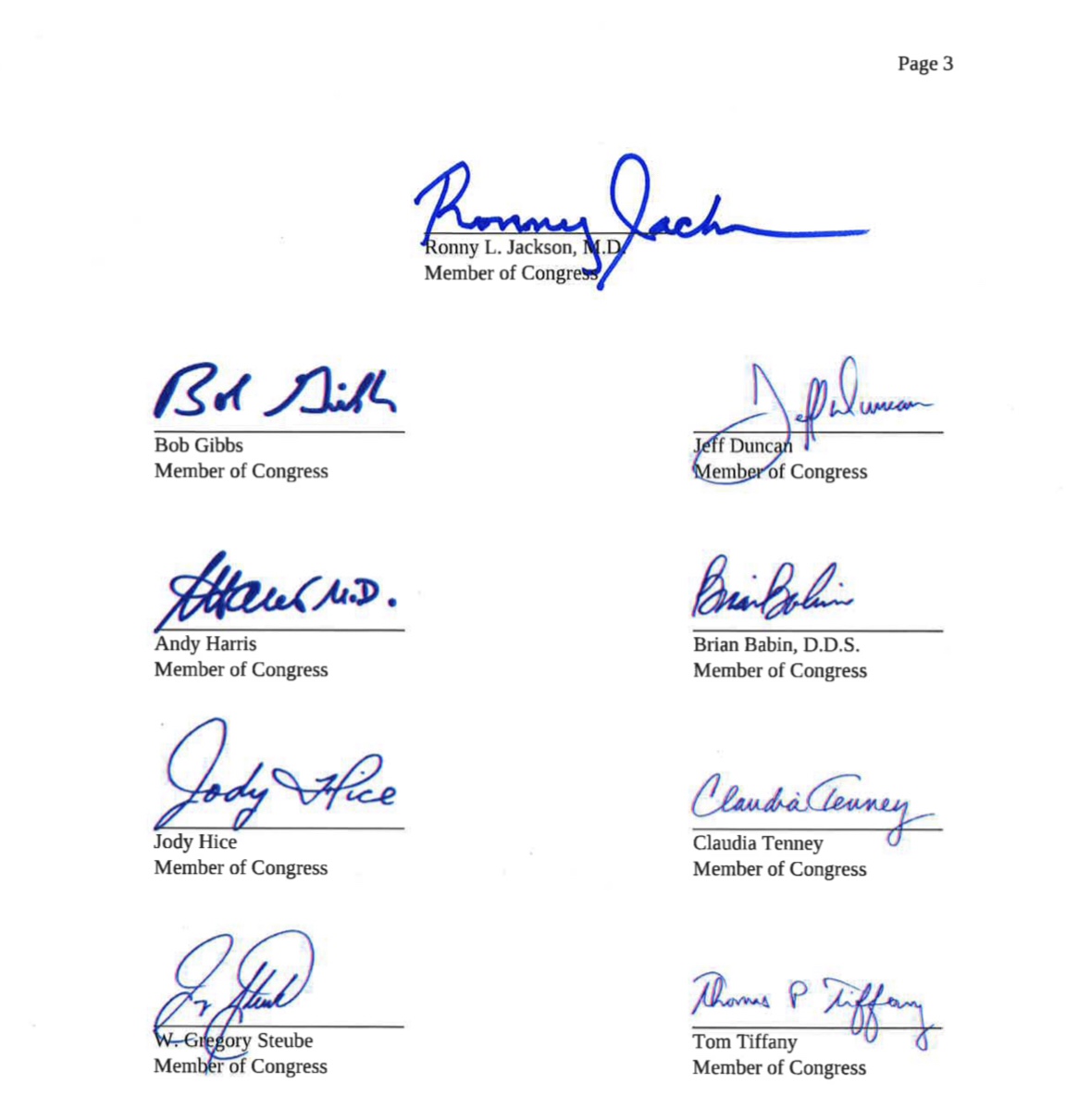 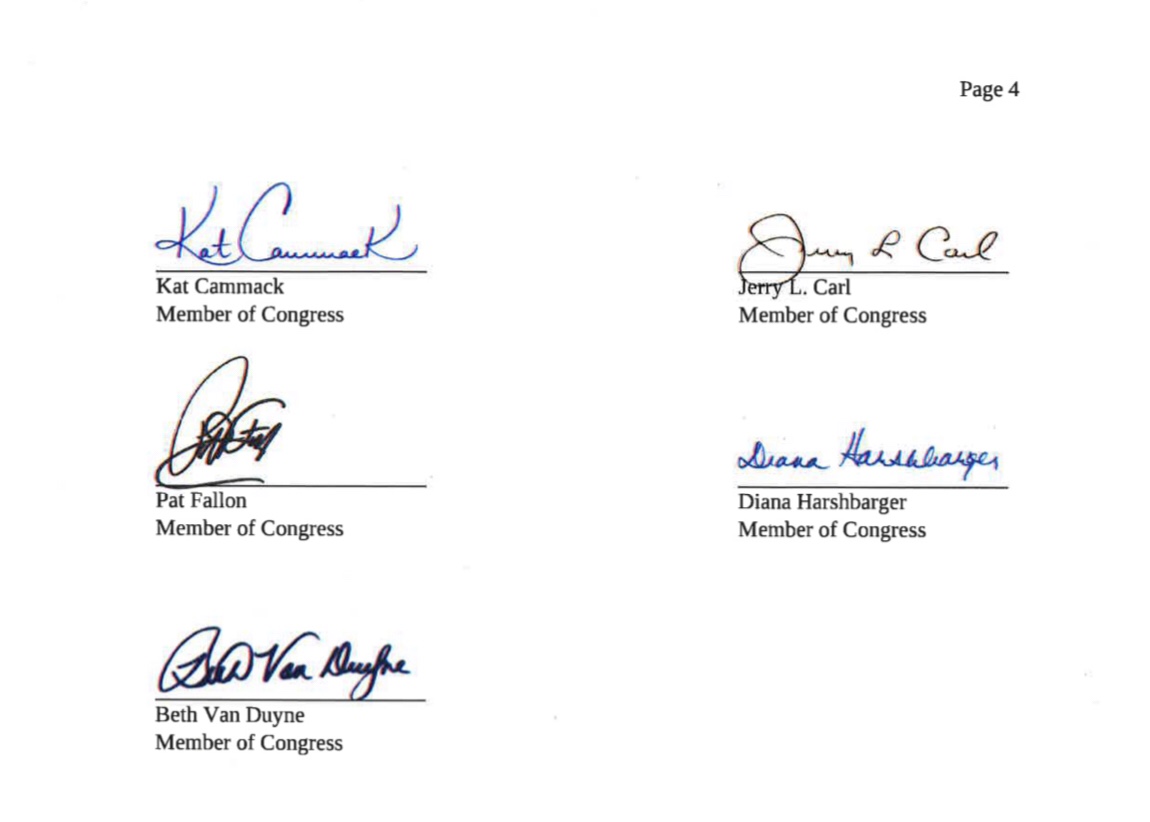