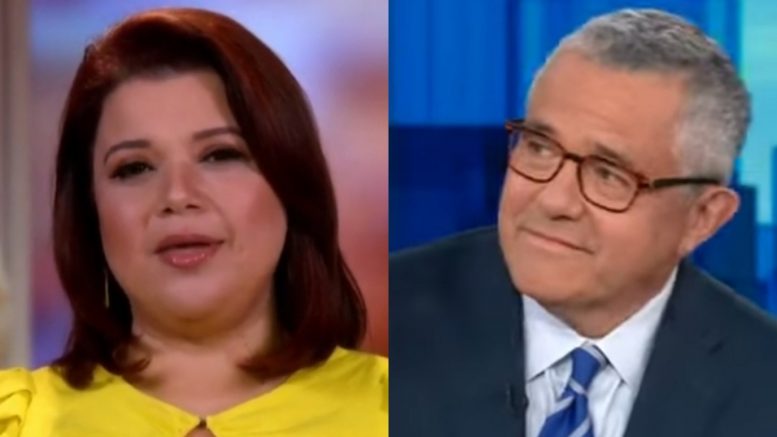 “You know, actually I’m not surprised he’s back on the air,” The View co-host and CNN commentator Ana Navarro said after Whoopi Goldberg asked her about CNN bringing back its chief legal analyst Jeffrey Toobin seven months after being caught exposing himself during a Zoom call.

While he has since been terminated from The New Yorker, Toobin returned to CNN last Thursday where he addressed both fallout from the incident and his continued employment at the network.

“It was not a CNN Zoom call. It was with The New Yorker, from where he has been terminated and faced consequences,” she added.