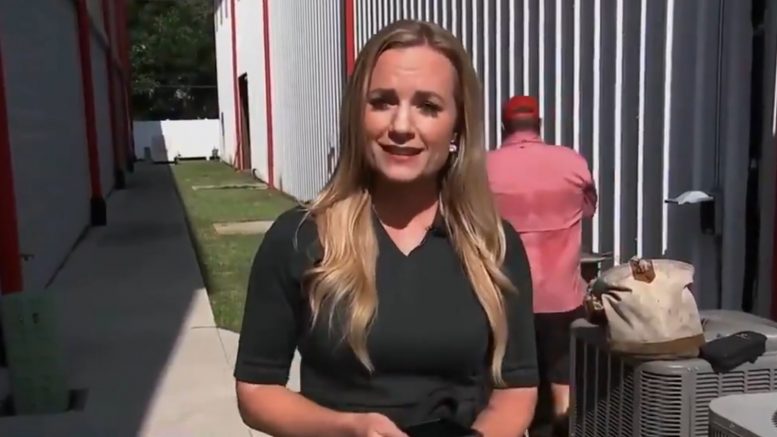 Fox 26 reporter in Houston, Ivory Hecker made a surprise announcement on live TV on Monday, saying that she will be “releasing some recordings” with the help of Project Veritas that will show how Fox Corp. has been “muzzling” her.

Hecker dropped the revelation before reporting on a ‘heat wave’ that the surrounding area has been experiencing.

Related Article: “What Is Happening?”: Fox News Anchor Caught On Hot Mic Reacting To A Guest Casting Doubt Over Biden As President-Elect

“Fox 26 reporter Ivory Hecker is live in Montgomery County to take a look at that aspect,” a fellow reporter said in the news room while, introducing Hecker on a live video feed.

“Thanks, guys. That’s right.” Hecker replied. “Before we get to that story I want to let you, the viewers, know that Fox Corp. has been muzzling me to keep certain information from you, the viewers, and from what I am gathering I am not the only reporter being subjected to this. I am going to be releasing some recordings about what goes on behind the scenes at Fox because it applies to you, the viewers.”

“I found a nonprofit journalism group called Project Veritas that’s going to help put that out tomorrow, so tune into them, but as for this heat wave across Texas, you can see what it’s doing to AC units,” she added. Video Below

WATCH: Local FOX Reporter In Houston @IvoryHecker says live on-air that "Fox corp. has been muzzling me" and says she has recordings to be published by Project Veritas tomorrow pic.twitter.com/iHMKgY8Cmu