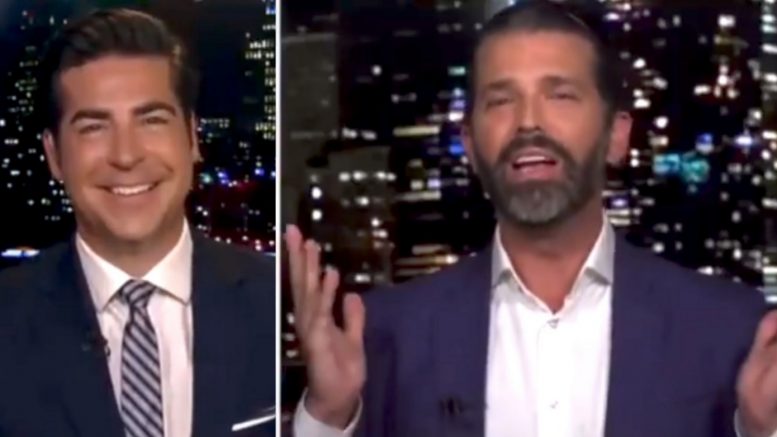 Donald Trump Jr. was on a roll Saturday night as he weighed in on double standards exhibited from the media in wake of racist text messages uncovered from Hunter Biden’s alleged laptop as well as remarks made by Dr. Anthony Fauci.

Fauci recently made the following statement without receiving any backlash from the media: “If you are trying to, you know, get at me as a public-health official and a scientist, you are really attacking not only Anthony Fauci you are attacking science. And anybody that looks at what is going on clearly sees that.”

“These people are morons and they’ve lost their minds,” he added.

.@DonaldJTrumpJr tells @JesseBWatters The media cover-up is insane. What they’re doing with Fauci is insane. If criticizing Anthony Fauci is a attack on science then criticizing Bill Cosby is an attack on comedy. pic.twitter.com/dPv61vld6Z

Here is another clip from Don Jr.’s interview:

.@DonaldJTrumpJr tells @JesseBWatters The media did what they was trying to do. They was able to weaponize fake information to hurt Donald Trump. They don’t care about the truth. pic.twitter.com/1KChcBQPFo