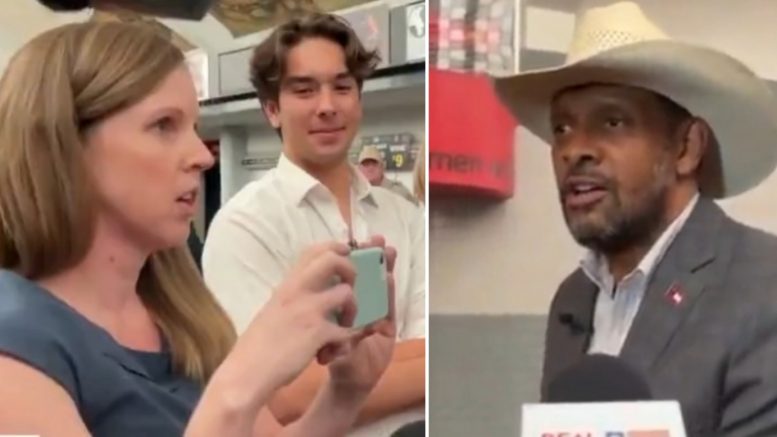 Georgia gubernatorial candidate Vernon Jones stumped a journalist as the pair got into a heated exchange during a press conference in Arizona on Wednesday.

The situation unfolded as Jones was taking questions after examining the process of the Maricopa County forensic audit with Bernard Kerik — former commissioner of the New York Police Department.

Jen Fifield of The Arizona Republic denied that she was being biased after questioning Jones how he felt about efforts made by ‘Republican’ individuals, including Christina Bobb of One America News, to raise money for the audit.

Jones: “Then why did you tell me ‘Who is funding it’ then?”

Fifield: “I was setting up my question.”

Fifield: “I did not say that.”

Jones: “No, don’t look at her, look right here. Did they break the law? All I’m asking, ma’am I want to be very respectful, here is my question, when you mention who is funding this audit and you said private people, including OAN…whoever is funding it, if it’s private dallars is that illegal?”

Fifield: “If private money is paying for a public audit, I don’t know if that breaks any laws or not.

Jones: Wait a minute. If private money is paying for a public audit?… Okay, I’ll take the next question.

Here is the full interview: