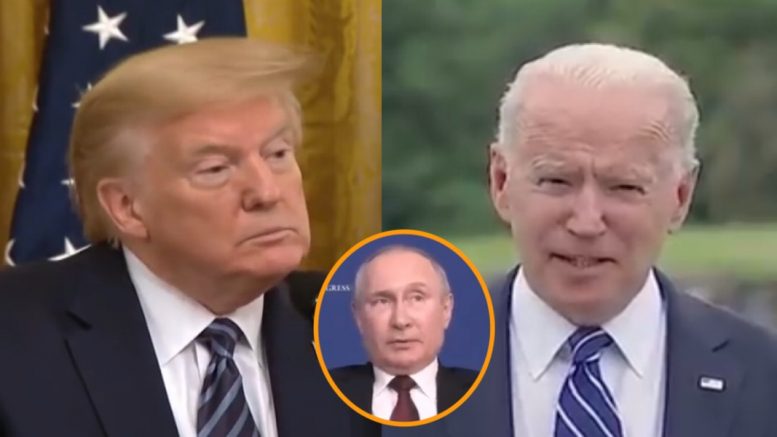 The 45th President issued a statement Thursday via email from his “Save America” PAC, wishing Biden “good luck in dealing with President Putin” during his 8-day Europe trip to the G7 summit.

Biden, on Wednesday, told airmen in the audience in the United Kingdom at Royal Air Force Base Mildenhall, that he was going to Geneva “to meet with Mr. Putin to let him know what I want him to know.”

“We are not seeking conflict with Russia. We want a stable, predictable relationship,” Biden said.

“Our two nations share incredible responsibilities and, among them, ensuring strategic stability and upholding arms control agreements,” he added.

US President Joe Biden has indicated that he will take a tough line with Vladimir Putin when they meet face-to-face next week.

As President, I had a great and very productive meeting in Helsinki, Finland, with President Putin of Russia. Despite the belated Fake News portrayal of the meeting, the United States won much, including the respect of President Putin and Russia.

As to who do I trust, they asked, Russia or our “Intelligence” from the Obama era, meaning people like Comey, McCabe, the two lovers, Brennan, Clapper, and numerous other sleezebags, or Russia, the answer, after all that has been found out and written, should be obvious. Our government has rarely had such lowlifes as these working for it.

Good luck to Biden in dealing with President Putin—don’t fall asleep during the meeting, and please give him my warmest regards! Continued Below 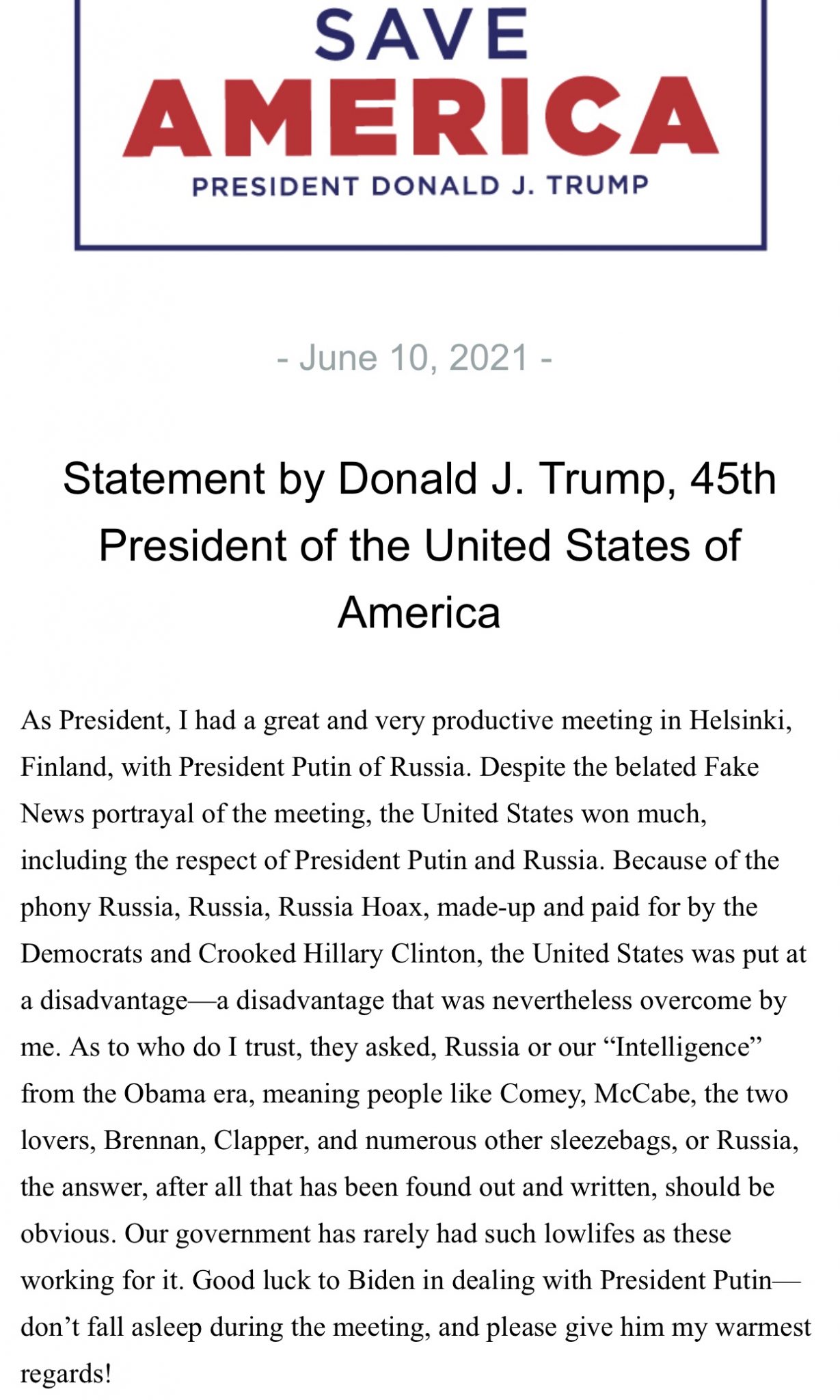