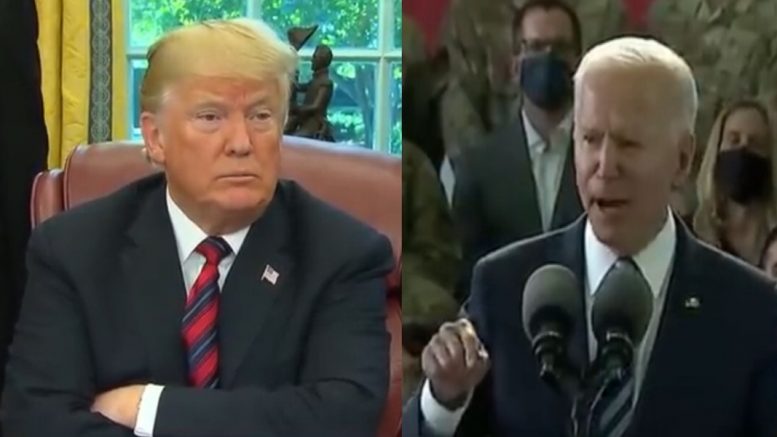 The 45th Commander in Chief issued a statement via email from his “Save America” PAC Thursday, disregarding the alleged threat of climate change and advised Joe Biden to fire the joint chiefs of staff if they view it as “our greatest threat” to the nation.

While the Joint Chiefs of Staff have repeatedly warned of the threat of climate change, Biden in his address Wednesday to American troops in the United Kingdom upon his arrival in Europe was referring to a warning the Joint Chiefs gave him at the start of his tenure as vice president, The Hill reported.

“When I went over in the Tank in the Pentagon, when I first was elected vice president, with President Obama, the military sat us down to let us know what the greatest threats facing America were,” Joe Biden said.

“And this is not a joke: You know what the Joint Chiefs told us the greatest threat facing America was? Global warming. Because there’ll be significant population movements, fights over land, millions of people leaving places because they’re literally sinking below the sea in Indonesia, because of the fights over what is arable land anymore,” he claimed. Video Below

Biden 'blunders' his way through his speech to the troops overseas, a Grant Stinchfield breakdown. @stinchfield1776 pic.twitter.com/QvG2guaeEC

The current chairman of the Joint Chiefs of Staff, Gen. Mark Milley, testified before Congress on Friday that climate change was a threat. 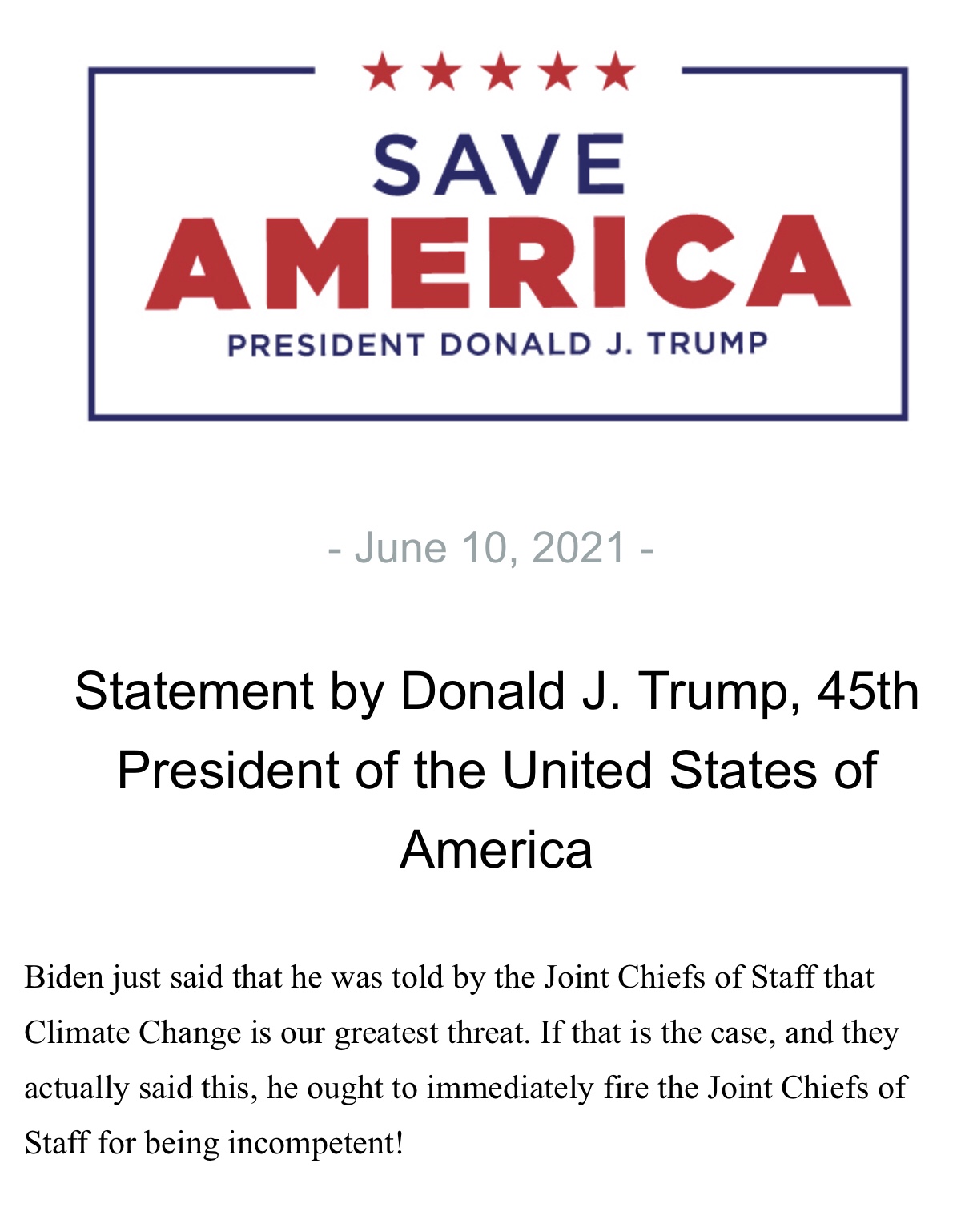 Meanwhile, Project Veritas released a video in April, showing CNN technical director Charlie Chester admitting that his network has fabricated stories to “get Trump out of office” and also “climate change” will be the the leftwing cable networks’ “next COVID thing”.

“Our next thing is gonna be for climate change awareness. … I have a feeling it’s gonna be just like constantly showing videos of like decline in ice and weather warming up and like the effects it’s having on the economy. And really tapping into that,” Chester said.

“…Pandemic like story, that we’ll beat to death, but that one’s got longevity. You know what I mean? … Climate thing is gonna take years. So they’ll probably be able to milk that for quite a bit. … Be prepared, it’s coming,” he revealed. “Climate change is gonna be is gonna be the next COVID thing for CNN. We’re gonna hone in on it.”

(Related: While Making Climate Change Remarks, Biden Gets Video-Bombed By A Large Bug Crawling On Him)