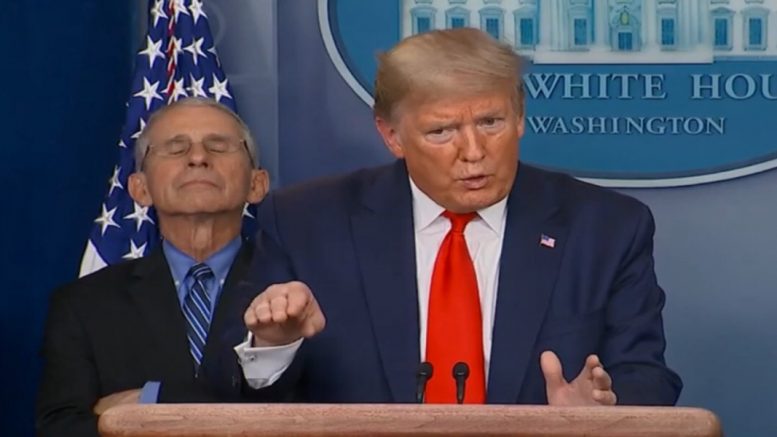 The 45th Commander in Chief issued a statement Thursday via email from his “Save America” PAC, calling attention to Dr. Anthony Fauci’s coronavirus failures and labeling him “science fiction.”

Former President Donald Trump’s statement comes after Dr. Fauci, the director of the National Institute of Allergy and Infectious Diseases, claimed Wednesday on MSNBC, “Attacks on me, quite frankly, are attacks on science.”

It is now unanimous, and I have been proven right (once again) that the initial World Health Organization Report on the Wuhan Lab was flawed and must be redone, this time by a truly transparent investigation.

We were right about the China Virus from the beginning, and now the entire world sees it. This is why the Chinese Communist Party should pay $10 Trillion in global reparations for what they allowed to happen, the worst event in world history.

Even here in the United States, the so-called experts like Dr. Fauci were wrong about the Wuhan Lab and China’s role the entire time. Just think how bad things would have gotten if I followed Dr. Fauci’s advice and never closed down travel from China (and other things)?

Dr. Fauci likes to say that he is “science,” when in fact he is merely science fiction! Continued Below

Dr. Fauci claimed Wednesday during an interview on MSNBC, “Attacks on me, quite frankly, are attacks on science.”

“All of the things I have spoken about, consistently, from the very beginning, have been fundamentally based on science. Sometimes those things were inconvenient truths for people,” Fauci said.

“People want to fire me or put me in jail for what I’ve done,” Fauci said. “Namely, follow the science”. Video Below 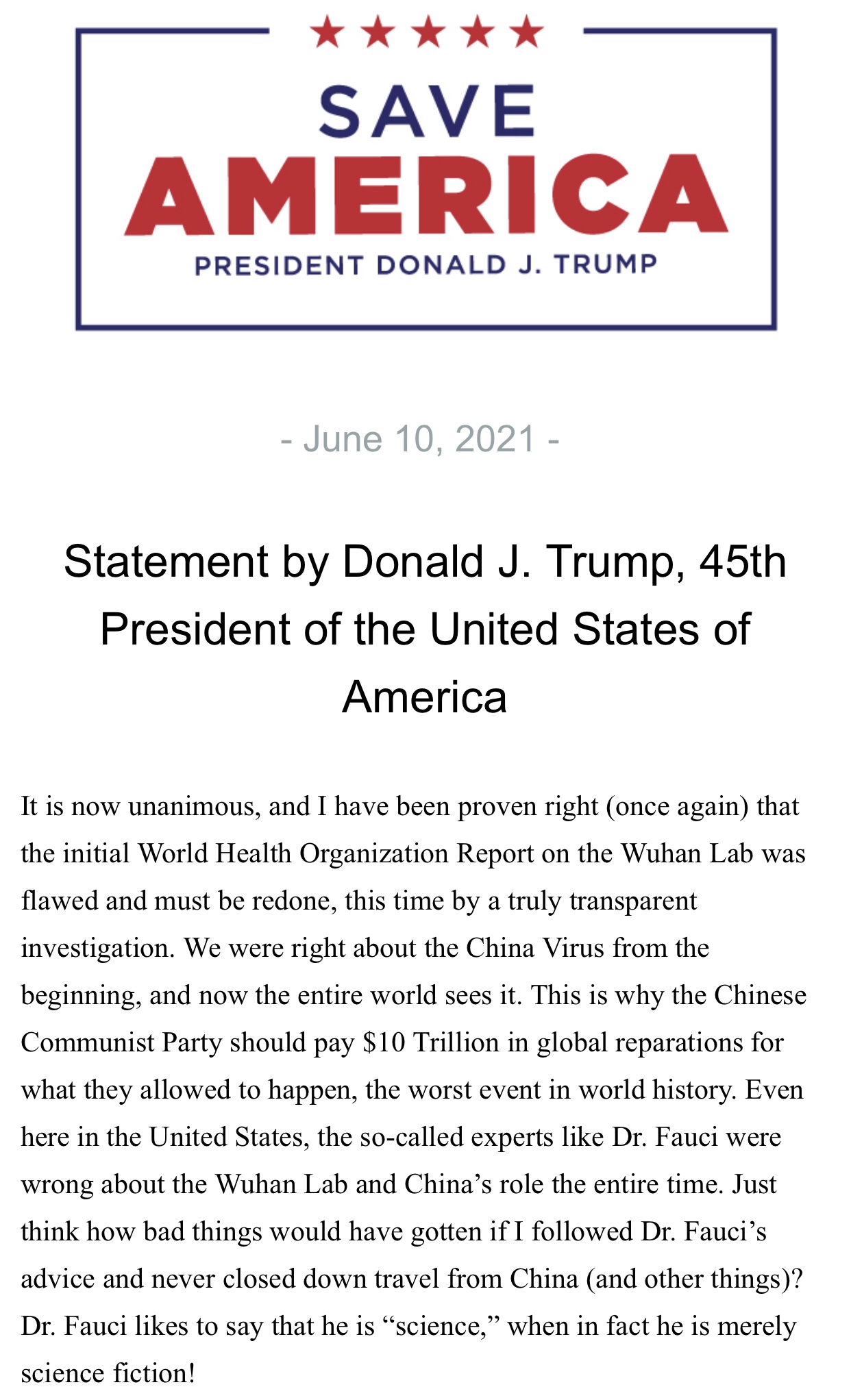 Dr. Fauci: "People want to fire me or put me in jail for what I've done. Mainly, follow the science. … It's preposterous. Totally preposterous." pic.twitter.com/Koq10aIajF

Congressional lawmakers have called for Fauci’s firing, an event that would necessitate legislation. That process is already underway, with Republican House members filing a bill to do so, Breitbart reported.

Rep. Warren Davidson (R-OH) introduced legislation called the Fauci Incompetence Requires Early Dismissal Act, in which he said, “Dr. Fauci represents everything that President Eisenhower warned us about in his farewell address: the scientific-technical elite steering the country toward their own ends.”

“Americans have had decades of Dr. Fauci’s leadership, and he publicly failed to respond appropriately to the COVID-19 pandemic. It is time for him to step aside so that new leadership can ‘follow the science’ and start reopening America,” his statement read.

Rep. Marjorie Taylor Greene (R-GA) introduced a bill in April to fire Dr. Anthony Fauci and to also reduce Dr. Fauci’s salary ($434,312) to $0, until a new NIAID Administrator is confirmed by the Senate.

(Related: Trump Reacts After The Release Of Fauci’s Emails: “There Are A Lot Of Questions That Must Be Answered By Dr. Fauci”)