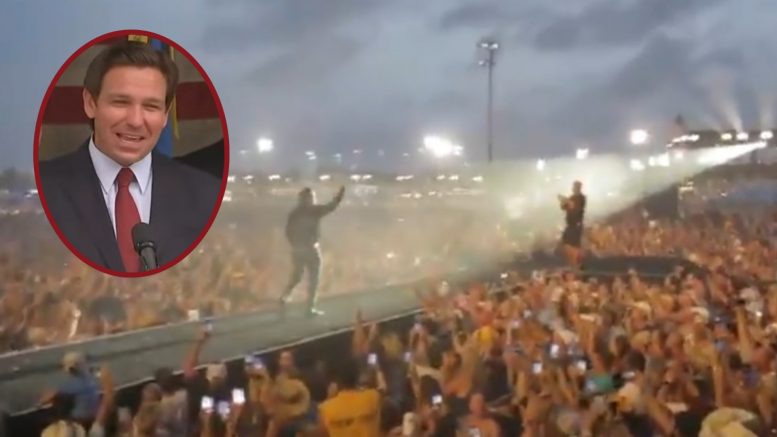 Governor Ron DeSantis marched on stage at Panama City Beach over the weekend and delivered a message to commemorate the largest concert crowd in Florida since the pandemic swept across the United States.

“The 3-day country music festival featured headliners Lynyrd Skynyrd, Luke Bryan, and Brad Paisley. It was originally scheduled for last Labor Day weekend but was postponed due to the pandemic,” according to Tampa 10.

Concert goers erupted into “USA” chants as Gov. DeSantis made a special appearance on stage and grabbed the microphone.

“I am proud that Florida is hosting the largest concert since the pandemic began,” DeSantis told the audience.

“And the only reason that we’re doing that is because Florida chose freedom over Faucism!” the governor declared.

Florida just hosted the largest concert since the pandemic began because FLORIDA CHOSE FREEDOM OVER FAUCISM.

Gov. DeSantis to Advantage Takers: ‘Don’t Even Think About Looting…We are a Second Amendment State’