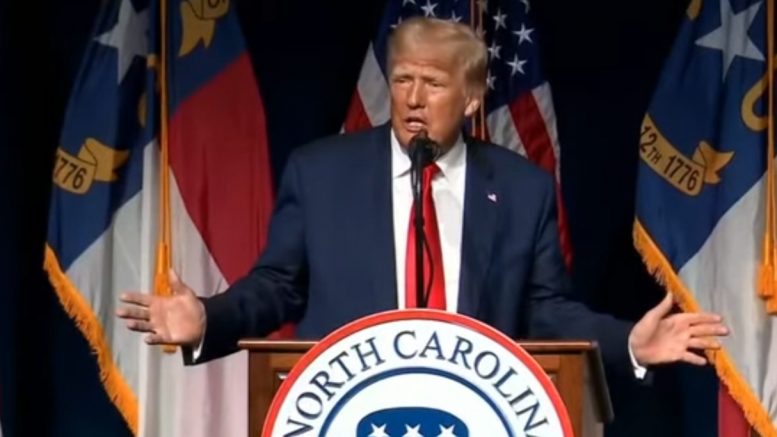 Appearing for a speech at a North Carolina GOP’s convention, former President Donald Trump hinted at a potential bid for reelection while commenting on the pending investigation against the Trump Organization in New York.

“They failed in Washington. They failed all over the place,” Trump said before mocking the investigation.

“Between the impeachment hoax #1, impeachment hoax #2, all of these investigations — ‘Ahh shit! We failed. Let’s send it to the radical left prosecutors in New York. Maybe they can have more luck!’” Trump joked.

“They’ll never stop until November of 2024,” he concluded. Video Below

Here are some highlights from Trump’s speech: