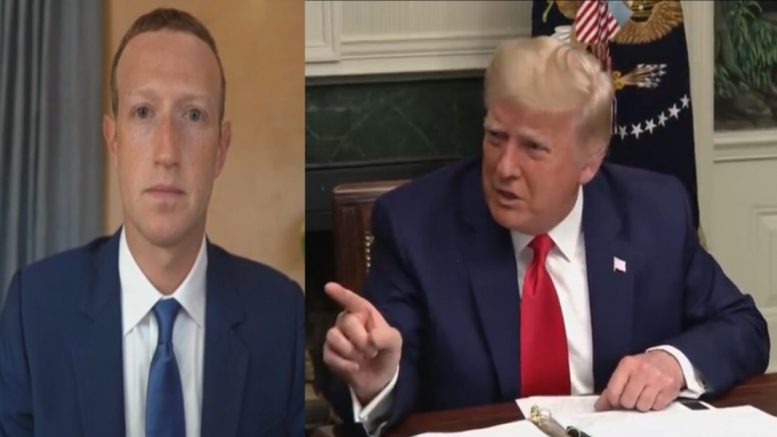 The 45th President issued a statement via email from his “Save America” PAC after Facebook announced Friday that former President Donald Trump would be suspended for two years, until Jan. 7, 2023, and will then be subject to another review to evaluate the “risk to public safety.”

Trump responded to the  social media company’s decision to suspend his account for two years, calling it an “insult” to his supporters.

“Facebook’s ruling is an insult to the record-setting 75M people, plus many others, who voted for us in the 2020 Rigged Presidential Election. They shouldn’t be allowed to get away with this censoring and silencing, and ultimately, we will win,” former President Donald Trump said in his Friday statement.

“Our Country can’t take this abuse anymore!”  he expressed of the tech giants move.

In a separate statement on Friday, the 45th President added, “Next time I’m in the White House there will be no more dinners, at his request, with Mark Zuckerberg and his wife. It will be all business!

“We know that any penalty we apply — or choose not to apply — will be controversial,” Facebook’s Nick Clegg said in a blog post. “We know today’s decision will be criticized by many people on opposing sides of the political divide — but our job is to make a decision in as proportionate, fair and transparent a way as possible, in keeping with the instruction given to us by the Oversight Board.”

The former president was reportedly suspended for posts he had made regarding the 2020 election and the January 6 events at the Capitol. Other platforms, including Twitter, went further than Facebook and instituted a permanent ban on President Trump. 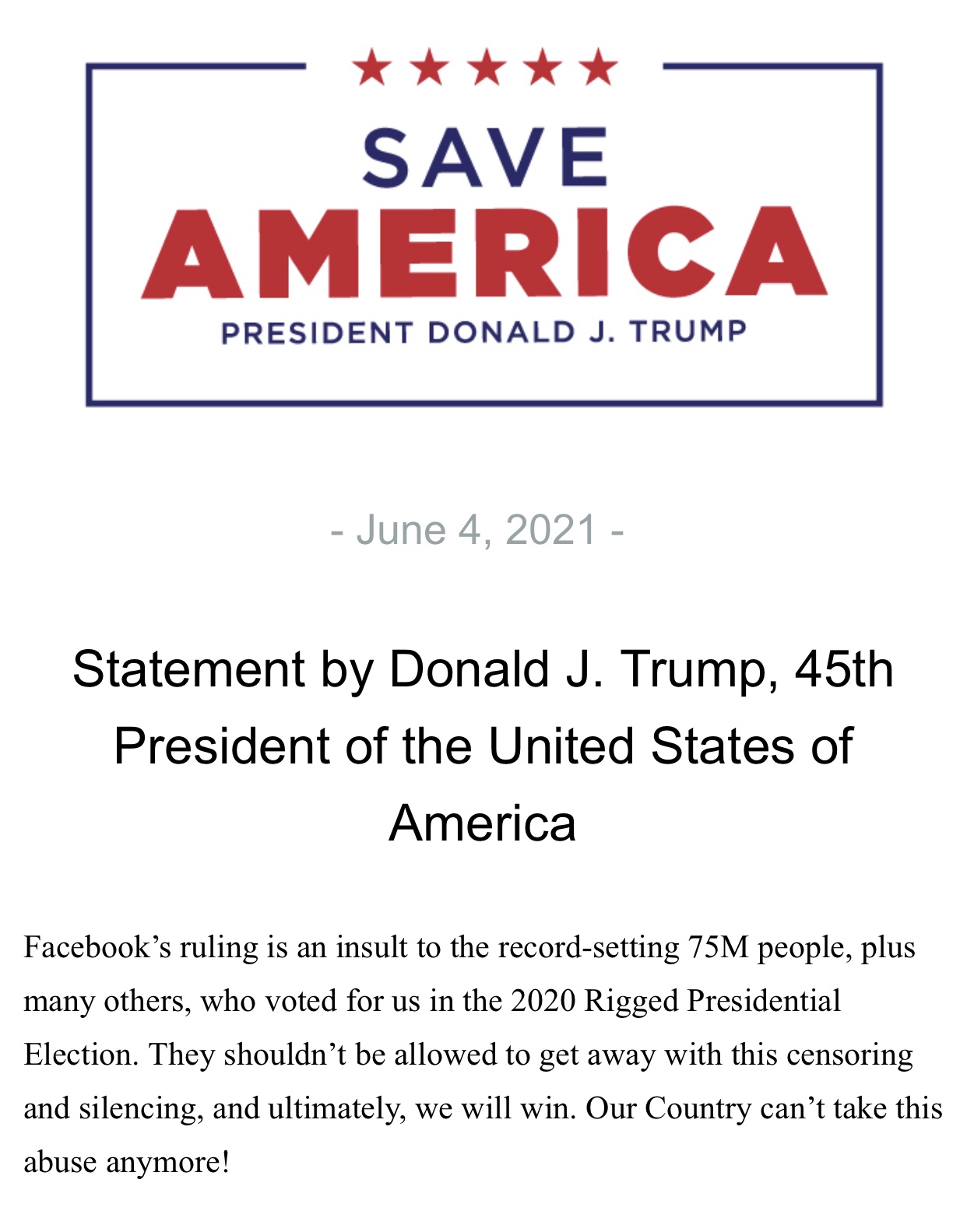 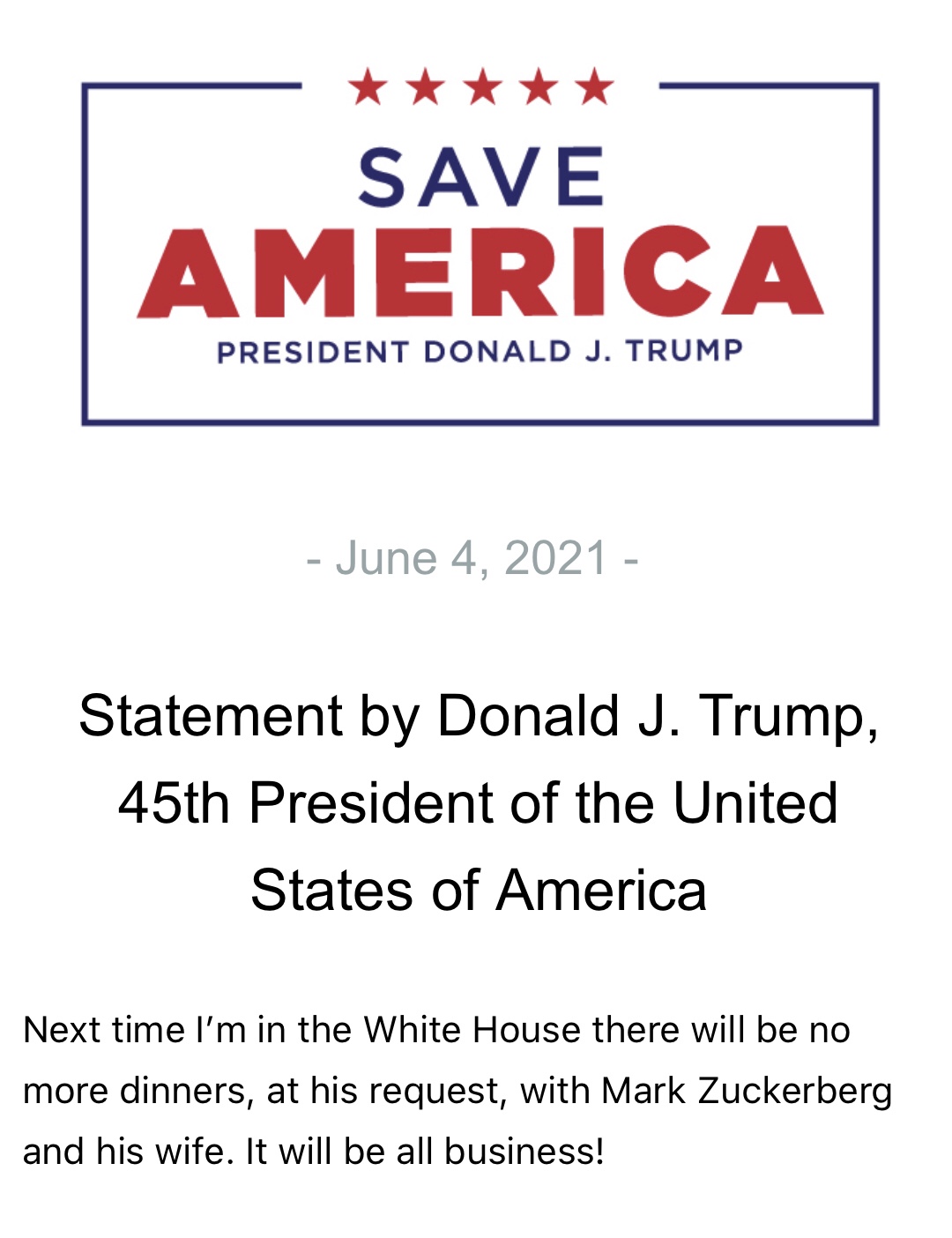