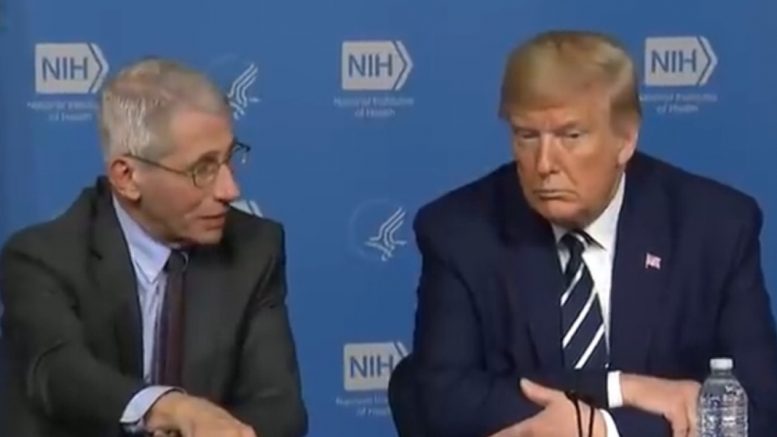 Former President Donald Trump pointed to the trove of emails belonging to Dr. Anthony Fauci to demand the scientist answer “questions,” including what he knew about “gain of function” research at the Chinese lab — and insisted that China pay $10 trillion to the United States for the possible virus leak, New York Post reported.

“There are a lot of questions that must be answered by Dr. Fauci,” the 45th President said in statement Thursday via email from his “Save America” PAC.

After seeing the emails, our Country is fortunate I didn’t do what Dr. Fauci wanted me to do. For instance, I closed our Borders to China very early despite his not wanting them closed. The Democrats and the Fake News Media even called me a “xenophobe.” In the end, we saw this was a life-saving decision, and likewise with closing our borders to Europe, specifically to certain heavily infected countries.

I was later given credit, even by “Tony,” for saving hundreds of thousands of lives. Dr. Fauci also didn’t put an emphasis on speed of vaccine production because he thought it would take 3, 4, or maybe even 5 years to create. I got it done in less than 9 months with Operation Warp Speed. In retrospect, the vaccine is saving the world.

Then, I placed the greatest bet in history. We ordered billions of dollars’ worth of vaccines before we knew it even worked. Had that not been done, our wonderful vaccines would not have been administered until October of this year. No one would’ve had the shot that has now saved the world and millions of lives! Continued Below

Also, Dr. Fauci was totally against masks when even I thought they would at least be helpful. He then changed his mind completely and became a radical masker!

There are a lot of questions that must be answered by Dr. Fauci. The funding of Wuhan by the U.S. was foolishly started by the Obama Administration in 2014 but ended under the Trump Administration. When I heard about it, I said “no way.” What did Dr. Fauci know about “gain of function” research, and when did he know it?

In a second email, Trump added, “Now everyone, even the so-called ‘enemy,’ are beginning to say that President Trump was right about the China Virus coming from the Wuhan Lab. The correspondence between Dr. Fauci and China speaks too loudly for anyone to ignore. China should pay Ten Trillion Dollars to America, and the World, for the death and destruction they have caused!” Continued Below 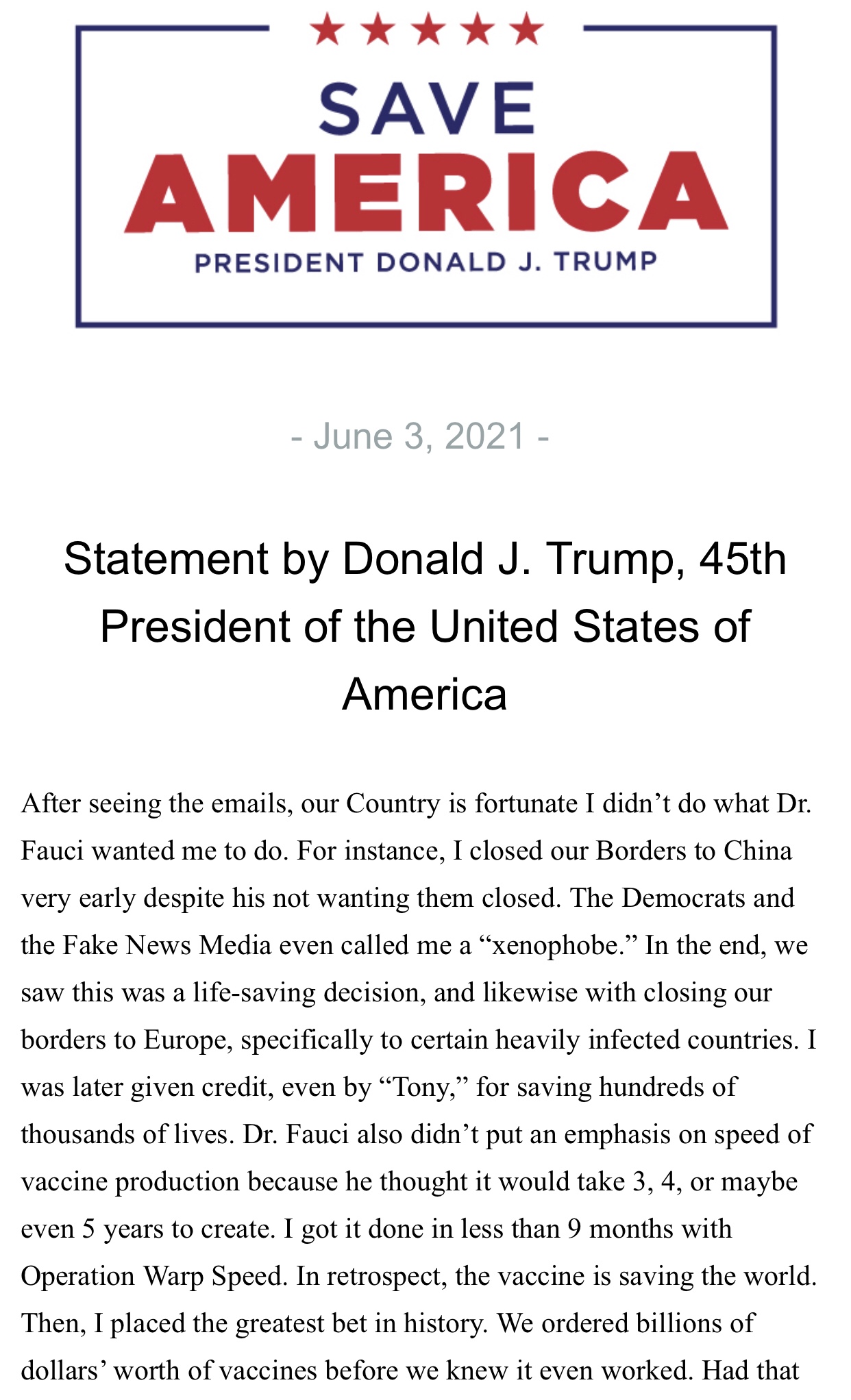 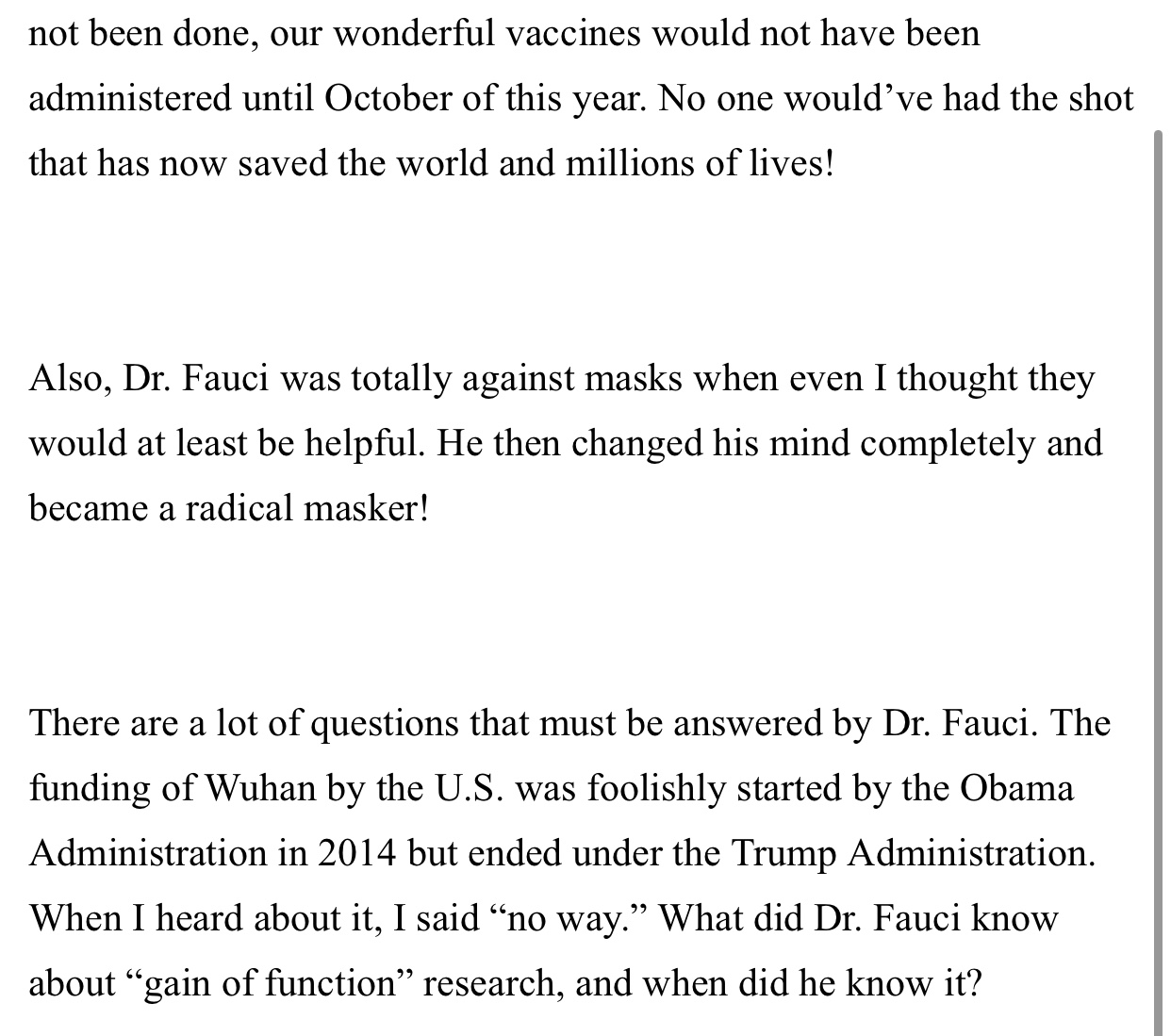 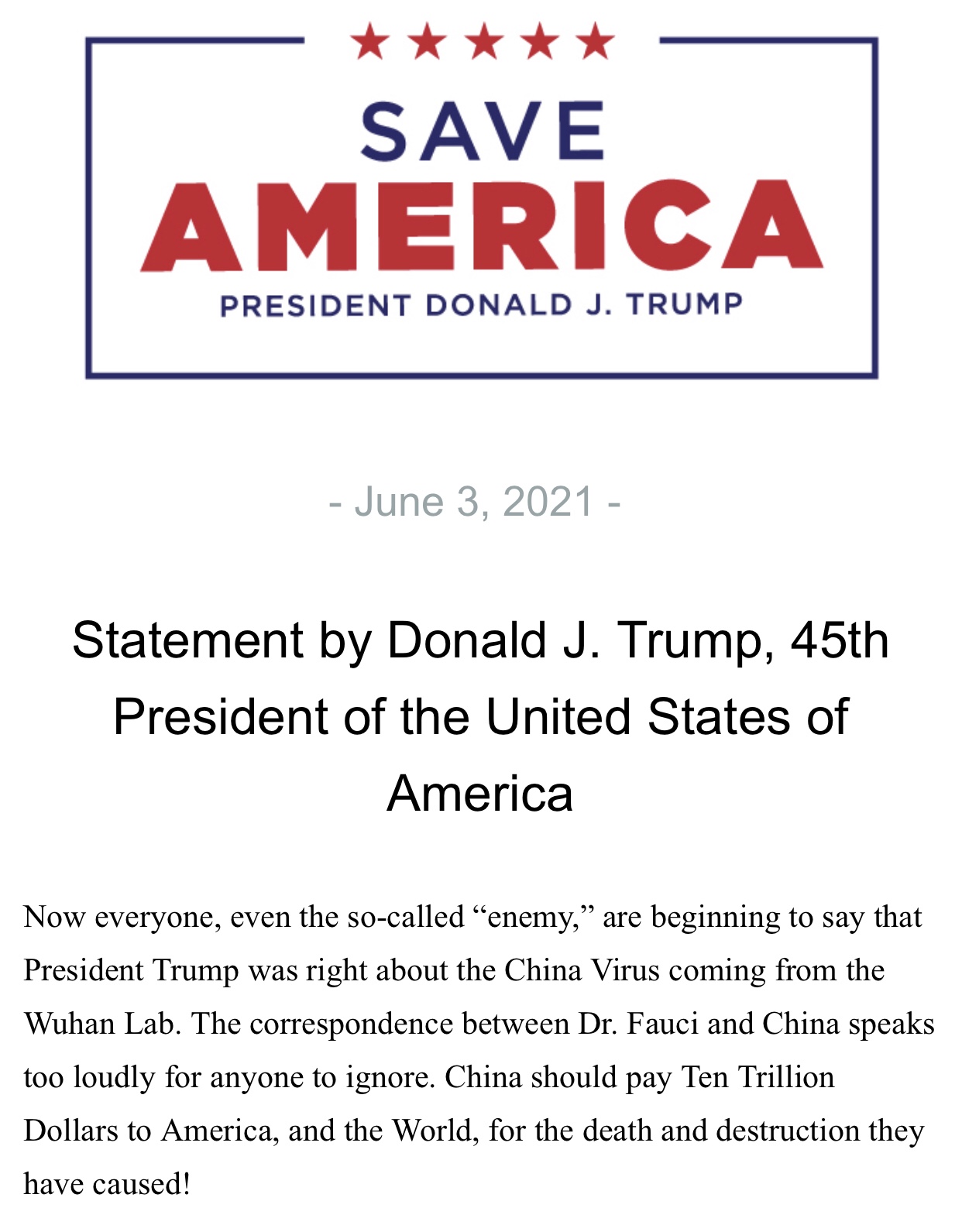 We leave you with Fox News’ Tucker Carlson reacting to Dr. Fauci’s emails on Wednesday evening: