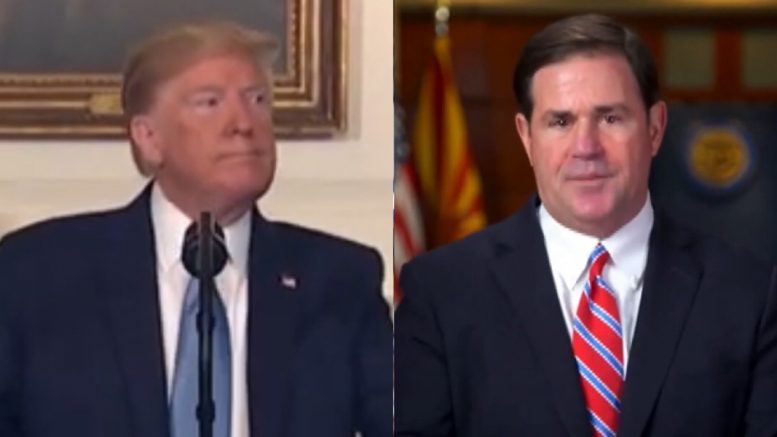 Arizona Governor Doug Ducey (R) on Friday, vetoed 22 bills, claiming that he will not sign anything until the legislature passes a budget.

Former President Donald Trump reacted in a statement on Wednesday via email from his “Save America” PAC, calling out the “RINO” Arizona governor and urging Attorney General Mark Brnovich “to step it up”.

“Incredible to see that RINO Governor Doug Ducey of Arizona just vetoed a bill that would have outlawed Critical Race Theory training for State employees, and another that would have banned the mailing of ballots to citizens who never requested them. He did this under the guise of passing a budget,” Trump suggested.

“For those of you who think Doug Ducey is good for Arizona, you are wrong. Our Country needs Attorney General Mark Brnovich, who has done little so far on Voter Integrity and the 2020 Presidential Election Scam, to step it up—but patriotic Republicans in the State Senate are making up for unelectable RINOs,” the 45th President said.

In a statement on Twitter last week, Ducey said, “Today, I vetoed 22 bills. Some are good policy, but with one month left until the end of the fiscal year, we need to focus first on passing a budget. That should be priority one. The other stuff can wait.” Continued Below

“We have the opportunity to make responsible and significant investments in K-12 education, higher education, infrastructure and local communities, all while delivering historic tax relief to working families and small businesses,” he wrote.

“Once the budget passes, I’m willing to consider some of these other issues. But until then, I will not be signing any additional bills. Let’s focus on our jobs, get to work and pass the budget,” Ducey added.

Republicans have only a one-vote majority in both houses of the legislature, and were unable to muster enough votes to pass the budget as talks fell apart last week over a flat-tax issue, the Arizona Mirror reported. Continued Below

Senate Bill 1074 targeted Critical Race Theory. It would have prohibited any training for government employees involving racism and sexism “that presents any form of blame or judgment on the basis of race, ethnicity or sex.”

House Bill 2792 would have made it a felony for an election official to send a ballot to a voter who did not request one. That bill, according to the Mirror, was written in response to Democratic election officials, including former Maricopa County Recorder Adrian Fontes, who tried to send early ballots to all voters during the COVID-19 pandemic of 2020.

Fontes was barred from carrying out his plan by a Maricopa County judge.

Among the other vetoed bills were one to put new requirements on how pregnant prison inmates are treated, one to allow certain sex offenders to petition for change of status after 10 years of non-offense, and one to require emergency shelter for homeless seniors. Video Below 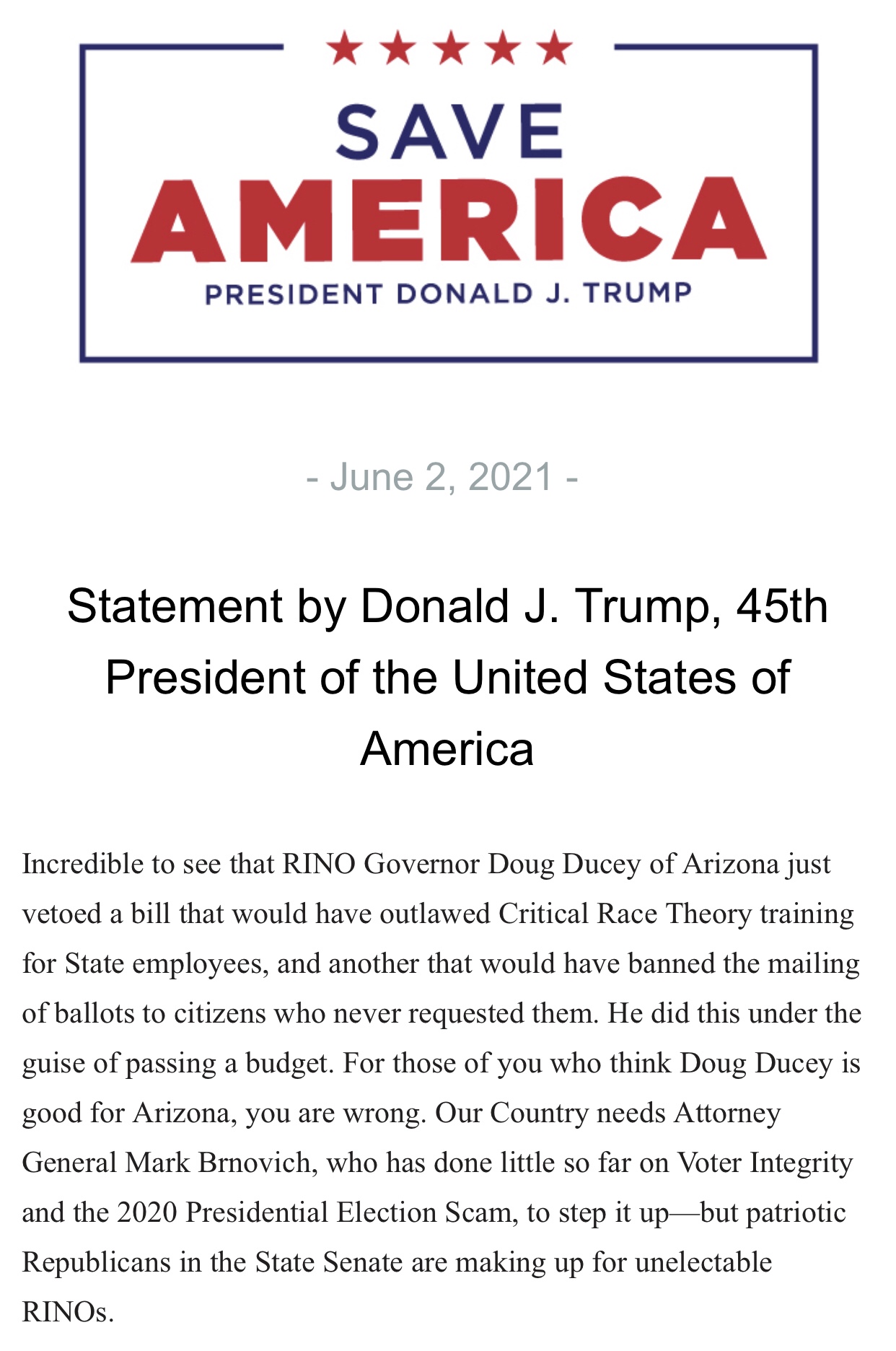