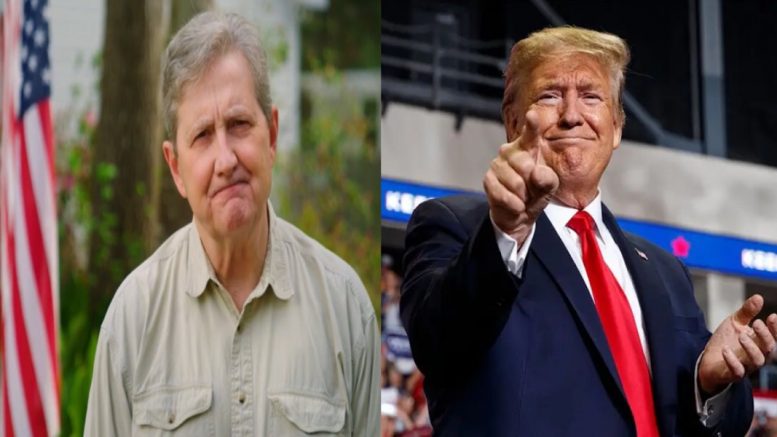 Senator John Kennedy (R-LA) formally launched his 2022 re-election campaign on Tuesday, promising to his constituents that “come hell or high water– your values will be my values, and I will never be silent– never– when the nut jobs tell me to sit down and shut up.”

The 45th President issued a statement Wednesday, via email from his “Save America” PAC, announcing his “complete and total endorsement” for the Louisiana Senator, expressing that Kennedy “is the real deal”.

Senator Kennedy, in a video announcing his Senate re-election, also pledged that “I will not let you down– I’d rather drink weed killer.”

The Republican senator touted that “in the last five years, we’ve accomplished a lot,” but he charged that “now the socialists are racing to undo it all. So, my job– our job– isn’t finished. Today, I’m announcing that I’m running for re-election for the United States Senate.”

In a Wednesday statement, former President Donald Trump said, “Fantastic news for Louisiana and the U.S.A.—Senator John Kennedy will be seeking re-election! John is strong on Crime, the Border, our Military, our Veterans, Pro-Life, Energy and the Economy, and our very much under siege Second Amendment.”

“Unlike Louisiana’s other Senator, Bill Cassidy, who used my name in ads and all over the place in order to get re-elected, and then went ‘stupid,’ John Kennedy is the real deal—a brilliant and highly educated man who will never let you down. He has my Complete and Total Endorsement!” Trump declared. Continued Below

I promise I will always be your voice during the good times and the bad.

Come hell or high water, your values will be my values. I will never be silent when the radical nut jobs tell me to sit down and shut up.

Today, I announced I’m running for re-election to the U.S. Senate. pic.twitter.com/Mo9WV7XYAZ

In early March, well before Kennedy announced his re-election, President Trump endorsed the Louisiana senator in 2022. 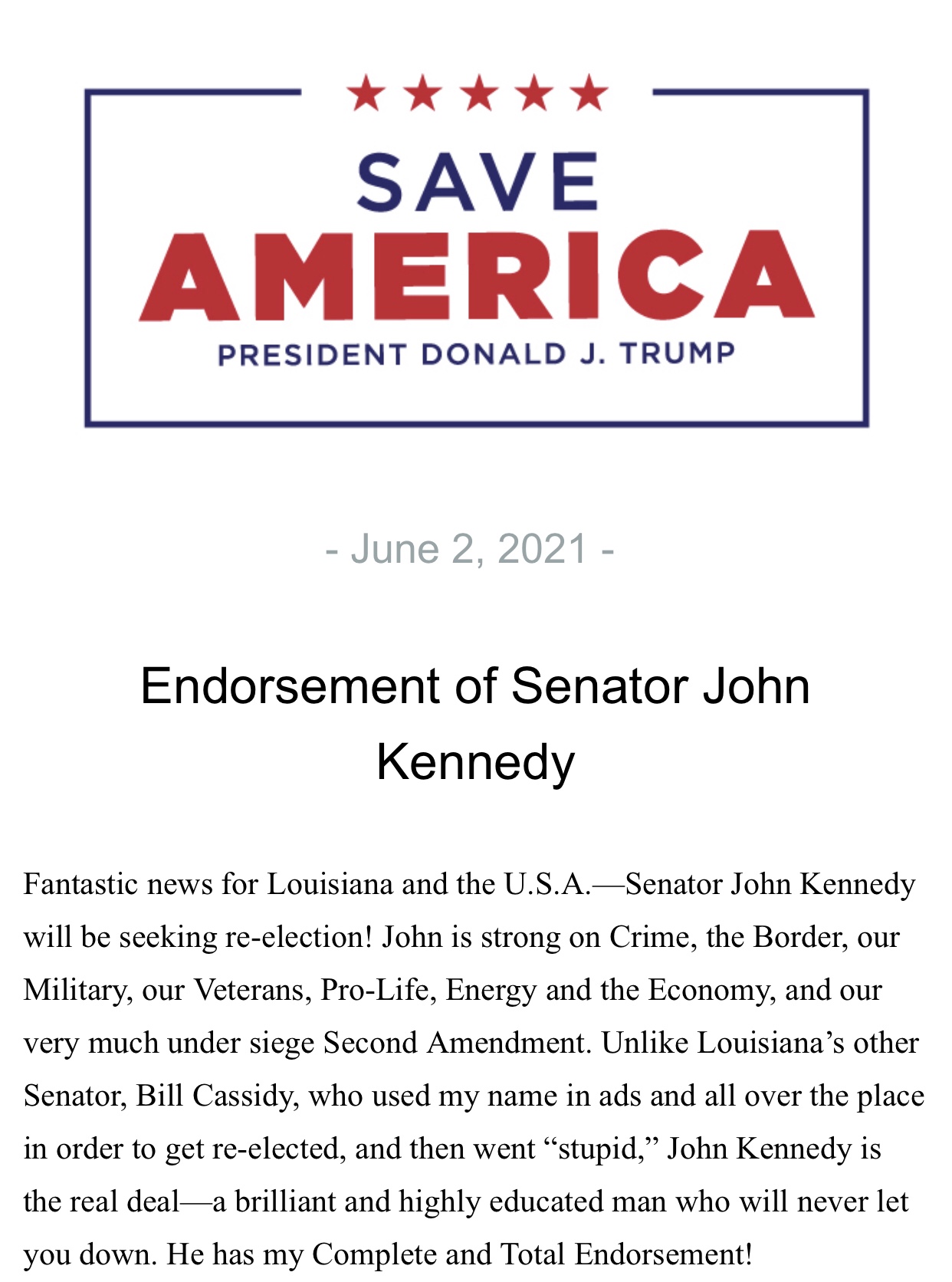