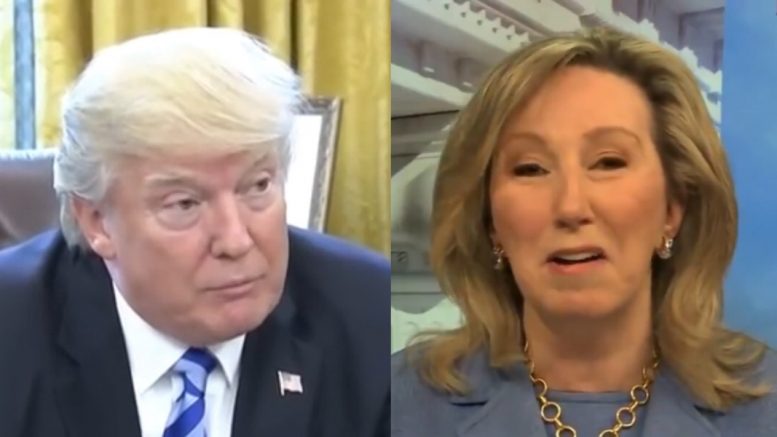 The 45th President issued a statement via email from his “Save America” PAC on Tuesday, appearing to troll former Congresswoman Barbara Comstock (R-VA) after she made remarks Sunday on NBC’s “Meet the Press”, alleging that Republicans would not miss former President Donald Trump if he were to disappear tomorrow.

RINO Former Congresswoman Barbara Comstock of Virginia, who lost her race conclusively to someone she should have easily beaten, now goes around telling Republicans how to get elected. She had no problems being with me while in the Oval Office, or when she needed something.

She and other RINO losers like Mitt Romney, Little Ben Sasse, Lisa Murkowski, Liz Cheney, Adam Kinzinger, and Karl Rove are what’s really wrong with the Republican Party, not the great MAGA Republicans, Conservatives, and Patriots!

Along with his statement, Trump attached a picture of himself sitting in the Oval Office with Comstock standing behind him. Continued Below 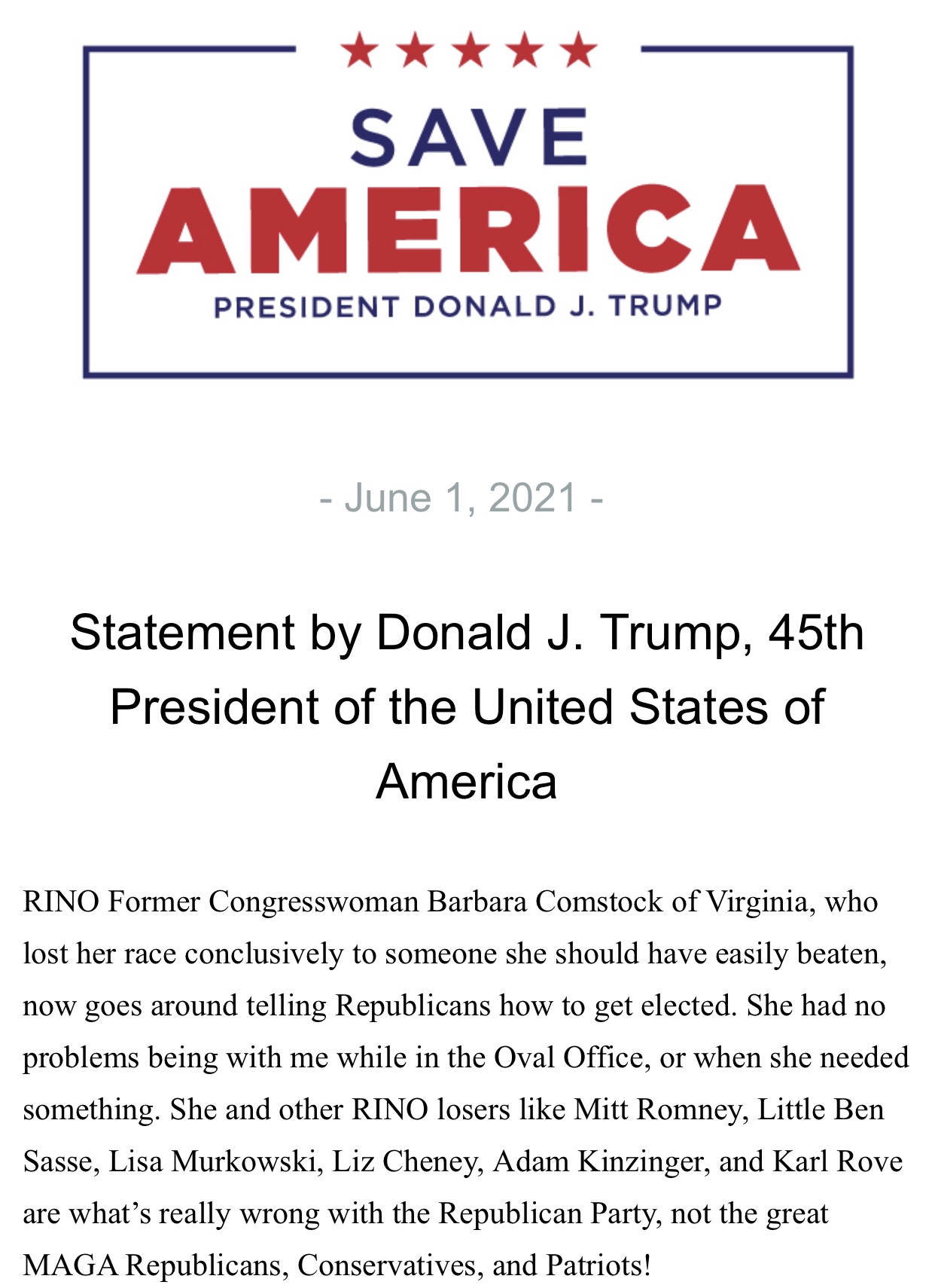 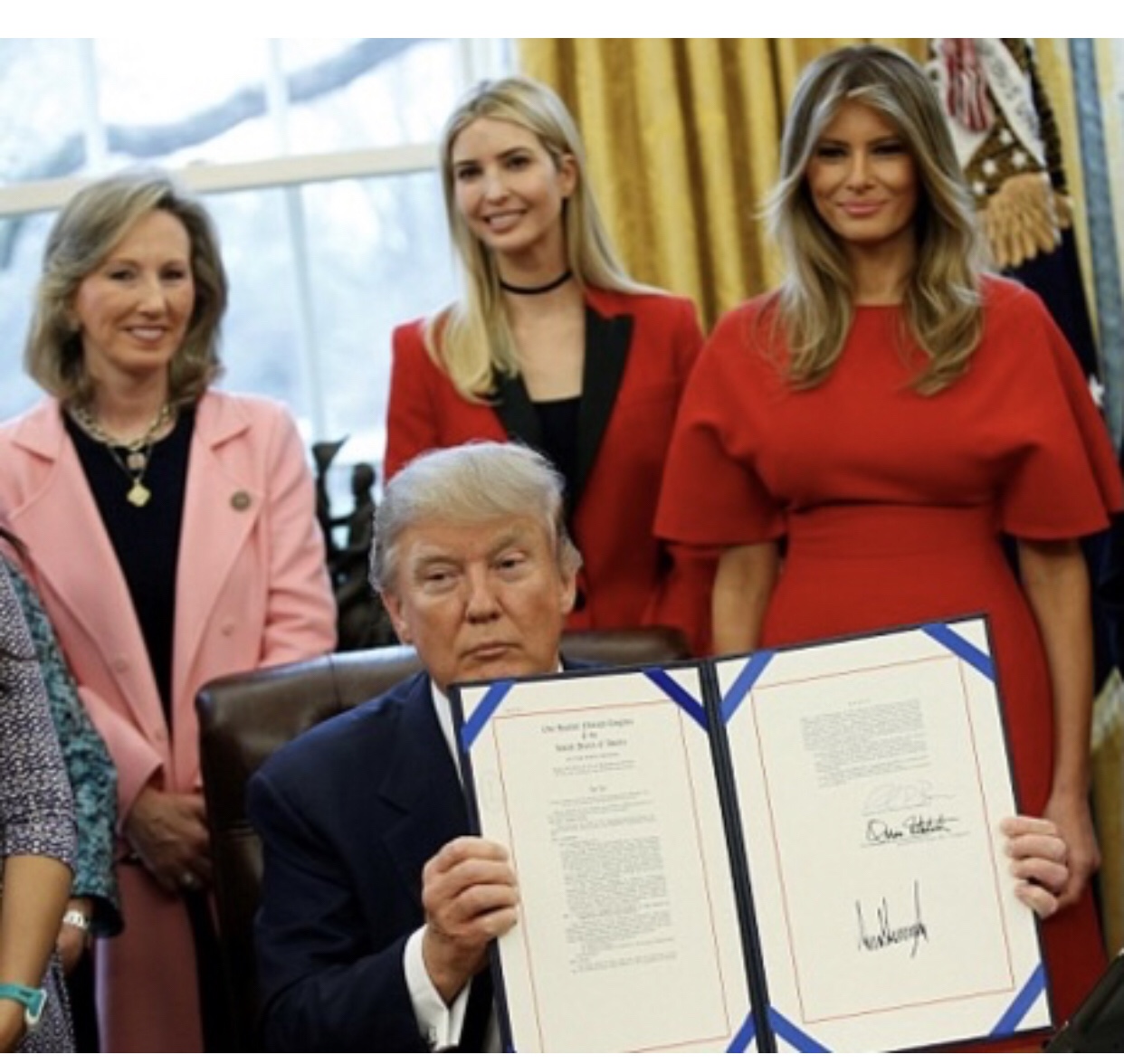 “Maybe a few prosecutors. But not Republicans.” pic.twitter.com/3VbYqG5Oh3

(Related: Trump Urges ‘No More Money For RINOS’ In His Latest Statement: “They Do Nothing But Hurt The Republican Party”)