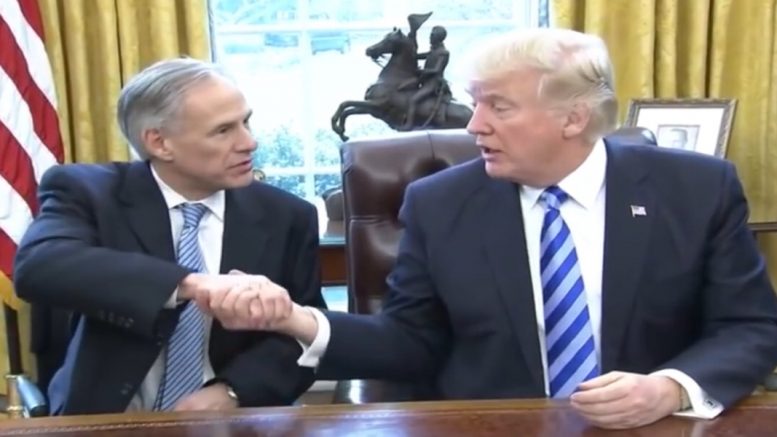 The 45th President issued a statement Tuesday via email from his “Save America” PAC, announcing his “complete and total endorsement” for Texas Governor Greg Abbott (R) for re-election on Tuesday, June 1.

Governor Abbott is up for re-election in 2022 and already has a primary opponent: former Texas Senator Don Huffines (R).

Greg Abbott is a fighter and a Great Governor for the incredible people of Texas. No Governor has done more to secure the Border and keep our communities safe than Governor Abbott.

Greg is a staunch defender of the Second Amendment and has made Texas a Second Amendment Sanctuary State. Texas has become a job-creating machine, and our partnership helped restore America’s economic power and success.

Greg is also very tough on crime, fully supports the brave men and women of Law Enforcement, and is all in on Election Integrity. Governor Greg Abbott will continue to be a great leader for the Lone Star State, and has my Complete and Total Endorsement for re-election. He will never let you down! Continued Below

Governor Abbott responded to the 45th President’s endorsement and issued he following statement:

President Trump is a great friend of Texas, and I thank him for his endorsement.

I am proud of the work we have done together to secure our border, bring more jobs to Texas, and protect the freedoms that make America and Texas great—and we are just getting started. I thank President Trump for his leadership, and I will continue to fight for the values that make Texas the greatest state in America. Continued Below

Last month, President Trump also endorsed Lieutenant Governor of Texas Dan Patrick, saying that Patrick has “stood up for up for Life, Liberty, the Second Amendment, Border Security, our Military and our Vets, and our God-given Freedoms.”

In February, the 45th President warned sitting Republican lawmakers that he could back primary challengers if he deems them to be insufficiently loyal.

“Where necessary and appropriate, I will back primary rivals who espouse Making America Great Again and our policy of America First. We want brilliant, strong, thoughtful, and compassionate leadership,” President Trump said in a statement at the time. 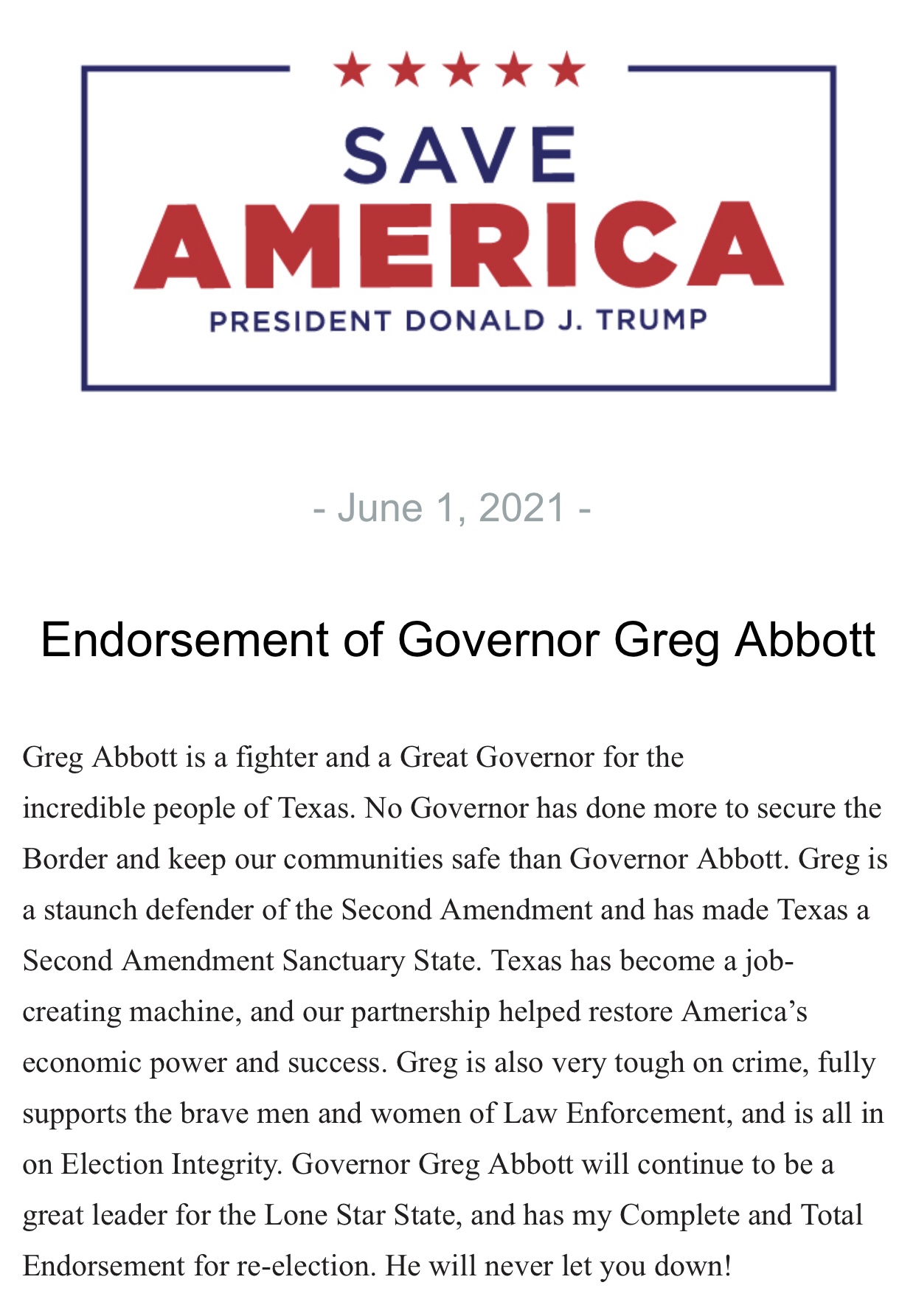