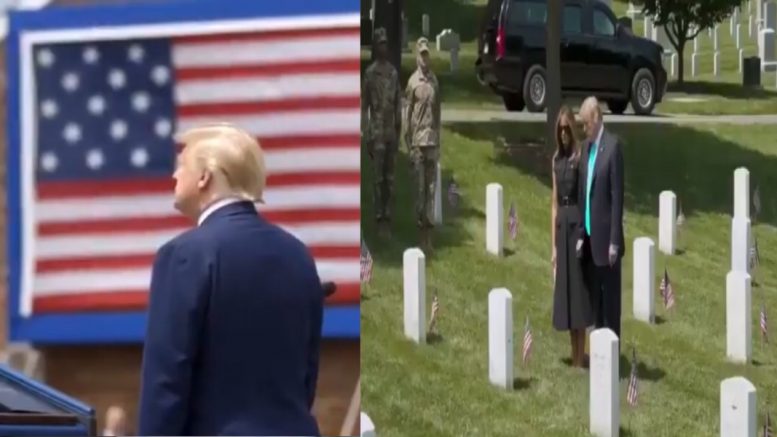 The 45th President issued a statement Monday via email from “The Office of Donald J. Trump“, honoring “the fallen heroes” who made the “supreme sacrifice” for their country in a Memorial Day message, as he reminded Americans that “all that we are” is thanks to them.

On this Memorial Day, we remember the fallen heroes who took their last breaths in defense of our Nation, our families, our citizens, and our sacred freedoms. The depth of their devotion, the steel of their resolve, and the purity of their patriotism has no equal in human history. On distant battlefields, in far-off oceans, and high in the skies above, they faced down our enemies and gave their lives so that America would prevail.

They made the supreme sacrifice so that our people can live in safety and our Nation can thrive in peace. It is because of their gallantry that we can together, as one people, continue our pursuit of America’s glorious destiny.

We owe all that we are, and everything we ever hope to be, to these unrivaled heroes. Their memory and their legacy is immortal. Our loyalty to them and to their families is eternal and everlasting.

America’s warriors are the single greatest force for justice, peace, liberty, and security among all the nations ever to exist on earth. God bless our fallen Soldiers, Sailors, Coast Guardsmen, Airmen, and Marines. We honor them today, forever, and always. Continued Below 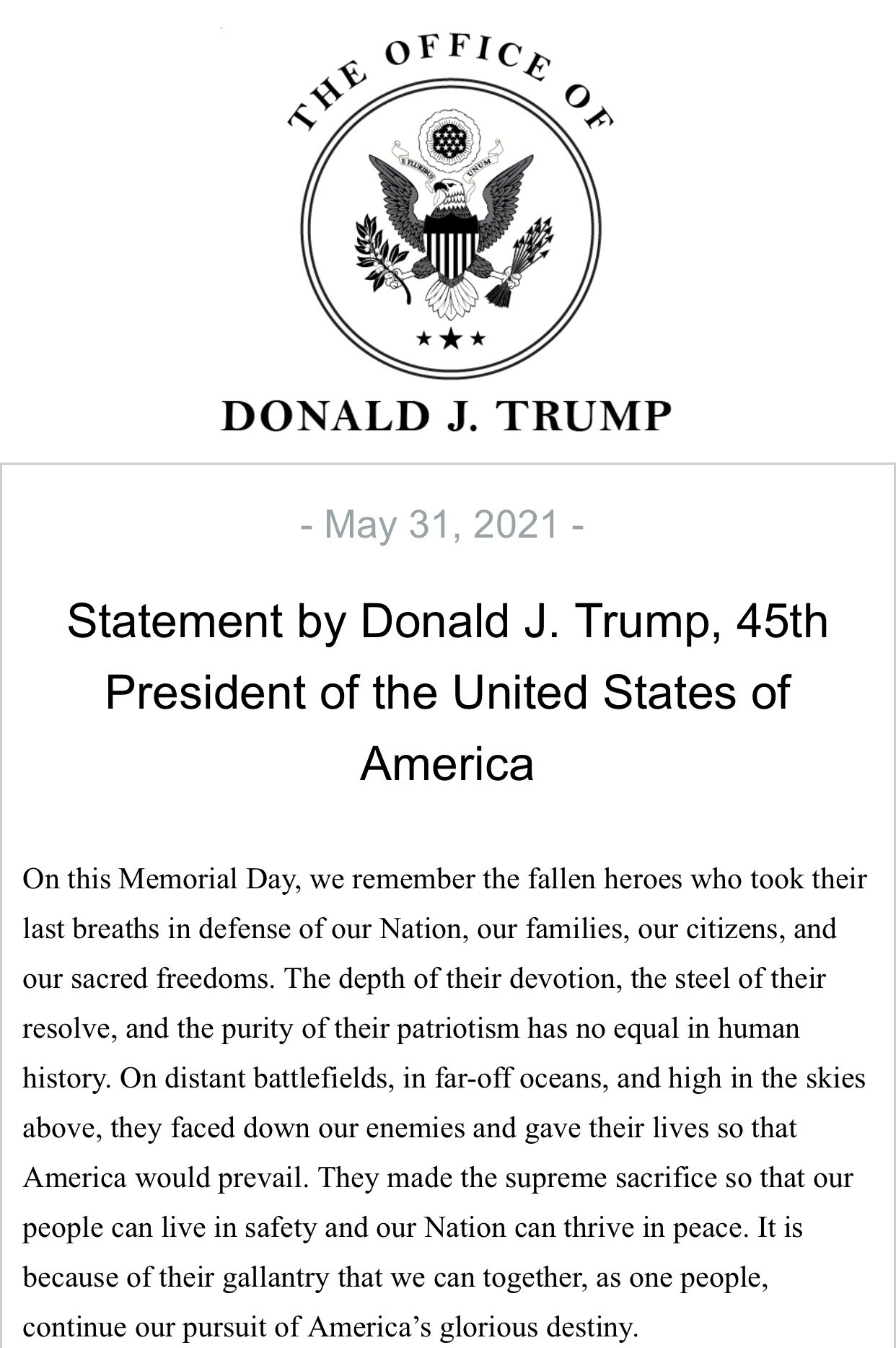 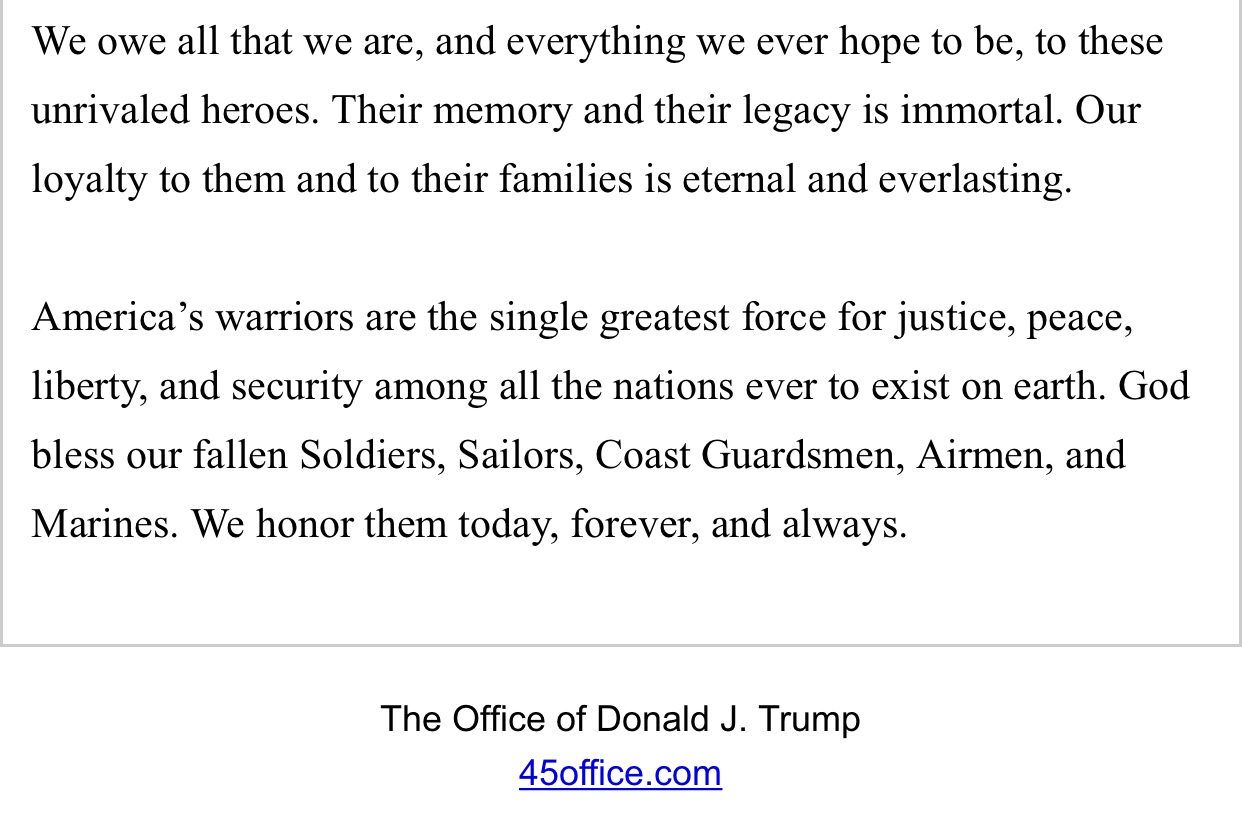