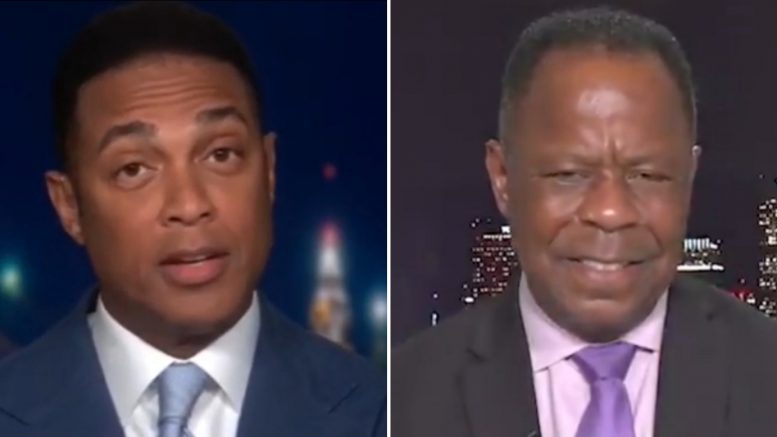 Fox News contributor Leo Terrell fired back after Don Lemon suggested the Republican party is ‘the party of anti-Semitism’.

“That’s what the Republican party is right now. That’s who you are right now… own it!” Lemon said during his Tuesday night program. “The party of insensitive statements about the Holocaust and Jewish people. The party of anti-Semitism.”

In response, Mr. Terrell stated as follows during Saturday’s airing of Justice With Judge Jeanine:

“I will be very clear. Don Lemon is a fraud.

“I mean, let’s go through the laundry list of the anti-Semitic haters on the left. Let’s start out with Louis Farrakhan — a history of anti-Semitic views. Al Sharpton… this man has made a living off of anti-hate, anti-Semitic rhetoric. And then you got ‘The Squad’ — Tlaib, Omar, AOC — making a moral equivalency of Israel and Hamas? They are terrorists!… Calling Israel terrorists?! The most pro-Israel president ever — Donald J. Trump.

“And I’ll tell you right now, all Don Lemon is doing, Judge, is doing the dirty work for the Democrats because they have a laundry list of anti-Semitic haters.” Video Below

“Don Lemon is a fraud…” – @TheLeoTerrell doesn’t hold back when it comes to the left-wing media in America pic.twitter.com/2ZlhwfDROu