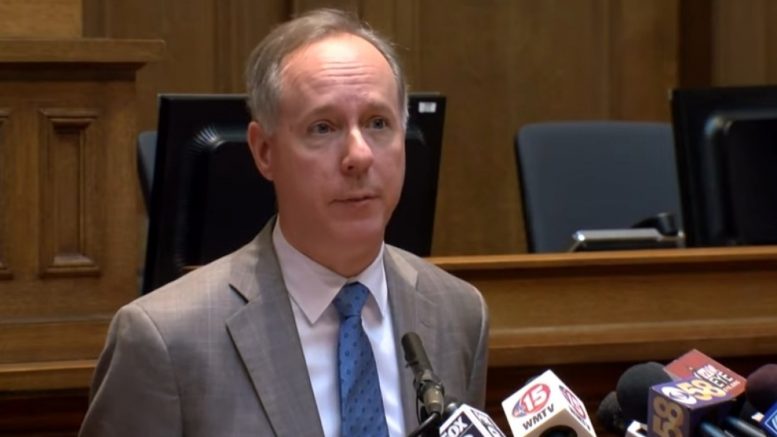 Wisconsin state Assembly Speaker Robin Vos signaled earlier this week his plan to hire retired police officers to conduct an investigation into irregularities of the 2020 election.

“We need to have a fact basis to continue to show the public in Wisconsin that, number one, we continue to take these irregularities seriously, and that at the end of the day, the laws that we proposed are based on facts in addition to anecdotes,” Vos is quoted as telling Wisconsin State Journal.

As reported by Wisconsin Journal Sentinel:

“Vos in a Wednesday interview said he was giving the investigators a broad mandate to spend about three months reviewing all tips and following up on the most credible ones. In addition to the grant spending, he said they may look into claims of double voting and review how clerks fixed absentee ballot credentials.”

Related Article: Trump: “There Is Gonna Be A Big Problem…When People Find Out All Of These States Are Gonna Flip”

“Is there a whole lot of smoke or is there actual fire? We just don’t know yet,” Vos is quoted as telling the newspaper.

“My hope is that they come back and they build the case to show Gov. (Tony) Evers and the Democrats who are in the ‘Casablanca’ mode — ‘nothing to see here,’ ‘everything’s fine,’ ‘they just want to suppress the vote.’ No. These are professional investigators,” Vos concluded. Video Below

Here is a video from The Epoch Times, giving a rundown of the latest developments: