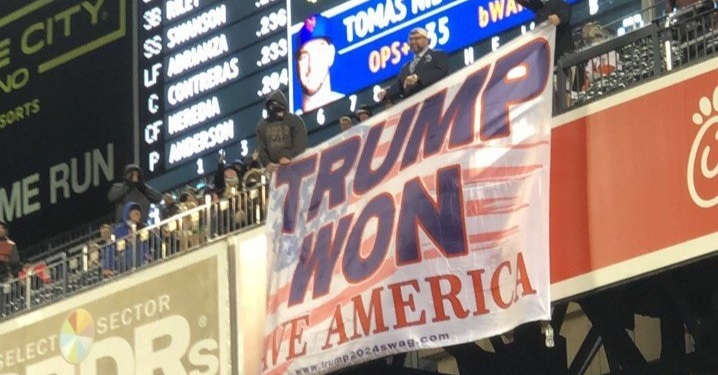 A ‘TRUMP WON’ banner was unfurled at another one of New York City’s Major League Baseball stadiums on Saturday.

It was the second incident to hit the Big Apple in less than a week.

On Saturday, an image and video surfaced on social media showing a ‘TRUMP WON – SAVE AMERICA’ banner in the stands that overlook the outfield at Citi Field as the New York Mets hosted the Atlanta Braves. The fans responsible for pulling off the stunt were eventually escorted out.

Just two days earlier, two MLB fans were booted out of a game that was held at Yankees Stadium after they displaying a similar “TRUMP WON” banner in the stands, causing the crowd to boo.

YOU CAN READ MORE ON THAT BY CLICKING HERE