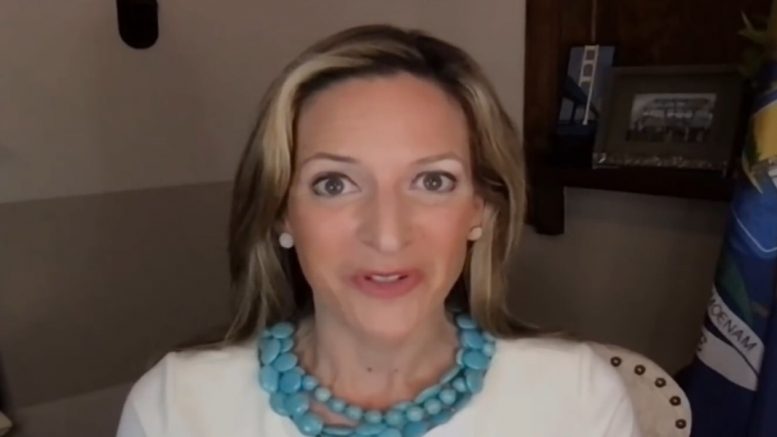 The Michigan secretary of state office has told two county clerks that they do not legally have to provide access to voting equipment maintained by their office if ordered to do so by county boards.

“The Board has no authority to require you or any municipal clerk to provide external access to voting equipment maintained by your offices, and neither you nor municipal clerks in Cheboygan County should provide this access,” Jonathan Brater, director of the Michigan Bureau of Elections, told Cheboygan County clerk Karen Brewster in a May 20 letter obtained by The Epoch Times.

Another official from the office of Secretary of State Jocelyn Benson, a Democrat, sent a similar letter on the same day to the clerk in Antrim County, conveying the view that the board of commissioners there has no authority to require an audit or compel the providing of election records.

Commissioners can seek such records through a freedom of information act request, Lori Bourbonais, director of the Elections Administration Division at the bureau wrote. “However, they have no authority to direct county or local clerks to provide this information, nor are any opinions they have about the manner in which local clerks conduct voting and registration transactions binding on local clerks in any way,” she added.

Brewster and Antrim County clerks were also advised not to grant access to voting equipment to firms not accredited by the U.S. Election Assistance Commission. Continued Below

In Cheboygan County, the Board of Commissioners tasked a subcommittee to explore the desire by some residents to have an audit of the 2020 presidential election. The subcommittee has been looking at different things and trying to collect more data, Board Vice Chairman Sangster told a meeting late last month.

State law indicates that county boards lease, buy, or otherwise acquire electronic voting systems, including machines. That means the boards can order an audit, Beth Bridgman, leader of a group called the Cheboygan Freedom Fighters that is advocating for an audit, told The Epoch Times.

“Our county paid for those machines, right? On behalf of the people, our commissioners did. And those machines are our physical property,” she said. Video Below

Michigan Secretary of State Jocelyn Benson (D) told MSNBC’s Lawrence O’Donnell on Thursday, “We’re seeing a continuation of the big lie, where individuals are trying to find other ways to keep the misinformation alive, to stay in the news, to stay relevant, and also intervene with our security protocols.”

“In our state at local level, county governments, cannot simply hand over access to secure ballots or voting machines, or other types of materials that we use to make sure our elections are secure. And my job is to make sure the law is followed and those security protections stay in place against those who would seek to ways to continue to undermine our democracy in our state,” Benson said.

Meanwhile, a Michigan judge ruled in March that Secretary of State Jocelyn Benson violated the Administrative Procedures Act when she unilaterally issued rules related to absentee balloting, legitimizing a key claim made by the Trump campaign in its legal challenges to the 2020 election.

The court’s opinion concluded: “…nowhere in this state’s election law has the Legislature indicated that signatures are to be presumed valid, nor did the Legislature require that signatures are to be accepted so long as there are any redeeming qualities in the application or return envelope as compared with the signature on file. Policy determinations like the one at issue — which places the thumb on the scale in favor of a signature’s validity — should be made pursuant to properly promulgated rules under the APA or by the Legislature.”

(Related: Bernie Gets Interrupted By A Flag-Waving Trump Supporter While Stumping For Biden In Michigan)