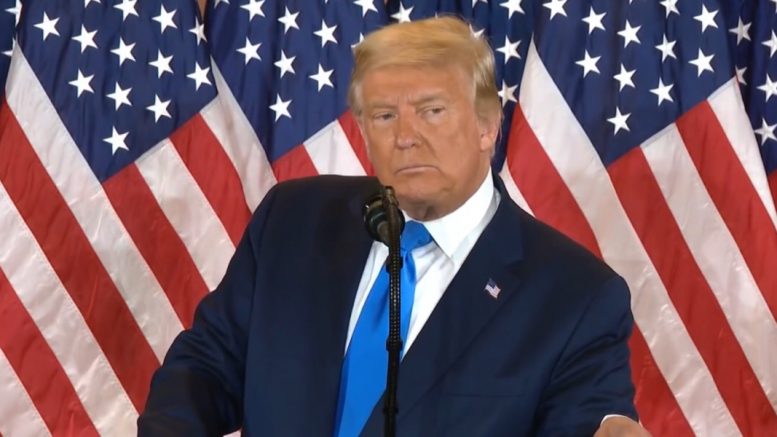 The 45th President issued a statement Thursday, via his “Save America” PAC, regarding the November 2020 general election as the Arizona Senate is currently conducting a forensic audit for  Maricopa County.

Former President Donald Trump claimed that “massive numbers of dead people voted” during the presidential election and the dead voters “even applied for an application to vote”.

Breaking News! Massive numbers of dead people “voted” in the 2020 Presidential Election, far greater than anyone has known or seen before.

Some of these “dead people” even applied for an application to vote. This is just one of the many fraudulent aspects of the 2020 Presidential Election.

People are just now beginning to understand! Continued Below 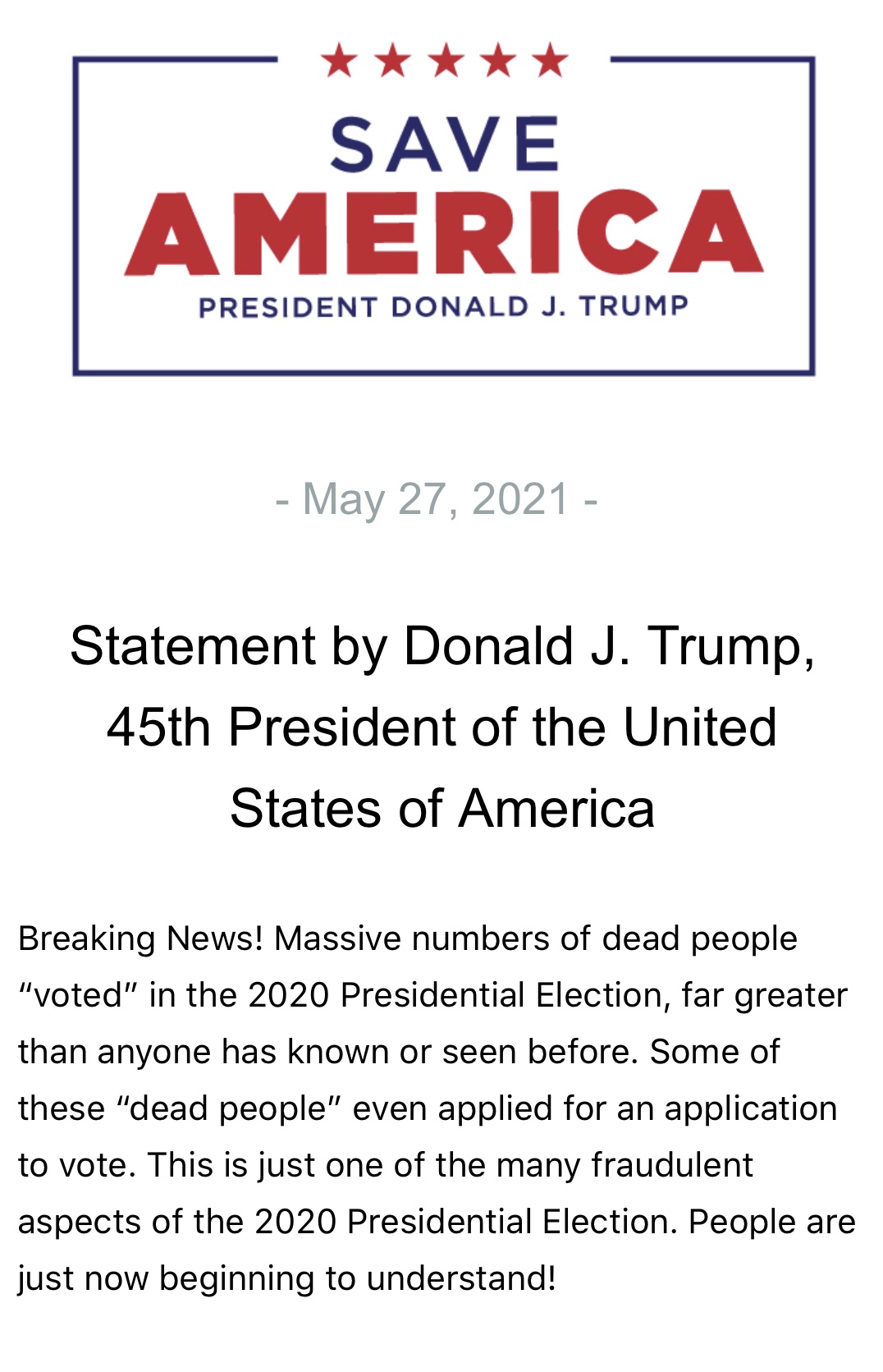 It is not entirely clear what the 45th President may precisely know or is referencing to, however, former New York City Mayor Rudy Giuliani told Steve Bannon on “War Room Pandemic” this week, “I’ll tell you why [Gov. Doug] Deucy has a lot to account for: whatever comes out now, he definitely certified a result that he knew was false.”

“It is totally impossible that no illegal immigrant voted in Arizona. I mean, it is impossible. … None were accounted for. They didn’t bother to check to see if anyone voted was an illegal immigrant,” Giuliani claimed. “But we had an expert come in. The most he could do was sort of a speculative analysis. He said, ‘Bare minimum, 30,000, could be as high as 80,000’. … We’ll get the names of the people who voted.” Video Below