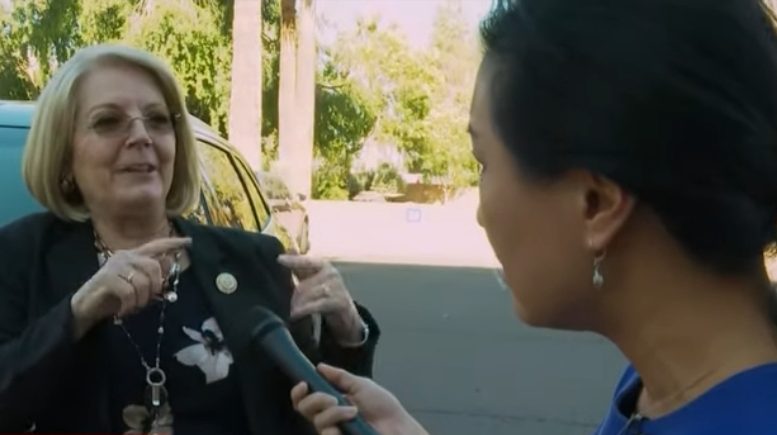 Arizona state senate leader Karen Fann didn’t buckle to a CNN reporter who tracked her down in a parking lot for an impromptu interview regarding the election audit that is currently underway Maricopa County audit.

“I don’t know what’s legit, what isn’t legit. But why wouldn’t we want to answer those questions?” Fann said to reporter Kyung Lah, as a microphone was shoved in her face.

“No,” Fann fired back. “I’m questioning the integrity of the election system.”

“Which is the backbone of democracy,” Lah interjected.

“That’s right!” Fann responded. “Which means we should have full, 100% confidence in our democracy and in our election system.”

“But you’re talking about trying to disprove conspiracies,” Lah said in response.

“If I have to, yes. Why wouldn’t we?” Fann replied. “If somebody says something is out there I would love to be able to say, ‘That’s not true guys.'”

“Aren’t you raising more questions by giving rise to these conspiracy theories?” Lah then asked.

“No,” Fann replied before turning the tables on Lah.

“Let me ask you a question,” Fann said. “Are you 100% confident that every vote that came in, in Arizona or any other state, can you say emphatically, 100% that no dead people voted, that ballots weren’t filled out by other people, that the chain of custody from the minute people voted, their ballots, that the chain of custody was accurate and on target the entire time?”

Lah insisted that “data” shows there was “no widespread fraud,” and declared that the 2020 election was “the most secure election in American history.” Video Below