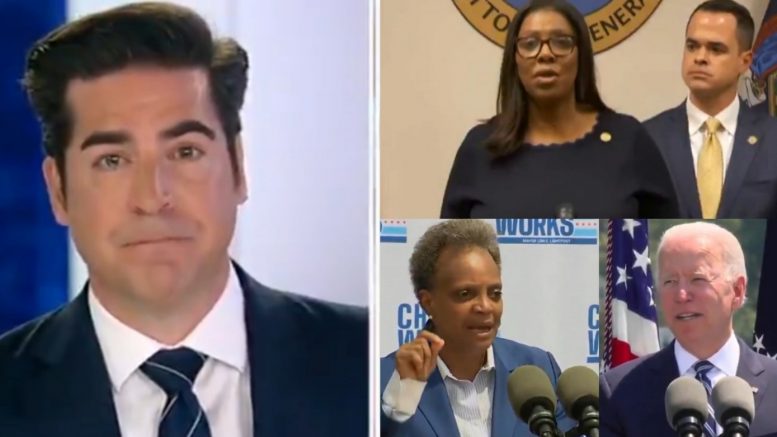 Jesse Watters asserts that the only thing the Democrat Party is good at doing is “attacking” anyone who is against their agenda.

Watters laid out his case during his Saturday night commentary titled, “We Got Problems”.

“The only thing Democrats are good at is attacking us,” Watters proclaimed at the opening of his segment. “They’re actually great at it. It’s honestly all they do.

“Instead of attacking problems, they just attack us,” he added. “Because to them, we’re the biggest problem.”

But the real problems are starting to pile up. The media doesn’t cover them because we didn’t cause them. Then once we point it out and try fixing it, we get attacked,” Watters said. Video Below

The only thing Democrats are good at is attacking us. #WattersWords pic.twitter.com/xmavyz6Jsf

Rep. Collins Rails Against Pelosi’s Decision To Keep Congress In Recess Until May 4: “Nancy Pelosi’s Emergency Is Only Nancy Pelosi”